Vault Festival: Tom And Bunny Save The World 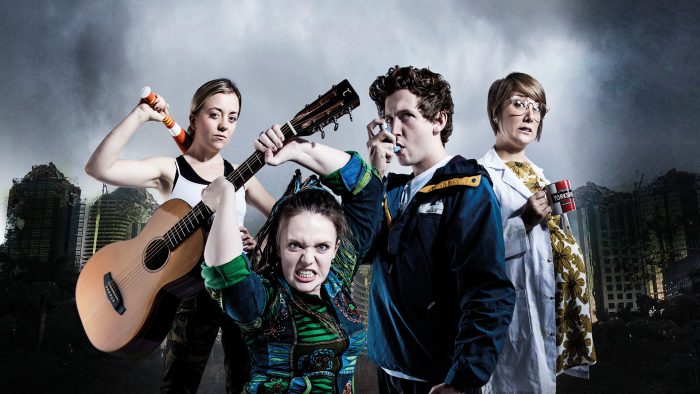 As 2018 falls to a zombie apocalypse, Tom and Bunny begin their perilous journey to Yorkshire in quest of sanctuary and a proper cup of tea. From the creators of the award-winning sellout hit Buzz: A New Musical comes a gender-stereotype destroying, black and bloody comedy with a live folk soundtrack. Join Tom and Bunny as they discover what it is to be British in a crisis.

★★★★★ “this production was the best I’ve seen all year” – A Dork in York
★★★★★ “Another must see show from this fabulous company” – Fairy Powered Productions
★★★★★ “the chemistry between the cast as a whole sizzles: you really get the sense that something special is happening in the room” – EdFringeReview