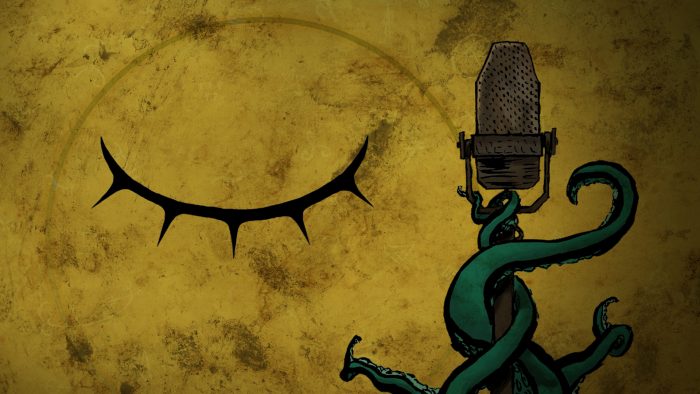 The Unseen Hour is an ongoing podcast, but each story stands alone. See two brand new episodes of the bizarre horror comedy back to back featuring appearances from special guest writers, performers and musicians. In this special anniversary show, after a year of successful monthly shows at The Rosemary Branch Theatre, The Unseen Hour returns to VAULT Festival where it all began.

These stories make take you to the belly of a whale, or into deep space. They may drag you back to the dawn of time or they may set a scene in a modern home. However, they all have something in common. There is always some terrible threat, some inescapable terror that closes in on our brave protagonists…

Listen to some episodes of The Unseen Hour podcast online at www.unseenhour.com, or on your podcast app in advance, or just come along and let the show surprise you!

The Unseen Hour has been described as “The Goon Show mixed with every imaginable genre of horror, SF, and other weirdness”, and “A must-listen for fans of Night Vale, Uncanny County and The Thrilling Adventure Hour”.

The guests for The Unseen Hour have spanned the world, and include both new upcoming writers and performers, and experienced and celebrated artists such as playwrights Camilla Whitehill, Jimmy Osborne, and Rebecca Crookshank.