A Nightmare on Elm Street @ PCC 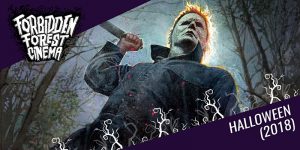 Brave your way through the forbidden forest before discovering an eerie woodland cinema, the perfect setting for your favourite horror film. Featuring some of the UK’s most beloved scary movies and fan favourites, Forbidden Forest Cinema is taking place from 23 October to 15 November 2020. More Info Here   Halloween 2018, Directed By: David… Read More »Forbidden Forest Cinema: Halloween (2018)