How The Exorcist Killed Horror

Does this sound familiar? 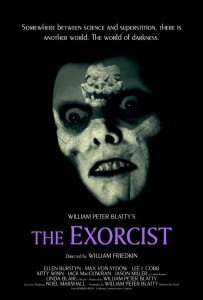 We’ve been told that this shiny new horror film is the bees knees. No really this time. Yes, we’ve heard the same thing about every other pre-released horror film, but this time it’s for certain. Why would they fool us twice?

And so, crew in tow, we gather together to the cinema (or at home) and sit in sweet anticipation for the one that will truly knock our socks off this time.

And boy oh boy, do we feel bitter with disappointment.

But why is this? Why are we time and again disappointed by many horror films that come out each year? Why do other genres such as drama, action, and thriller seem to be better received on average than our beloved genre?

What if I told you that it’s got nothing to do with the quality of writers and directors?

What if I told you that it’s got nothing to do with the budgets these movies are given?

What if I told you, that it has everything to do with horror being “scary”?

Yes. I’m of the opinion that the horror genre has been stymied by our desire for every film to give us balls-to-the-walls scares. The genre wasn’t always trying so hard to frighten us senseless, and it was at that time when it was generally better received.

For example, you know Universal Pictures? I’m sure you do (what you might not know is that they’re only the oldest film studio in the United States!). Their early success was due to their consistent output of great horror movies such as Dracula, Frankenstein, The Mummy, and The Wolf Man. While they contain schlocky B-grade shenanigans, it was the wrought storytelling within these films that made them classics.

And what about those 1960s horrors, such as Psycho, Night of the Living Dead, and Rosemary’s Baby? They may have taken the genre from old European castles to the contemporary American homes, but once again the acting, plot, and solid directing held precedence over pure scare tactics.

How horror changed forever in 1973

In fact, as I was searching through Psycho’s IMDb forums, I came across an interestingly titled thread: “How is this Horror?”. Strange, I thought. We should all know Psycho is a horror movie! But wanting to know why someone would ask such a silly question, I clicked through to read what the person had to say. Apparently, the film felt more like a mystery-thriller. Apparently, it wasn’t a ‘true horror film’ like The Exorcist. 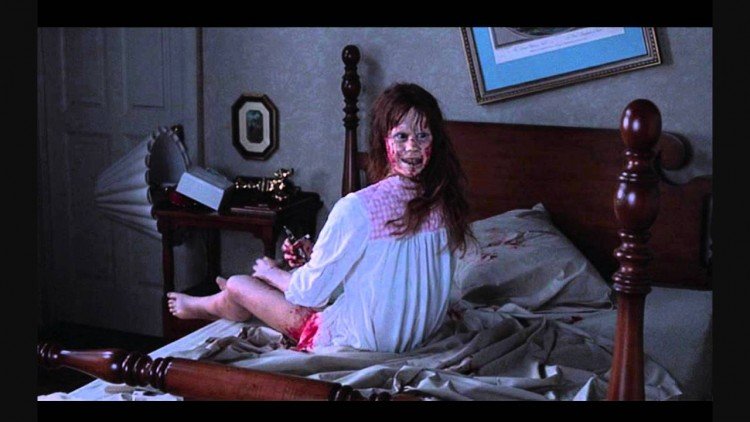 Bam. That right there is the problem.

Despite that, it went on to become one of the biggest critical and commercial successes of the year, but not without noting a change to the horror formula. Roger Ebert, the famous film journalist from Chicago had said in his review, “I am not sure exactly what reasons people will have for seeing this movie; surely enjoyment won’t be one, because what we get here aren’t the delicious chills of a Vincent Price thriller, but raw and painful experience. Are people so numb they need movies of this intensity in order to feel anything at all?”

Stephen King once also called The Exorcist part of the “Humourless, Thudding Tract school of horror writing.” He wrote that about the book, but it’s also true for the film (both film and book were written by William Peter Blatty), and thus true for the modern horror genre which The Exorcist influenced.

How do we best explain to the horror formula this seminal classic introduced? Let’s call it “Monotonous Fatalism.” Imagine the story is a one-track tram going up a mountain all the way to the top. As you ascend the mountain, the view around you doesn’t change much at all, except to become snowier and rockier.

There are no stops or vistas to enjoy, and no way to get off the tram until the final destination… except the final destination is to be derailed right off the highest cliff. That’s the raw, intense experience of monotonous fatalism. It was used so powerfully and effectively in The Exorcist, that it became the only formula used for horror.

And that’s why I believe The Exorcist has killed the very genre it influenced.

We can illustrate this perfectly in two modern movies: Paranormal Activity and The Witch. While both are considered different strands of horror (one is a found footage scare-fest, the other is an atmospheric slow-burner), both are written to a rhythm of Monotonous Fatalism made successful by The Exorcist. 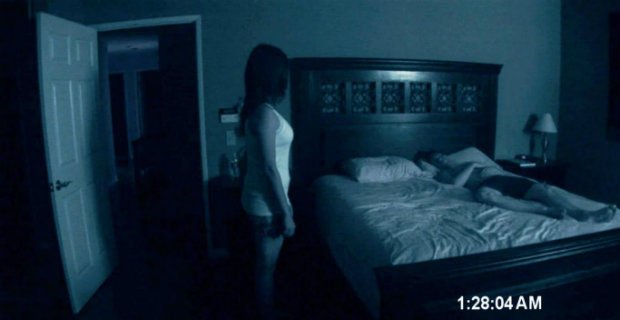 In Paranormal Activity, we follow a young couple who record video footage of themselves to prove something sinister is haunting them. There isn’t much in the way of plot, but rather it’s a sequence of events that become more and more sinister as the movie goes on.

In the first act of the film, we see Katie standing over her sleeping husband for hours on end during the night, which is creepy enough at that point in the movie to unsettle us. Toward the end, when we’ve already been accustomed to a previous level of weirdness, we see her violently yanked out of the bed by an unseen force.

To top it all off, with the increasing level of horrific violence, we know that it will come to a point where the main characters cannot contain the impending terror, and that it will end in their misery.

The Witch’s narrative plays out in a similar way. Here, we have a 17th century English family whose youngest child disappears into the American wilderness, and as their woes increase, they accuse each other of witchery and sin.

We’re initially shown small flashes of creepiness, like the preternatural hare that cannot be killed or captured, foreshadowing the impending misfortune of the family. Each scene thereafter successively builds on the doom and gloom that came before, and it reaches its climax when one of the family members magically conjures a bloody apple from his mouth in a state of religious hysteria and demonic possession, before suddenly dying in front of everyone. Then, by the end of the film, we’re left to ponder if the characters were always destined for destruction from the beginning.

Interestingly, both highly publicised films have critics and audiences divided as to whether either film was a good horror film at all. Some admire Paranormal Activity’s low-budget tactics and sparse imagery to elicit terror, while others deride its cynical use of jump scares to unsettle the viewer. Similarly, some admire The Witch’s use of atmosphere and visuals to stoke the horror, while others say it’s simply too slow and boring to be scary enough.

The common problem shared between the two, however, is the single-minded focus in trying to be scary. There is little else to take from these films except for the gimmicks they employ to freak us out.

Firstly, the plots are too generic to stand up for themselves, and when people ask us what these films are about, we can’t usually say more except give the premise. Secondly, the characters themselves aren’t memorable, and I dare the average movie goer to guess which film Thomasin, Micah, Katie and Caleb each come from.

Admittedly, a straightforward plot and stock characters were also part of The Exorcist experience, but we could write another essay altogether to explain why it works brilliantly in that film, but suffice to say it simply does.

The secret to making a good horror film?

In the older horror films like Psycho, the plot is dynamic, the characters are multi-faceted, and the movie has many ways it wants to deliver excitement other than to scare the pants off audiences at every possible moment. And while (here’s that phrase again) Monotonous Fatalism is the most famous style of horror filmmaking currently, there are a handful of modern horror movies that buck the trend, including Let the Right One In, 28 Days Later, Splice, and The Orphanage (which I’ve written a lengthy article about here).

All films in all genres, however, must have a captivating story, with memorable characters with whom we share the emotional ride from one end of the film to the other. When a film doesn’t have these things, it relies on the tropes of its genre, and normally fails to be good.

The Transformers films, for example, have horrendous stories with even worse characters, and it rightly gets dinged for being the source of the franchise’s woes. Likewise, when the recent Blair Witch sequel got knocked, it wasn’t for its lack of scares, it’s simply because it didn’t have great characters in a great story. Ditto for Ouijia. Ditto for The Gallows. Ditto for The Disappointments Room. 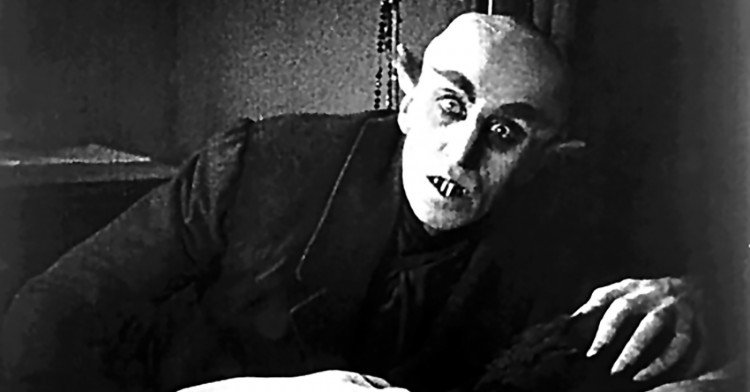 If you’re not averse to very old films, I dare you to watch Nosferatu, made in 1922. It’s not really scary by today’s standards (though there are some timelessly creepy shots, and Count Orlok is a terrifying villain), but if you watch it in earnest and want to be absorbed by its drama, you’ll feel a sense of eeriness and disgust throughout the movie. You don’t want to close your eyes because anything in the film is going to frighten you, but you’ll want to close them for fear of the characters and the turning points in the story.

That’s where the power of horror lies, and that’s what modern horror films should aspire to achieve.

In summary, let’s reassess what we look for in horror entertainment. The Exorcist inspired a movement into shocking audiences out of their seats in increasingly unrelenting manners, but forty years later, the returns are greatly diminished. So instead of asking for scares, ask for great characters and a great story — like we would for any other genre — so that the thrills of horror will grow organically through good writing and filmmaking.