If you’ve read my previous review of Horror Escape, you’ll know that my team and I died on the Cabin Fever scenario. This time around, despite really wanting to survive, we failed… But, we still had lots of fun with Escape from Wonderland! 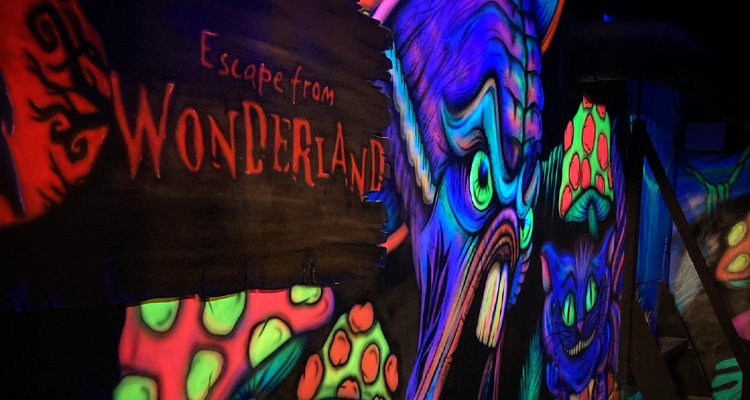 Similar to Cabin Fever, Escape from Wonderland starts with us watching a video to set the context – after days of bad dreams, they slowly start to mix with reality – and then we have to go through a small door and down a slide into a small room where the puzzles start. From this moment we had one hour to survive.

Like the other scenario, Escape from Wonderland has different rooms that unlocked after we solved specific puzzles. Some of the rooms were pretty small which meant we had to manoeuvre to get past each other, but it also meant that we could all hug and hide in the safety of the tight spaces – especially compared to the big ones in Cabin Fever.

The rooms in Escape from Wonderland followed the same aesthetics and what struck me the most in this scenario was the effort that was put into making the rooms – they were all very colourful and we received a great amount of information just by looking at the walls, including the ceiling! It shouldn’t come as a surprise that the vibe of the rooms echo Alice in Wonderland. The rooms are very psychedelic and look like something from our craziest, drug-filled dreams. 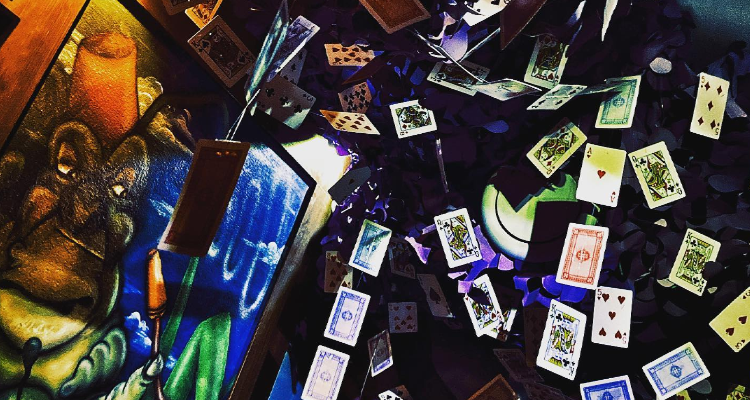 In the first room, I was too eager and slid down without realising I might have been leaving some clues behind. My brother had to climb up the slide twice and that in itself was worth the whole experience. With the exception of the second room, which reminded me of Cabin Fever more than the others, the rooms all felt like extensions of each other as they didn’t differ aesthetically and the puzzles were very similar.

The two scenarios offered in Horror Escape vary in the sense that Cabin Fever is more horror themed, and you can find endless tropes of cabin-in-the-woods films there (bones, insects, and lots and lots of gore). Escape from Wonderland, on the other hand, isn’t as scary (that is not to say we didn’t scream!) and it is more dream-like. Nevertheless, the former is now a personal favourite! Both scenarios were equally dynamic and immersive, here we had to crawl, slide and carry things – again, the hands-on tasks were less scary and gory as Cabin Fever, so this scenario could potentially be good to bring along someone who is unsure of horror escape rooms before delving into Cabin Fever.

At times we got stuck on a puzzle and were unable to move on, but the Horror Escape team didn’t leave us alone and gave us some little tips along the way. The puzzles are challenging and do require you and your team to really do some thinking to solve them. Escape from Wonderland didn’t feel overwhelming, though. Especially looking back, the puzzles we didn’t manage to solve weren’t as complicated as we initially thought, and we made life more difficult for ourselves more than once. 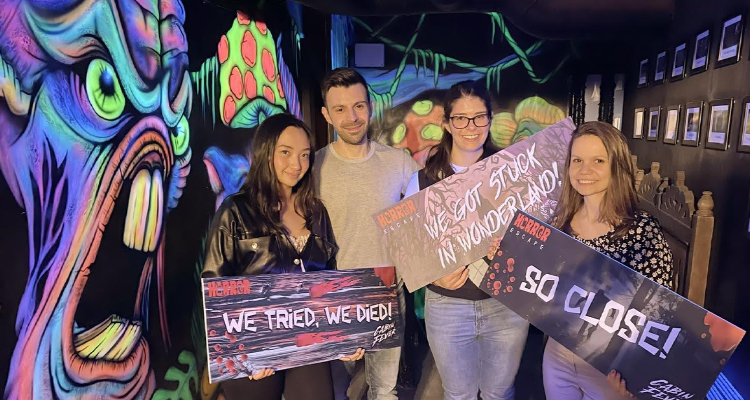 Unlike Cabin Fever, this scenario didn’t seem to have a logical or narrative progression – which is not a fault, especially if the idea of the scenario is to be psychedelic. We start off not expecting any narrative resolution, and that is ok.

Like I mentioned before, we died but our deaths weren’t in vain – we did have lots of fun and I highly recommend Escape from Wonderland and Horror Escape – the rooms are clearly made with care. Horror Escape employ a different escape room experience where everything is more immersive and far from simple, but the team is always happy to greet us (and kill us at the end)!

Horror Escape are now taking bookings for both Cabin Fever and Escape from Wonderland – book now.