Horror Escape have just reopened their doors and we sent LHS writer Bruna into Cabin Fever, their scariest scenario. Did she survive?

I have no problem admitting that we died.

There were four of us and we weren’t able to survive the Cabin Fever scenario at Horror Escape.

Upon arriving we were taken to a room to watch a video that explained what had happened to us – much like any film with a cabin in the woods we had car trouble and needed help.

I won’t give away the story but it immediately reminded me of Rob Zombie’s House of 1000 Corpses.

From the outset the experience was immersive – we had to put on a blindfold, were taken into a room separately and were handcuffed to a chair. Here, again spoiler free, but the dinner scene from The Texas Chain Saw Massacre was on repeat in my head.

From then on we were given one hour to escape.

The atmosphere in each room was completely different – the first one had different elements, but the overall it was very Ed Gein-y (if I can create an adjective with his name) – a lot of blood, bones and skin. I can see Ed and the grandpa from Texas Chain Saw having a meal in that room and then having a chat next to the lamp made with human skin.

The second room was more like Saw – gory with blood and bodies (and parts of) everywhere. It was more hands on than the first one, here we had to manoeuvre the bodies, go inside small rooms, go inside bodies…

I can proudly say that in this room I sacrificed myself to be the ‘fresh meat’ but upon seeing the disdain of my brother towards my imminent death, I gave up on being a martyr. 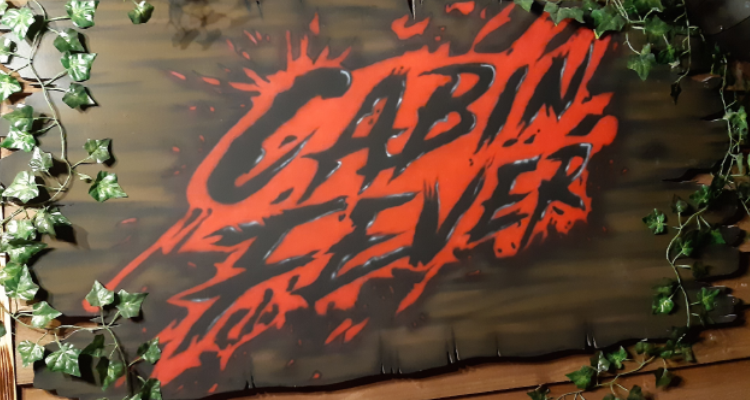 The last room was eerier, the blood and claustrophobia of the second room gave way to atmosphere, fog and the feeling of entrapment in open spaces.

Here, we knew it was the last room and each space, however small it was, seemed possible to have someone jump from it.

Again, not ashamed to say I screamed a bit, and after seeing how disposable my death would have been in the second room, when we met our killer, I shamelessly cowered and barricaded behind two people. Suddenly being a martyr wasn’t as important.

The clues were challenging and the puzzles required a lot of logic. Some of them were more time-consuming than others (we needed some assistance a few times). There were definitely more puzzles than we would’ve been able to resolve, but looking back at them now, they don’t look as complicated.

The game’s progress was more narrative than logical, and the beginning was a bit intimidating, but once we got our bearings, it became slightly easier.

Although we died, we had lots of fun! It was scary, but not too scary, it was difficult, but not too difficult, and it felt like it was made by people that really care about horror!

I highly recommend it!

Horror Escape is offering a 20% discount on their scenarios, exclusively to LHS members.