Written and directed by Anna Zaytseva, this Russian horror/thriller tells a story of a young woman, Dana (Anna Potebnya), who decides to find out more about her sister, Yulia’s (Polina Vataga), suicide. 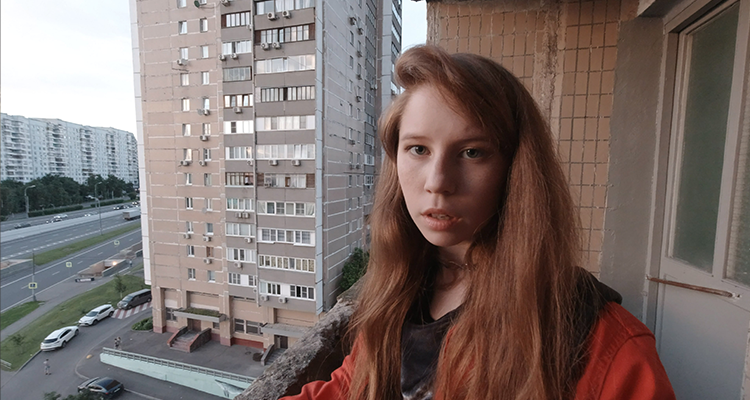 #Blue_Whale is told entirely through the screens of Dana’s phone and computer, very similar to the 2018’s Searching directed by Aneesh Chaganty, especially due to its fast pace. Dana conveys such an urgency to find out what has happened to her sister after realising that there might be more to her suicide than perceived previously. She looks into her sister’s computer and finds clues that point to the ‘#Blue_Whale challenge’.

The challenge sees many young people who sign up to play a game that lasts 25 days – each day they must do something that will alienate them even further from their lives until, on day 25, they are told to commit suicide. Dana finds Yulia’s videos – of her cutting her wrists, of her engaging in sexual activity with a group of boys – and it becomes clear that she fell victim of the challenge. 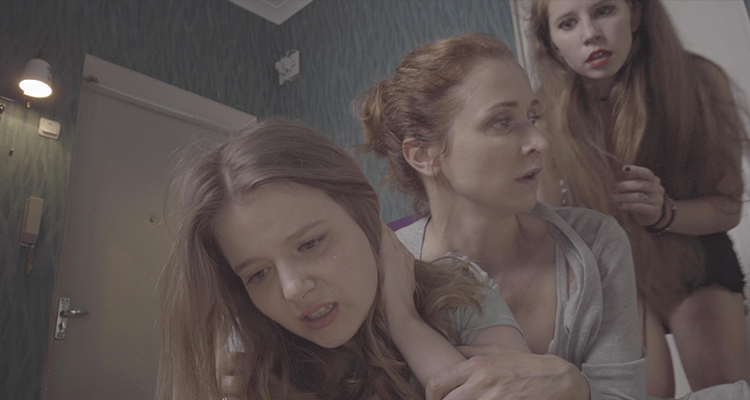 Dana decides to take the people behind the challenge down but she must do it by first joining the game. At first, Dana has the upper hand and fakes her way through it, however, she is quickly found out and made to comply. She received threats, her computer is hacked, and she resorts to cutting her wrists and appearing naked at school to still be able to be part of the challenge – all of it to avenge her sister.

Here is where the film becomes messy and at times far-fetched. The entity behind the #Blue_Whale challenge seems to be omnipotent and omnipresent, which works well in the beginning of the film. The online account is only recognisable because of its mask (think Ghostface with black blood coming from its eyes and long, dark hair). Its presence is eerie and scary, but when it is reduced to a person behind it, its power lessens and it becomes questionable (even for me that tends to suspend my disbelief in horror films!). 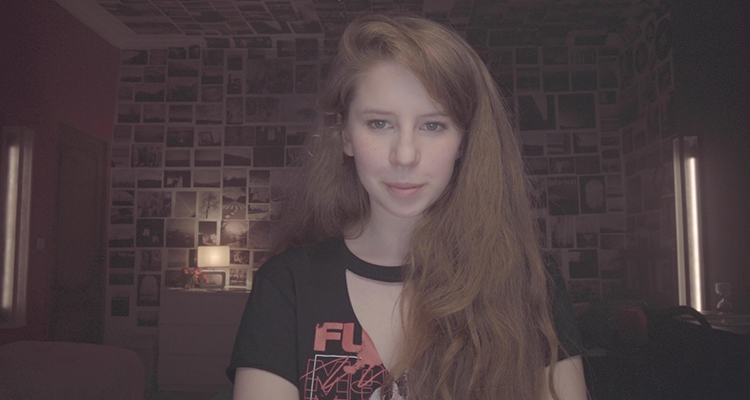 If you have seen Nightmare on Elm Street: Freddy’s Revenge then you know what I am talking about: Freddy from our dreams/ an entity that will never be caught: SUPER SCARY; but Freddy that runs around a pool party: not that scary. And this is what happens with #Blue_Whale, it brings its story to the every day realm and it does not work. Moreover, Dana befriends one of the teenagers who are participating in the game and they both create the most elaborate ways to take revenge, begging the question of ‘…how?’.

Anna Zaytseva’s screenplay has strong moments, especially in the beginning while setting Dana and Yulia’s relationship and presenting the challenge, but as it turns into an investigation it falls flat and its messy plot does not hold it well. A shame since the mask managed to give me some scares!