The horror industry has always provided roles for women. When I think of classic horror, two distinct character types spring to mind. 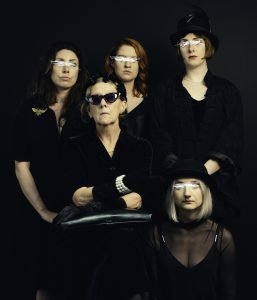 The cast of What the Dolls Saw

One is the innocent, virginal victim – a goody-two-shoes-gal smooching in a back of a Chevy on Lover’s Lane, who inevitably meets her demise at the hands of an axeman, or the fins of a Swampbeast.

The other is the Vamp – endowed with large fangs and an even larger cleavage with the ability to seduce a poor defenceless chap before dissipating into smoke.

Don’t worry, she’ll also be killed, probably with a stake. Though these are fun, almost campy stereotypes, neither one provides me with a character I can really ‘sink my teeth into’.

Thankfully, I’m a child of the 90’s. I watched a film my Dad liked, Alien (partly from behind a cushion), when I was 14 and was instantly obsessed. I felt a near spiritual connection to the storylines of Buffy the Vampire Slayer.

After watching The Craft I decided I was probably a Wiccan goddess trapped in a mortal shell of frizzy hair and braces. It’s also worth mentioning, though a slight diversion from the horror genre, every time my pubescent love life took a turn for the worse (which happened a lot), I would watch Kill Bill Vol. 1 and revel in The Bride’s revenge.

It’s fairly obvious isn’t it? I feel drawn to storylines where I can see myself doing the ass-kicking rather than getting my ass-kicked. If you’re like me, and actively seek out female driven horror get yourself down to the London Horror Festival this October at the Pleasance Theatre.

Here’s a handy round-up of shows that not only have strong female characters, but also feature women creatives kicking the ass of the theatre scene. 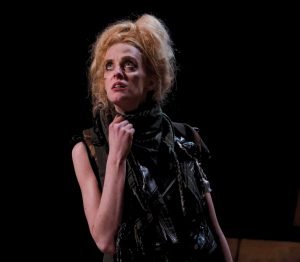 Lydia Hourihan in The Milkman Cometh

From DeadPlant Theatre comes this horror comedy rampage set in the post-apocalypse where milk has become a precious commodity, and a country village has become a vicious dairy-worshipping cult. DeadPlant is a female-led collective, and on this project Alice Bounce is co-writer with Max Tyler and Owen Jenkins.

The show flips gender stereotypes on their head and features a tough leading heroine, Liz, played with punch by Lydia Hourihan. Milkman has hilarity in abundance, physical theatre and puppetry in DeadPlant’s signature silly style, but it also has a wider statement to make about the pasteurised patriarchy.

Oh and one more thing… a live metal band! The underscoring and original songs by band Fuck Slurry make this a hardcore theatrical experience not to be missed! 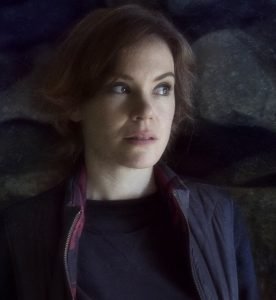 This is the latest production by Hermetic Arts which was formed by writer/performer Carrie Thompson and writer/director Chris Lincé. Anthology is described as ‘Three hauntings, from the past, future and present. Three ghosts in the machine. Three uncanny stories.’

As this is a brand new show, excitingly, I can’t tell you any more than that. I know though, that if past productions are anything to go by, this will be a brilliant piece of theatre. Thompson is a powerhouse performer of brave one-woman shows, including BADD, Unburied and April.

The productions manage to be comical and unnerving in equal measure, weaving wonderfully gothic stories that are nuanced and cleverly devised. If these shows were horror movies, they’d be the kind you’d want to immediately watch again in case you missed a subtle plot point. Get yourself along to Anthology – you won’t regret it. 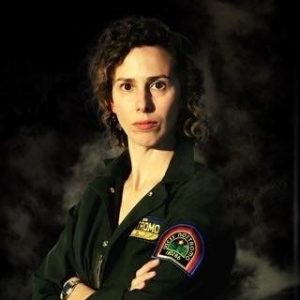 Katy Schutte in One Woman Alien

It’s been 40 years since the sci-fi horror classic was released and what better way to celebrate than watching this Edinburgh Fringe sell-out show by Cast Iron Theatre. Katy Schutte takes the helm of the Nostromo, playing the whole crew (and I imagine one or two acid spitting creatures too).

She is also one of the UK’s top improvisers and as part of troupe The Maydays, she’ll be performing in Happily Never After, a horror improv musical at the Horror Fest (13th October).

Not only is Schutte hilarious and a master of character transformations, but she has a powerful connection with the audience; it’s obvious you’re in the safe hands of someone who could perform completely off the cuff. One Woman Alien will undoubtedly be a scream (of laughter) that you’ll probably be able to hear in space. 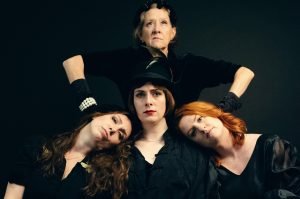 Well, I couldn’t let you go without giving my own production a mention could I? What the Dolls Saw is my first play to have an all-female cast and a largely female production team. It’s a dark comedy, inspired by my love of true crime.

Three sisters travel home for the funeral of their father; a world renowned Dollmaker. The women are haunted by a cold case that hangs over the family, due to the mysterious disappearance of their Aunt years before. So there’s elephants in the room and skeletons in the closet. And also hundreds of dolls on the shelves.

I’m very lucky to be working with an excellent team on this, including director Lisa Millar who is just as passionate about the female gothic as I am. My fellow castmates are all theatre-makers themselves including feminist musical comedian Holly Morgan (Holly Morgan is a Witch: Get Her), award-winning writer/actor Sasha Wilson (Call Me Fury), actor/improviser Rosy Fordham (Impromptu Shakespeare) and Rebecca O’Brien, co-creator of puppetry theatre company Knuckle and Joint (The Adventures of Bo Peep).

What can you expect? Some fierce and funny characters, a crime mystery, some gloriously gothic shadow puppetry, and also some haunting original music by our composer Odinn Orm Hilmarsson. A small warning: this is not a show for those with a phobia of dolls… or a fear of feminism…

Behind the Scenes With Katy Danbury

Producer Katy Danbury has been spearheading the London Horror Festival since 2016, but has been a part of the festival for a lot longer:

“My first involvement in the LHF was back in 2012 – I performed in a creepy little play called ‘The Puppetry of Flesh’ with Hidden Basement Productions. I played an endearing mental patient called Alice who died twice during the course of the play – lots of fun with blood-filled condoms strapped to my chest! I didn’t get involved in the running of the festival until 2015 when I co-produced it with Hidden Basement. I fully took over the reigns in 2016.”

I asked Katy what it means to have diverse companies and female creatives working on The London Horror Festival:

“This is massively important to me. Horror is for everyone and this should be reflected across the festival programme and through the audiences that attend. There were so many incredible badass female horror characters that inspired me: Mrs Voorhees (Friday the 13th), Sidney Prescott (Scream), Nancy Thompson (A Nightmare on Elm Street), Sarah Connor (Terminator & T2), Ellen Ripley (Aliens franchise)- to name just a few!

However, there is still a significant lack of representation for BAME and LGBTQ+ creatives and characters in the genre and much more work needs to be done to address and rectify this imbalance. In previous years we have platformed a focus towards work that increases female-led narratives through our annual playwriting competition. This year we focused on championing queer horror stories.”

In fact, this year’s Queer Stories Playwriting Competition was won by drag queen Lady Aria Grey. You can see the performance of Grey Window on 25thOctober at The Pleasance co-produced by Danse Macabre. Katy is delighted that there’s so many female creatives working on this year’s LHF including:

– Ellie Pitkin for Scare Slam.
– Andrea Lewis for The Hypnotist.
– Eleanor Rushton for CULT.
– Morgan Noll for Infinity Land.
– Mae and Billie for Serial Killer Cabaret.
– Isa Bonachera for The Evil In You.
– Emily Carding for Quintessence.
– Charmaine Parkin for The Perfect Companion.
– Sonja Doubleday for Him Indoors.
– Olivia Thompson for Mother Must Die?!
– Alisa James for Not Another Asian Horror.
– Caroline Buckley for Last Orders.

A final word from Katy:

“I have found the horror community to be one of the most friendly and supportive crowds going – you really feel like you’re part of a weird family – and we welcome people of all backgrounds to embrace and re-invent the genre through that inclusivity. Remember, we’re all scared by different things, so scaring is sharing!”

With so much ass-kicking to be done, both on and off stage, get yourself down to the London Horror Festival, 8th October – 2nd November at the Pleasance Theatre, and the Old Red Lion Theatre, Islington. Full details are on the festival website.