The trope of bringing a loved one back to life has been used and reused in horror, and we find it again at the heart of An Unquiet Grave.

The 72-minute feature is a collaborative effort between the co-writers Terence Krey, who directs, and Christine Nyland, who plays both twin sisters in the film. Krey and Nyland have worked before in TV series Graves (2016-) and are now in the post-production stage of their next co-written and co-directed film, Distress Signals. 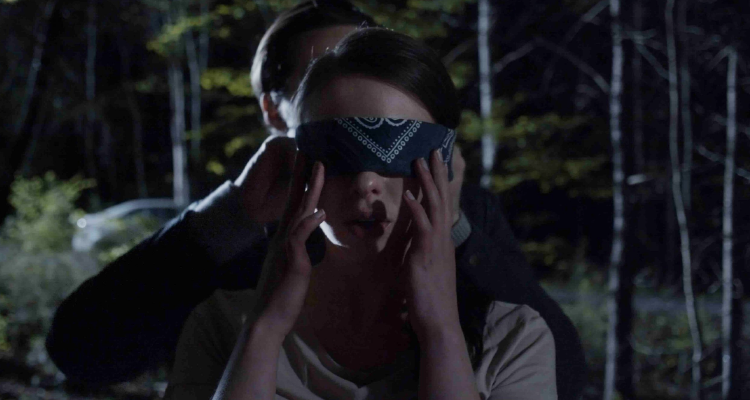 The micro-budget horror, An Unquiet Grave, is a doable effort and places its bets on what it can deliver: dread, atmosphere and character building.

The film follows Jamie (Jacob A. Ware), a recent widower who has not been able to cope with the death of his wife, who died in a car accident whilst he was driving. Jamie convinces his wife’s twin sister, Ava (Nyland) to partake in a black magic ritual to bring Julia back to life.

The film starts by throwing the audience inside their already established and strained relationship. When Ava reluctantly agrees to take part in the ritual, we understand it was not the first time Jamie had made such a proposition. During their drive to the place where the accident took place, Jamie and Ava share memories of Julia and Jamie confesses he hasn’t been able to sleep in their bed. Their conversation is scattered. Watching them both truly feels like watching two deeply hurt people who are concealing something to protect themselves.

The cinematography does just the same – with tight shots, it withholds information. These shots, in turn, heighten the suspense and dread. During the ritual, by focusing on Ava’s blindfolded face and concealing information from the audience, Krey puts the audience in Ava’s shoes. We, like her, cannot see anything; when she asks who’s there, we ask who’s there as well. The ritual is complete but something has gone wrong. 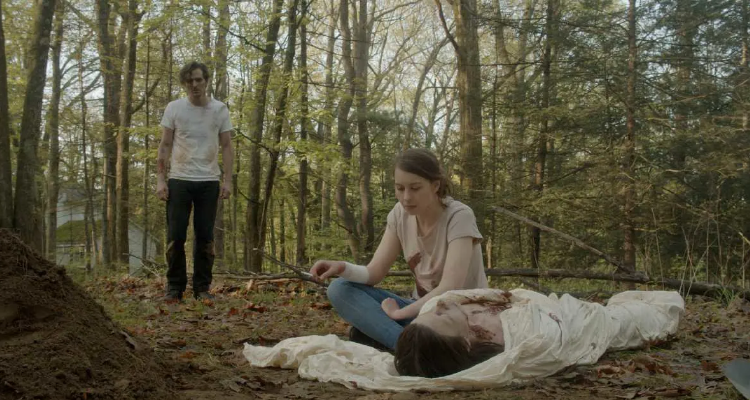 As I mentioned, An Unquiet Grave is a good effort – it understands its strengths and it doesn’t try to deliver the impossible. However, the film relies on a tired trope without adding anything new to the story. The film is more preoccupied with exploring grief and what happens when a person is unable to move on and turns to unthinkable acts to cope better, but we’ve all seen it before and we all know that “sometimes dead is better”. And here is where the film falls short, unfortunately.

Although An Unquiet Grave failed to deliver in the plot, the film employed a practical, and yet very effective, use of cinematic techniques, showing that Krey and Nyland understand how to create dread and sustain it throughout a film.

An Unquiet Grave is streaming now on Shudder