Film Review: Army of the Dead 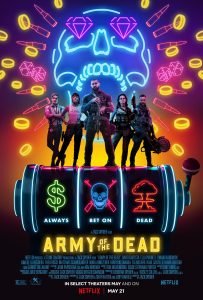 You know what Ocean’s Eleven was missing?

Thankfully, Zack Snyder has rectified this glaring error with his latest film, Army of the Dead.

Las Vegas is overrun by zombies—we all knew it would happen one day—and it’s going to be nuked in order to wipe out the undead Elvis’s, showgirls, croupiers, et al. (I foresee no problems with this plan). Hiroyuki Sanada, in full Pete Postlethwaite from Usual Suspects mode, recruits Dave Bautista’s vet-reduced-to-fry-cook, Scott, to break into Vegas to steal a multimillion dollar payday before the nuke is dropped.

Since zombies first shuffled onto the cinematic landscape, it feels as if we’ve had every conceivable version of the undead—ghouls, walkers, conversationalists (Pontypool, criminally underseen)—so it’s always refreshing when someone comes along with a new angle on re-animated corpses. 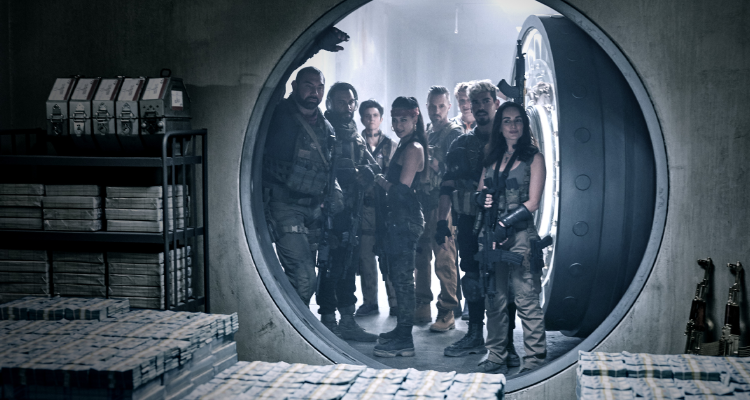 I have to hold my hands up and confess that I’m not a big fan of Zack Snyder’s films, with the exception of his remake of Dawn of the Dead—admittedly, it’s not a patch on George A Romero’s original, but I have a soft spot for it. A zombie popcorn film that blends horror and action in a way I felt Resident Evil didn’t.

Army of the Dead is not a clever film, but if you went in expecting something in the vein of Night of the Living Dead or Pontypool or even The Living Dead at Manchester Morgue (which has hidden depths you wouldn’t expect), then you’re going in with the wrong attitude. Army of the Dead is a film to be enjoyed for all its ridiculousness. There’s a zombified version of Siegfried & Roy’s white tiger—that’s the level we’re talking about here. 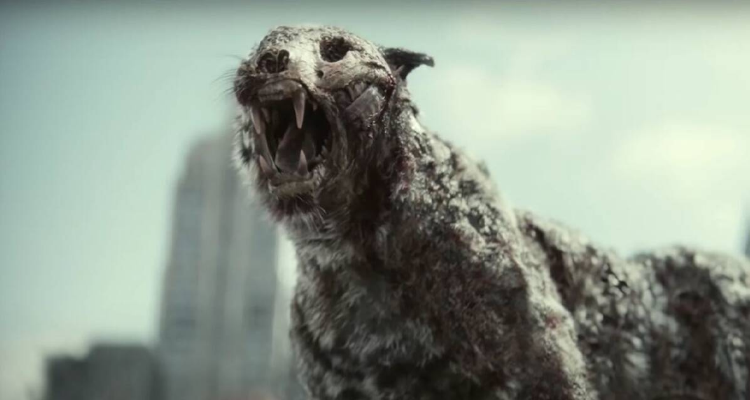 It’s too long—on the plus side this means that we’re unlikely to hear about a director’s cut of Army of the Dead forever more, but it could really do with trimming. The need to hack off some limbs from the bloated shuffling undead monstrosity is odd when you consider how economical Snyder is with introducing his characters. I absolutely love the opening credits, giving you the bare bones of the back stories to some of the characters (with a wonderful cover of ‘Viva Las Vegas’ featuring Alison Krauss). The Suicide Squad of assembled mercenaries are not characters with immense depth so this sketched out sequence gives you everything you need and it does it in a stylish way that sets the tone for what is to follow.

This is an ensemble film, so it lives and undies on the strength of the ensemble. Fortunately for Army of the Dead, the ensemble is very strong.

Dave Bautista is an extremely watchable screen presence and has mastered the action hero voice (the one that sounds like Tom Waits using a cocktail of whiskey and gravel as a mouthwash).

I got the feeling that Tig Notaro squeezes more comedy out of the dialogue than she had any right to (the script isn’t great—we’re not talking Shane Black action-comedy here).

The double act between Omari Hardwick’s Vanderohe and Matthias Schweighöfer’s Dieter is watchable and that’s the key word when it comes to Army of the Dead.

Yes, the zombies move a little bit like the Jets singing Cool in West Side Story, yes it’s too long, and yes it’s extremely preposterous, but if you’re anything like me you won’t care because of how watchable this is. 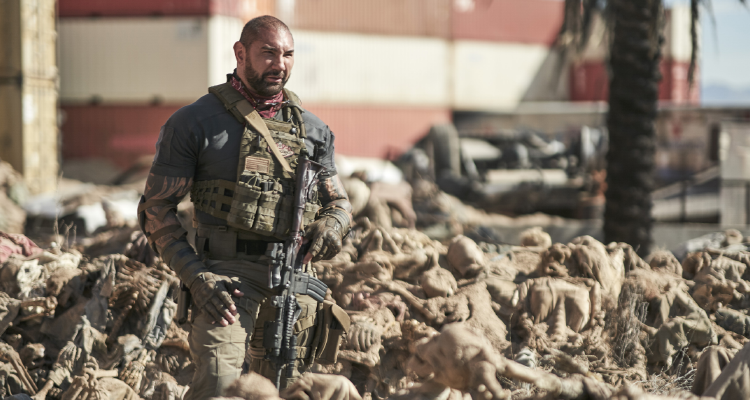 Sometimes you want depth to your zombies, for the undead to provide a metaphor for society or to explore the human condition; living your life with the permanent understanding of mortality—but sometimes what you actually want is Dave Bautista heading a ragtag crew into a zombie infested Las Vegas.

There has already been talk of further films exploring the world of Army of the Dead and I, for one, will gladly dive back into this wonderfully stupid world.

Army of the Dead is streaming now on Netflix.