Assumption is a 45 minute film written, produced and directed by Anthony Leone. It tells the tale of a man (Brian Patrick Butler)who wakes from a concussion to find himself trapped in a cargo elevator, and as his time in isolation grows, so too does his paranoia. 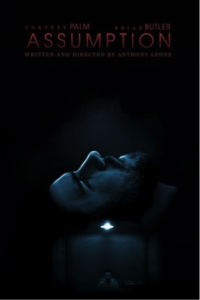 We open on a bright red screen as the credits roll, which becomes the floor of an elevator where a man is lying unconscious. He is awakened by a female voice who informs him that he is trapped in the elevator due to a power cut in the city.

As time passes, he becomes more agitated and the woman, who sounds kind and helpful although rather robotic, starts to wind him up by repeating herself and offering no real solutions to his problem.

He tries to find a way out by pulling apart the doors, investigating the ceiling and trying to get phone signal to call for help. He seems strangely uninterested in his suitcase, using it only as a stepping stool to try and reach the ceiling.

About 30 minutes into Assumption, there is a delightful twist when the woman starts playing with him, sharing knowledge about his life. We learn that he has killed his wife. And this is when it gets a bit weird. It almost becomes a different film, taking us on a POV journey down a hotel corridor.

Behind one door is a naked woman covered in blood who has a goat’s head. Behind another, the same woman is receiving oral sex from another woman who is wearing a duck’s mask. Behind the last door is his wife and this is where he commits her murder. It almost becomes a different film as it is a confusing section. We then return to the elevator to find out the man’s fate. 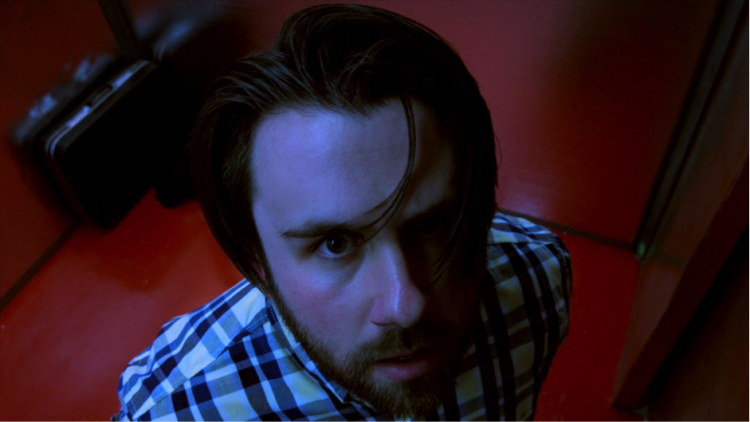 There were a few issues with Assumption:

I liked the flashes of a devil-type creature (his wife?) and wondered if that was just for the audience’s benefit or is he could see it too, which added to his paranoia.

Overall, Assumption is well shot and there is a great use of the colour red. The camera angles are varied to make great use of such a small space. I particularly liked the side views of him lying on the floor. It is visually delicious and Brian is great as the man. The music added to the atmosphere of the piece and was used only as necessary; the use of heartbeat sounds was particularly effective to demonstrate his increasing paranoia.

The film is a moral tale of karma coming back to bite you in the ass as he learns from the woman that “no matter what you try to do, you will never leave here”. It’s a chilling, horrific and brilliantly executed Groundhog Day.