What is there for a horror fan to watch around Christmas time other than to go through reruns of The Muppet Christmas Carol and It’s a Wonderful Life? Of course, we haven’t been completely deserted, as we have Krampus, a comedy-horror film from 2015, and A Christmas Horror Story, also from 2015.

If you go back a little further, you’ll find such delights as 1984’s slasher Silent Night, Deadly Night, that ended up becoming a franchise with five sequels, the last one dating 1991. Those films are fine, but I invite you to watch, if you haven’t done so, the Canadian yuletide masterpiece from 1974: Black Christmas. 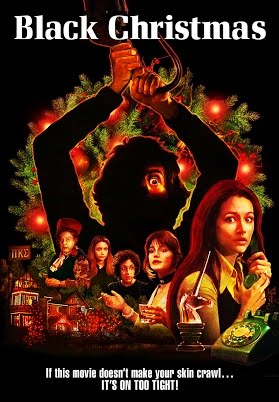 Black Christmas was directed by Bob Clark and couldn’t be more different than the feel-good A Christmas Story, that he directed almost 10 years later. Black Christmas tells the story of a group of girls in a sorority house that start to receive obscene prank calls and, one by one, get killed by an unknown murderer.

When watching the film now, it comes across as a veritable list of some of the more ever-present horror tropes that you see regularly nowadays: prank calls (Scream), sorority (The House on Sorority Row, The Initiation, The Sorority), demented killer with sexual problems (Halloween, Friday the 13th, Silent Night, Deadly Night, Texas Chainsaw Massacre), calls coming from inside the house (When a Stranger Calls), POV of the killer (Halloween), big final spectacle with dead bodies (Halloween)… You get the idea!

However, although the plot and tropes I just mentioned seem cliché and overused, it might be unknown to some that Black Christmas pioneered most, if not all, of them. All of the films I cited above were made after 1974 (with the exception of The Texas Chainsaw Massacre), and Black Christmas served up all of these tropes on a silver platter, especially the idea of setting the film around a holiday.

Coming four years before John Carpenter’s classic Halloween, Bob Clark’s film is considered by some to be the first, or at least one of the very first films of the slasher subgenre. It is certainly, by all means and purposes, a slasher film: one killer goes after a group of teenagers and kills them. But because it was made when the subgenre hadn’t been established, some tropes that we now know by heart are problematic.

For one, we never actually see the killer; Clark uses the trope developed by Val Lewton in the early 1940s that supports the idea that what we don’t see is scarier than what we actually see. In this film, we hear the killer and understand his motives, but never actually see him, for he doesn’t wear a mask (a trope that would later become iconic in future slasher films).

Moreover, he doesn’t kill with one specific weapon, making every murder an original one. We, the audience, as well as the girls from the sorority, know that his reason to kill comes from problems with his childhood and sexuality, since at first, he is aggressive and overtly sexual. But then, he starts using baby voices and calling for his mother, screaming at Agnes about killing a baby and other horrific things he has done.

We know who his next victim is and his location because of the POV (Point Of View) shots, which the film introduces right in the beginning. In the first scene it looks like we are looking at the POV of the killer as he watches the house from afar, but then a shade comes into frame and as the film cuts to a trembling shot sequence and muffled breathing noises, we are presented with our villain’s true point of view. From the awry shots and his erratic breathing, we can be led to assume that this killer is troubled and inadequate.

Black Christmas is not the traditional slasher. Different from direct-to-video sequels and franchises that focus on gore and nudity, which later became the heart of the subgenre, this film gives depth to the killer, to the girls and to the story, using rape and murder of two girls in the city as subplot.

The use of this subplot combined with the prank calls create an unsettling atmosphere that hovers above the film until the very end when the credits are rolling. But, similar to the majority of the slasher films out there, it relies on comedy to break the ice and make the story more believable.

Barb (Margot Kidder) is one of the girls from the sorority, and she is the one to introduce the plot of the film in the early stages. During a Christmas party in the sorority house she receives a call from her mother, planting in the viewer’s minds the motif of the film. 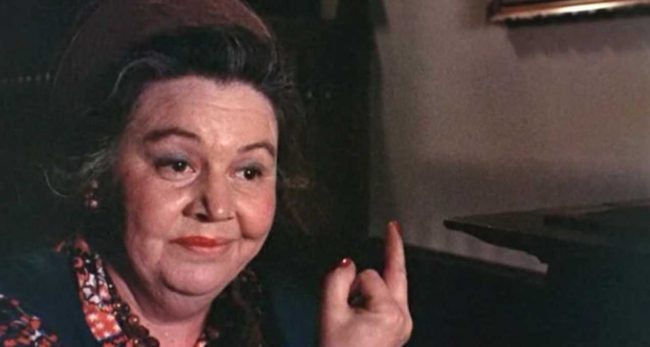 She gets deeply disturbed by the call, as she doesn’t have a good relationship with her mother and finds relief in alcohol. At first, Barb’s drinking is just the butt of the joke, but as the film progresses it becomes apparent that Barb is an alcoholic. Mrs. Mac (Marian Waldman) also has a drinking problem and is the protagonist of the majority of the jokes as she stumbles around with (multiple) bottles of booze.

The protagonist of the film is Jess (Olivia Hussey), a very independent girl who finds herself pregnant out of wedlock and tells her boyfriend, Peter (Keir Dullea) that she will get an abortion. Peter gets frustrated with the idea of “killing a baby” and proposes for them to get married. Jess rejects his proposal right away saying that she still has goals in her life and will not let them go because of Peter and the pregnancy.

Jess is introduced right away as she picks up the phone when Barb’s mother calls. She walks through the house, talks with other girls and it is not until the action and danger progress that we realise she is the ‘Final Girl’ – if we can even call her that.

Jess is very different from the Final Girls who came after Laurie Strode, from John Carpenter’s Halloween – the virgins who stay away from drugs. As far as Final Girls go, Jess is, in the words of Carol Clover, “chased, cornered, wounded [and] we see her scream, stagger, fall, rise, scream again”, but she defies the stereotype of the good catholic girl who stays away from drugs and sex and needs a male rescuer.

Similar to the other girls in this film, Jess is strong willed and gallant. She not only thwarts Peter and the killer, she also challenges the “classic” Final Girl structure – she will not abide by the norm and she will do as she pleases. 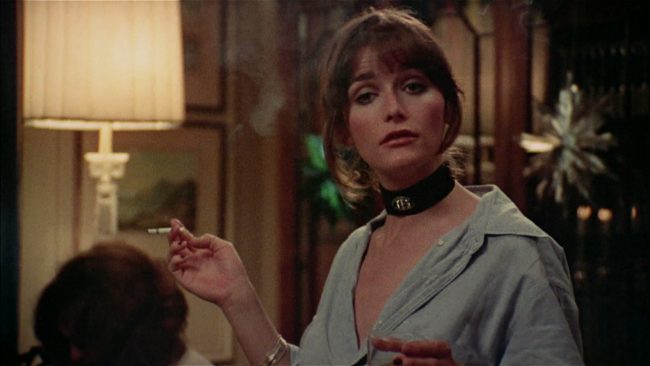 Complicating the Final Girl trope in this film a little further, the killer is not out for the “bad girls”, as the first one to encounter death in the film is the catholic virgin. Barb, Jess and Phyl (Andrea Martin) all have boyfriends and a sex life, and their party the night before is filled with alcohol and no guilt. However, as Barb defies the killer in the first call we hear in the film, she gets murdered with a phallic object and her death is the one we see the most of – still, refraining from unnecessary nudity and amounts of gore.

The film plays with our suspicion of Peter throughout the film and heightens it by picturing him as an aggressive and spoiled figure. He doesn’t want to study music anymore and asks Jess to marry him so they can keep the baby and start a life together, completely ignoring Jess’ wish to terminate the pregnancy and live her own life, and when rejected he says she will be sorry.

The use of Peter as the red herring is perfectly positioned, as we automatically link his reaction to Jess’ will to get an abortion with the prank calls the girls are receiving. Furthermore, let us not forget when Jess says: “He is so gentle, most of the time”, suggesting he has already been violent towards her. As a sum of all of that Peter is the perfect antagonist, if not as the killer, as the free will of the girls.

The killer remains ambiguous and is referred to as “the prowler” in the credits and as “the moaner” by the girls. Billy, as he calls himself, is sick, creepy and scary, but what he is not is an iconic villain of slasher films. He is not a Michael Myers, a Jason Voorhees or a Leatherface, neither does he wear an iconic mask, such as Ghostface.

The doubt regarding the killer creeps up on us in the end of the film, as it all seems perfect and fine, with Peter out of the way, we are served with multiple pans and zoom-ins of the empty rooms of the house and with a POV of the villain entering the house through the attic. As Jess sleeps soundlessly and alone, the house receives one last phone call and, as suggested in the film, the killer calls after every murder, we are left not knowing the identity of the killer and, most importantly, if Jess is alive…