The terror of being abducted used to hang long over the childhood of my youth. Too many TV movies like To Catch a Killer (where Brian Dennehy terrified a generation as John Wayne Gacy), the harrowing content of The Atlanta Child Murders or even the UK’s weird series of horrifying public information films showing ‘stranger danger’ ate away at that bubble of safety that most ten-year-olds feel when growing up. Scott Derrickson’s latest nightmare inducing film, The Black Phone (based on the Joe Hill short story of the same name), provokes that same cold sweat that would prickle the back of my neck whenever I found myself at the mercy of those uncomfortable thoughts. 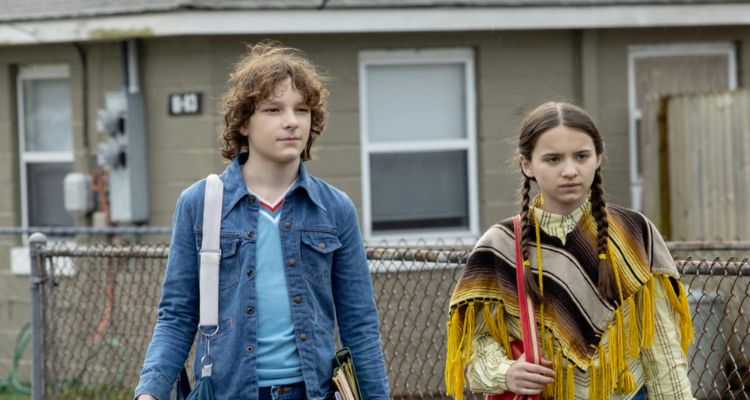 Set in Denver Colorado, 1978, The Black Phone finds the city’s sun-kissed suburbs caught in the midst of a terrifying spate of child abductions. Five children have been taken so far by The Grabber, a sinister figure in a nightmarish mask whose black balloons hide his sickening assaults. When teenager Finney (Mason Thames) is abducted by the ghoulish Grabber, he must rely on his own wits, his determined little sister Gwen (Madeleine McGraw) and the voices of the dead children coming from the pulsating black phone that hangs on the wall of his dank, barren cell.

Derrickson and his co-writer C Robert Cargill have crafted a pitch-black tale of abduction and murder that feels horribly authentic in its portrayal. Derrickson has been remarkably candid in the promotional tour of the film about the difficult childhood he endured on similar suburban streets, and consequently the portrayal of the genuinely shocking casual violence (both domestic and otherwise) feels visceral and upsetting. 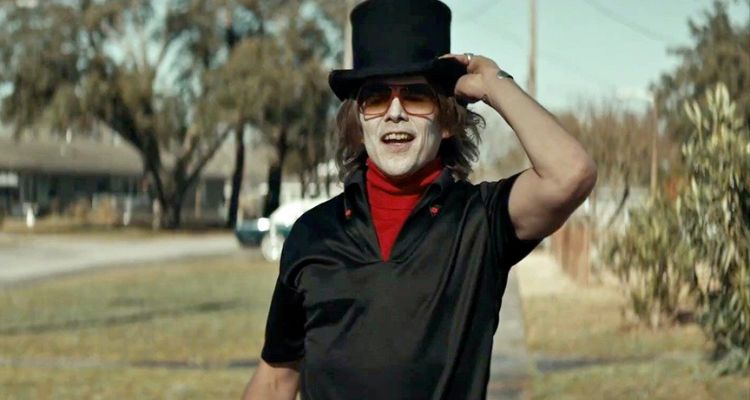 The film slowly builds to the abduction of Finney by giving us a feel for the world we are in. We spend time getting to know Finney, the difficulties of his life, the bonds of friendship he shares with tough-kid Robin (Miguel Cazarez Mora giving a wonderful, if short lived performance) and the iron clad, deeply felt connection he has to his sister Gwen. The tone of the opening act is oddly nostalgic; a sort of ‘Amblin After Dark’ where the hazy-eyed melancholy is punctuated with beats of domestic violence and an electric undercurrent of impending doom.

Ethan Hawke’s terrifying Grabber lingers across the film’s first act like a malevolent demon always on the periphery of the action, glimpsed only in a hazy blur as his next victim stumbles into their grim and violent doom. Hawke is terrific in the role as the film’s villain; a terrifying demon in human form, he hides behind an ever-changing mask that evolves throughout the film to denote his mood and his dark intentions. The mask is a fine addition to the iconic ‘killer masks’ in the vein of Jason or Michael Myers, I can see the outfit being a hit at Halloween parties in years to come.

The scenes where his unhinged creation at times growls and mewls at Finney are some of the more unsettling moments of The Black Phone, all achieved with nary a drop of blood spilled. With his features almost always obscured in the film, Hawke gives a terrifying performance through his physicality and movement, giving us a villain that is memorable in his oddness.

The first half hour of the film almost plays as a straight up serial killer movie, at times reminiscent of some of David Fincher’s Mindhunter in the way that it captures that seventies feel and the mundanity of the horror all around. But when Finney awakens in the dark basement that is to be his final home, the film really kicks off its supernatural shoes and lets loose. 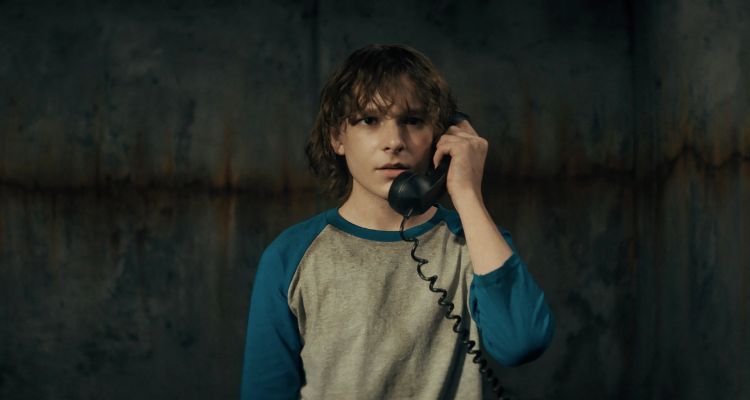 Mason Thames is remarkable as Finney, a character who must finally learn to fight back if he is to survive his ordeal. Watching him run through such an emotional gamut as he tries to survive is both thrilling and harrowing, while his chats with the remnants of the previous victims lends proceedings a truly dark and upsetting through line. As Finney speaks to the dead, the film switches to a grainy, almost Super 8-like footage that shows us what happened to lead them to their demise. The grainy footage is a trick that Derrickson used to great effect in Sinister, and it is nice to see him use it again here to flesh out the distressing backstories of the other children.

Madeleine McGraw’s Gwen threatens to steal the film however with her confident, determined and at times hilarious performance. Gifted with psychic abilities that manifest in her dreams, Gwen tries to focus her powers to find her brother against her violent father’s wishes (Jeremy Davies, giving another one of his pitch perfect troubled and broken performances). McGraw is magnetic every time she appears on screen and the bond between her and Finney feels incredibly real; their relationship makes the situation feel all the more traumatic, as the two siblings are utterly dependant on each other for survival long before The Grabber ever arrives. 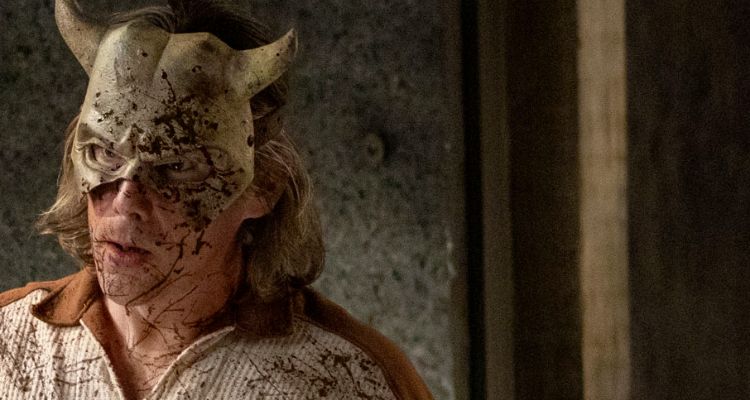 I also struggle to think of a line in cinema this year that has pleased me more than Gwen trying to hold God to account for his lack of support (“Jesus? What the FUCK?!”).

Derrickson remains one of the best horror director’s working today. The film is peppered with well-pitched jump scares and genuinely horrible moments, but it is in the feeling of palpable dread and tension where he excels. Much like Sinister and the terrific The Exorcism of Emily Rose, the mood of his films stay with you long after the initial scares fade and seep into your pours like the magical spells of a dark magician. That he didn’t get to direct the Doctor Strange sequel remains a real sore point for me, but if he was able to funnel his attention and talent into a passion project like The Black Phone then it would appear that everyone in that situation has come out with a win.