There is a place in cinema for all types of vampire films; the gothic Hammer tradition brought so memorably to life by Christopher Lee, the old-world romanticism afforded to the likes of Anne Rice’s Lestat, and even the teen-angsty sparkle-monsters that Stephanie Meyer created and gave a generation of teenagers Edward Cullen to lust after. But there is a particular subset of fanged beasties that don’t get the spotlight as often as I’d like; the feral, terrifying, evil monsters that look like they might have climbed right out of the original myths and legends that inspired generations of storytellers. 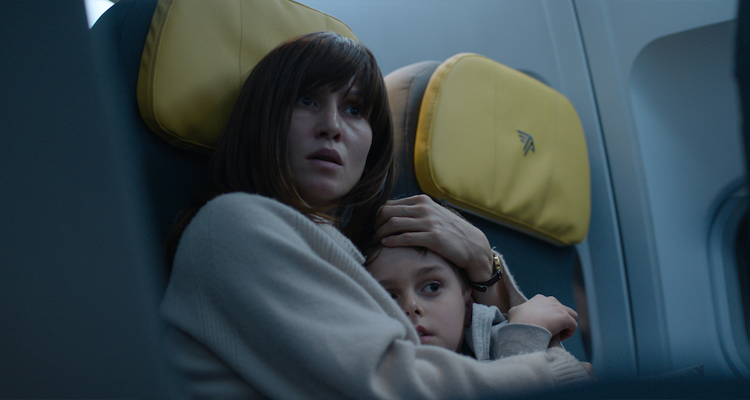 And so, it is with grisly delight that we turn our attention to Netflix’s latest horror blockbuster, Blood Red Sky. Clumsily (if amusingly) described as Die Hard on a plane with added vampires, Peter Thorwarth’s film is a fun, action packed horror feature that is full of innovative set-pieces and buckets of gore. And I am happy to report that the flick features a vampire design that re-positions the demons as savage, ravenous monsters in the vein of David Slade’s bleak, devastatingly brutal 30 Days of Night.

The film opens with a cursed plane making a slightly bumpy landing on a military airbase in Scotland. Those on the ground have been warned that a terrorist cell have taken control, but that might be the least of their worries. A young boy is released from the cargo-hold and rushed to safety, numb to the horrors he has seen onboard the plane. The movie then jumps back to the previous day, as we follow the same boy, Elias (Carl Anton Koch) as he checks-in both he and his mother’s luggage for a long-haul flight from Germany to New York. His mother, Nadjia (Peri Baumeister) is in a nearby hotel room preparing for the trip to America to see a team of specialists convinced that they can help her with her unique blood disorder. And when a group of armed men decide to take the plane hostage mid-air, they get more than they bargained for when they test the strength of a mother’s love for her son to breaking point. 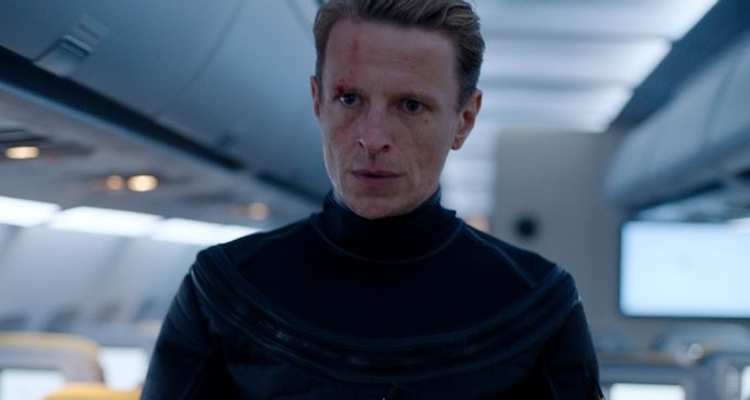 Blood Red Sky is a fun horror flick. No time is wasted in kicking off our main plot and it presents a diverse international cast who all bring strong performances to their roles. Dominic Purcell is the bruising, hulking leader of the terrorist cell who are intent on framing their somewhat ambiguous plans as an Islamic attack. Purcell is always good value in these roles, but it is in Alexander Scheer’s ludicrously over the top performance as Eightball that the film finds its truly grotesque villain.

Chewing up the scenery without the need for vampire fangs, Scheer is an unhinged and demonic presence all in his own right. In the initial attack to take over the plane, Scheer is responsible for a truly grim and gory moment that might actually eclipse any vampiric attacks that follow, bathing the screen and his costume in thick jets of crimson.

While the film seems to be intent on always moving forward from set-piece to set-piece, it takes it’s time to let us get a sense of the life that Nadjia and Elias have been living, and the strength of their bond together. Through a series of harrowing flashbacks, we see how Nadjia came by her terrible affliction and the struggles she has endured to keep her young son safe. Peri Baumeister gives a soulful, aching performance that is all the more impressive when thrown into sharp contrast with the animalistic, ever-hungry demon that emerges in the film’s final third. Her physical performance in the latter half of the film is truly remarkable, and really helps to create an entity that really leaps out of the screen and into the horror zeitgeist.

Carl Anton Koch gives a strong performance as young Elias, stubborn and determined to do anything necessary to save his mother from herself as much as the terrorists on board. He is aided by Kais Setti’s Farid, a passenger being set up to take the fall for the terrorist’s nefarious aims who proves a capable and brave presence to even up the odds. 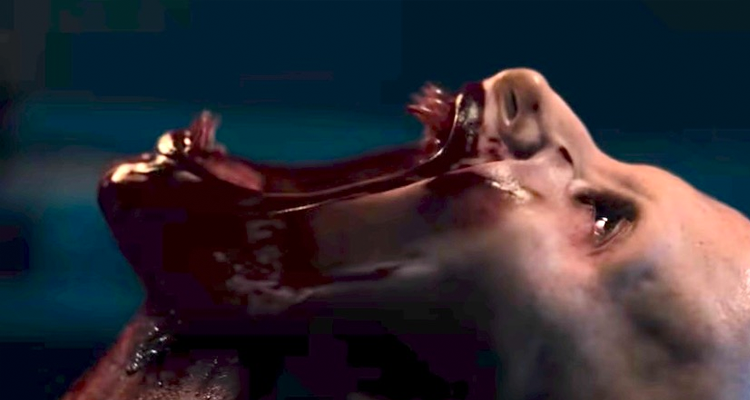 The film’s strengths lie in making sure its action-packed plot is balanced neatly with the powerful relationship between Nadjia and Elias. While there is a breathless pace about proceedings, where new problems arise as quickly as others are solved, writers Stefan Holtz and Peter Thorwarth have produced an excellent script that leans on its plot-heavy premise and delivers a series of brilliant moments that culminate in a satisfying and explosive ending. By placing the mother-son relationship at its heart, Blood Red Sky is a cut above the average horror / action blockbuster by investing in their plight.

While a definitive ending rules out the need for a sequel, it would be interesting to see this version of the vampire mythology expanded upon further. The vampire film is having a little bit of a renaissance at the moment with the release of Jakob’s Wife and the BBC’s well received Dracula re-telling (heck, even the cinematic behemoth of Marvel have aBlade reboot in the works),  I for one would be keen to see this particular corner of the horror world opened up that little bit more.

Hop on board for the red-eye to New York, but make sure that you’ve packed your crucifix (and flame-thrower) in your carry on luggage.