Bloody Hell…where to begin? Army-vet Rex (Ben O’Toole) foils a bank robbery—the scale of his actions resulting in a jail sentence and fame. On release, Rex flees from the overwhelming press attention to Finland—a location decided upon thanks to the very scientific method of shooting a spit ball at a map of the world. Rex’s Finnish getaway is, to avoid spoilers, less than idyllic, bringing him to the attention of Alia (Meg Fraser) and her unique family. 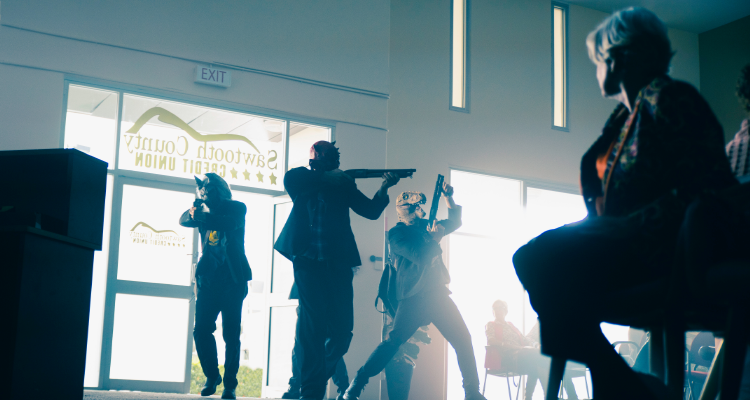 There is a lot to process when you watch Bloody Hell. This is a film that swerves violently between torture horror in the vein of Saw or Hostel, Finland’s answer to The Hills Have Eyes, and very dark comedy. It’s an odd mixture, and one that has the potential to jar. But, Bloody Hell leans into the oddness and never lets the momentum drop, resulting in a film with the sheen and fast pace of a modern black comedy and the feel of a 70s/80s B-movie.

There is a slick invention that director, Alister Grierson, brings to Bloody Hell—I particularly enjoyed the spit ball transition—and it’s an impressive feat to bring all of the elements together in such a cohesive, enjoyable manner.

Only one section in Bloody Hell didn’t gel for me—not bad when you consider the stylistic balls being juggled. The courtroom flashes in the opening titles has the exposition-y feel of a trailer, which is at odds with the measured release of back story in the rest of the film. This sequence did take me out of the story a little, but once the opening courtroom sequences are out of the way, Bloody Hell rolls along, careering from violence to cannibalism to torture—mining the blackest of comedy from every situation. 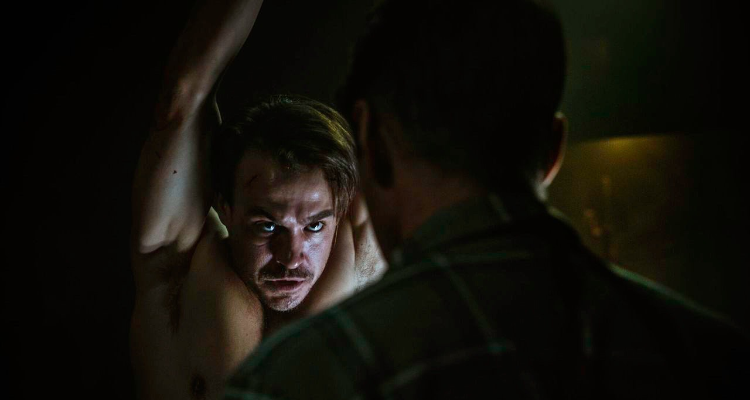 This is when Bloody Hell is at its best; when the comedy is dark and unexpected. It’s a very funny and intelligent screenplay from Robert Benjamin and the dialogue crackles between Ben O’Toole and Ben O’Toole. I’ll put my hands up here, my first thought was that Ben O’Toole’s characters were going to be gimmicky, but this couldn’t be further from the truth. It works brilliantly and the two aspects of Rex’s identity feel very distinct.

There is an energy to O’Toole’s performance(s) which put me in mind of Robert Downey Jr in Kiss Kiss Bang Bang—rapid talking, jerky physicality, and excellent comic timing. The loss of anatomical portions is a little more extreme in Bloody Hell, but there is definitely a Shane Black feel to some of the dialogue.

Across the board, the performances in Bloody Hell are very strong. There is a familiarity to some of the characters, but because the acting choices are intelligent and inventive they feel fresh. I particularly enjoyed the wonderfully spiteful cruelty of Caroline Craig’s Mother. 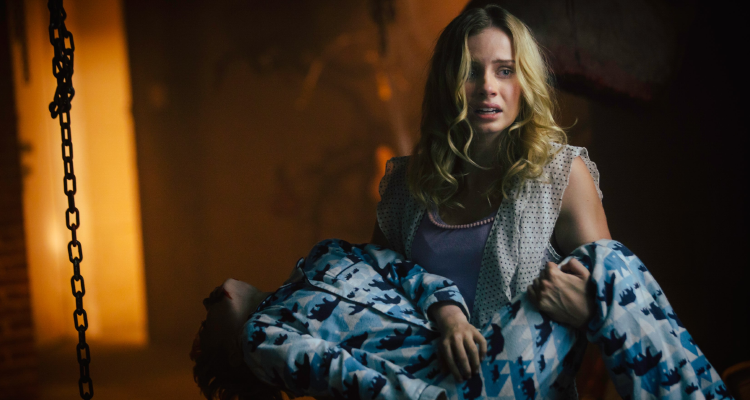 The final revelation, one that you know is coming, but you spend much of the film waiting for, didn’t quite land for me. The use of the golf club—a lovely twist on one of my favourite moments from The Evil Dead—was brilliant, but I think more could have been mined from it. This, I think, is testament to how good the rest of the film is. It’s the age-old: do you reveal the monster and risk seeing the zip on the costume or do you keep the monster out of sight? Bloody Hell never shies away from risky choices and, mostly, they pay off. Even though I wanted more from the final confrontation, Bloody Hell managed to redeem things with more black comedy and an inventive choice of weapon.

There is a suggestion at the end of Bloody Hell, that we might not have seen the last of Rex or Alia’s family—there is, after all, a relative in America and the promise of an “American banquet”—and I would be very excited by that prospect.

Bloody Hell is available to rent now on Amazon Prime