I guess it was just a matter of time before the superheros went bad — and I think I prefer it that way.  Brightburn was a pleasant little surprise that seemed to have come out of nowhere into theaters this past weekend here stateside. 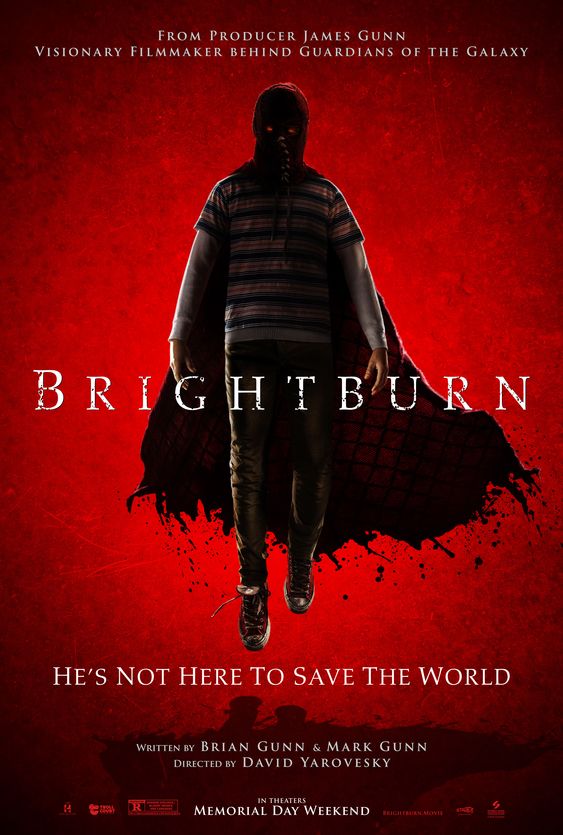 The plot revolves around a young boy who is from another dimension, and his devoting and loving parents who hold their secret close to their chest. Think Superman, except pure evil and going through puberty at the same time.

The movie was directed by David Yarovesky, and produced by James Gunn, who also wrote and directed the horribly delightful Slither, which also starred Elizabeth Banks.

Apart from Banks, the film also starred David Denman, Matt Jones, Meredith Hagner, and newcomer Jackson A. Dunn as Brandon Breyer. The relatively small cast, in my opinion, made the movie more close to the chest as we watch this family in nowhere Kansas try to understand and grasp what their son/nephew is, and the moral dilemma of ‘can I love him, even if he’s a literal monster?’.

The chemistry between Banks and Denman made their characters struggle seem true as they reel from their son breaking a classmates hand, to entertaining the possibility that he may have actually killed [retract character]. 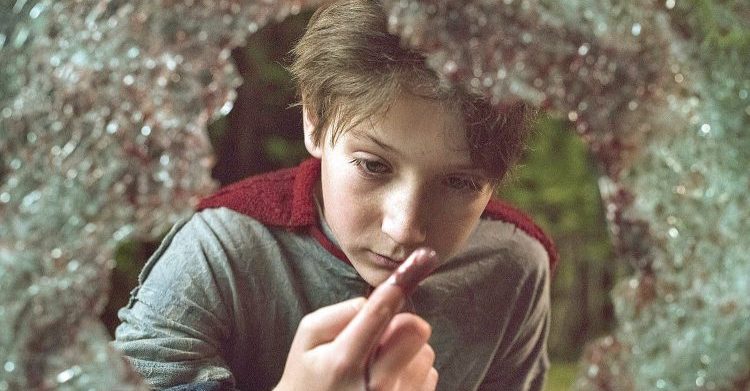 These two individuals are doing the best they can with their son, and getting to watch their insanity unfold as their son grows colder, more defiant, and sometimes just flat-out cruel makes them more likable and you can’t help but feel sorry for them in the third act.

I would also like to give a quick shout-out to Matt Jones, who plays the Uncle Noah character; I have only ever seen the actor in the cult classic AMC show, Breaking Bad, so to see him in something else with a better head on his shoulders was entertaining.

His character’s climactic scene with Brandon was humours in some ways as he ‘noped’ the hell out of the entire situation — even though the end results were tragic.

Jackson A. Dunn absolutely holds his own opposite Elizabeth Banks, he embodies the adolescent struggle so clearly and watching him take Brandon from a sweet, shy boy into a Chaotic Evil Supervillain-in-Training made it look effortless. Should Brightburn get a sequel, I would love to see how he grows with the character and show more of his incredible acting chops.

The pacing is good, though there are some moments that felt like something had been missed along the way; running at a mere 90 minutes, it gets to the point quickly, but I felt that there were certain scenes that could have been fleshed out more. Hopefully, in the home release there will be deleted scenes to do just that.

Explaining this movie to the most devout cinephile would prompt me to sum this movie up in just this one way: Brightburn is what the American Conservatives would portray Superman as, with strong Omen/Damien references, and sprinkled with The Good Son uneasiness.

I really enjoyed this movie, having gone in not knowing what I was in for. I want there to be sequels, and if the post credit scene was any indication — the universe that Brightburn could open up might be the next Unbreakable series, but with more villains and less Bruce Willis (sorry, my man!)