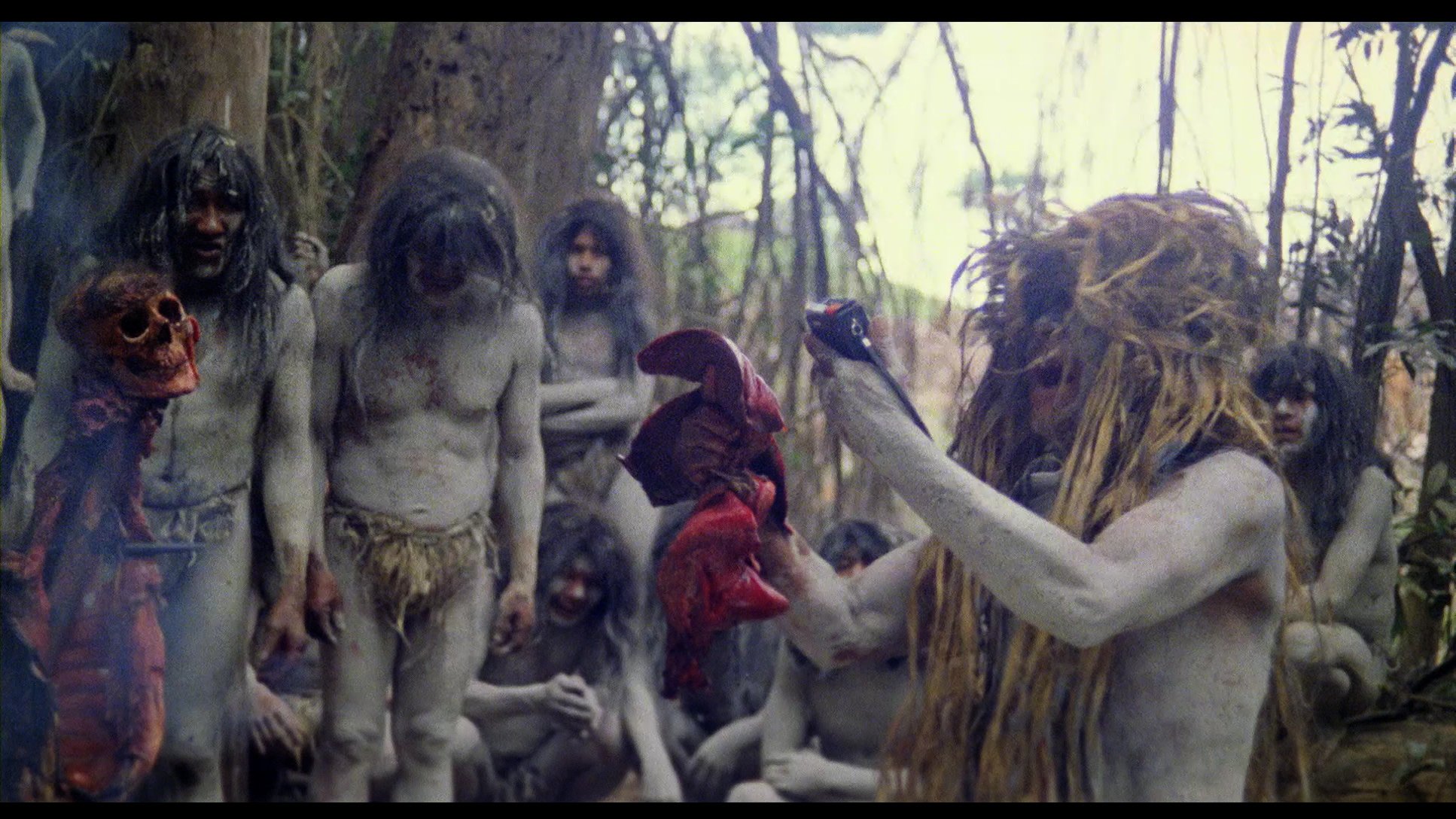 I recently decided to upgrade my Japanese DVD of Cannibal Holocaust to the U.S. Grindhouse release, I’m sure that most people know that Cannibal Holocaust is not movie you enjoy but it is a very well made film and the gore effects still hold up 35 years since its release, especially the gruesome castration scene towards the ending that still has me crossing my legs.

I’m sure most people are aware of the storyline but I will happily cover for those who aren’t, the story starts with a college professor, Harold Monroe, searching with his two guides in the Amazon jungle for four missing documentary makers. Once the mutilated remains of the documentary makers have been found alongside their 16mm tapes documenting their demise, Monroe is asked by a TV studio to review the footage and host a national TV airing. Upon reviewing the footage Monroe is appalled by the actions of the four documentary makers where they carry out disgusting acts of animal cruelty, raping young tribes women, burning the village huts with people still inside, all in the name of creating an award winning film. Monroe shows the final reels of the footage to the TV executives, which shows how the four documentary makers meet their end. 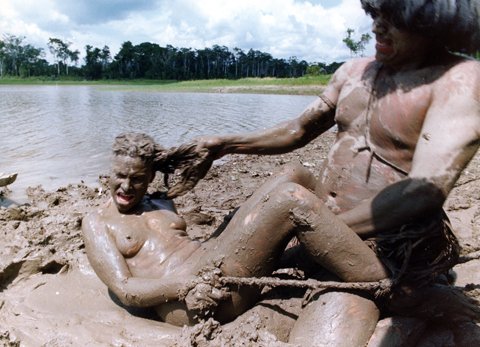 It has to be said that this film will be remembered for all of the wrong reasons, even the sheer mention of its title will conjure up images of animal cruelty, brutal rape scenes, gruesome death sequences and for being the spark that lit the video nasty scare. In 1982 the distributors of Cannibal Holocaust decided to try and drum up interest in the movie for its home video release by sending a letter of outrage to the National Viewers and Listeners Association founder, Mary Whitehouse, complaining of their own movie hoping she would jump on her soapbox to announce the horrors of the picture thus giving them free publicity. Whitehouse would instead start a campaign to have all ‘nasty’ movies taken off shelves thus starting the road to the Video Recordings act of 1984, giving full power the BBFC for any film being screened in the UK.

Director Rugerro Deodato landed himself in hot water days after the Italian premier, and was arrested for obscenity and as the courts believed the violence to be real he was also charged with the murder of the three main characters. During casting, Deodato insisted a clause being inserted in to the contracts of Carl Gabriel York, Francesca Ciardi, Perry Pirkanen and Luca Barbareschi stating that they could not take part in any media or acting roles for one year after the premier of the movie. This would come back to bite Deodato in his backside as since there was no sign of his lead actors after the release of the movie, the Italian government thought that Deodato must have captured their death on camera and totally buying into the found footage aspect of the movie, as Deodato had hoped but obviously not to this extent. 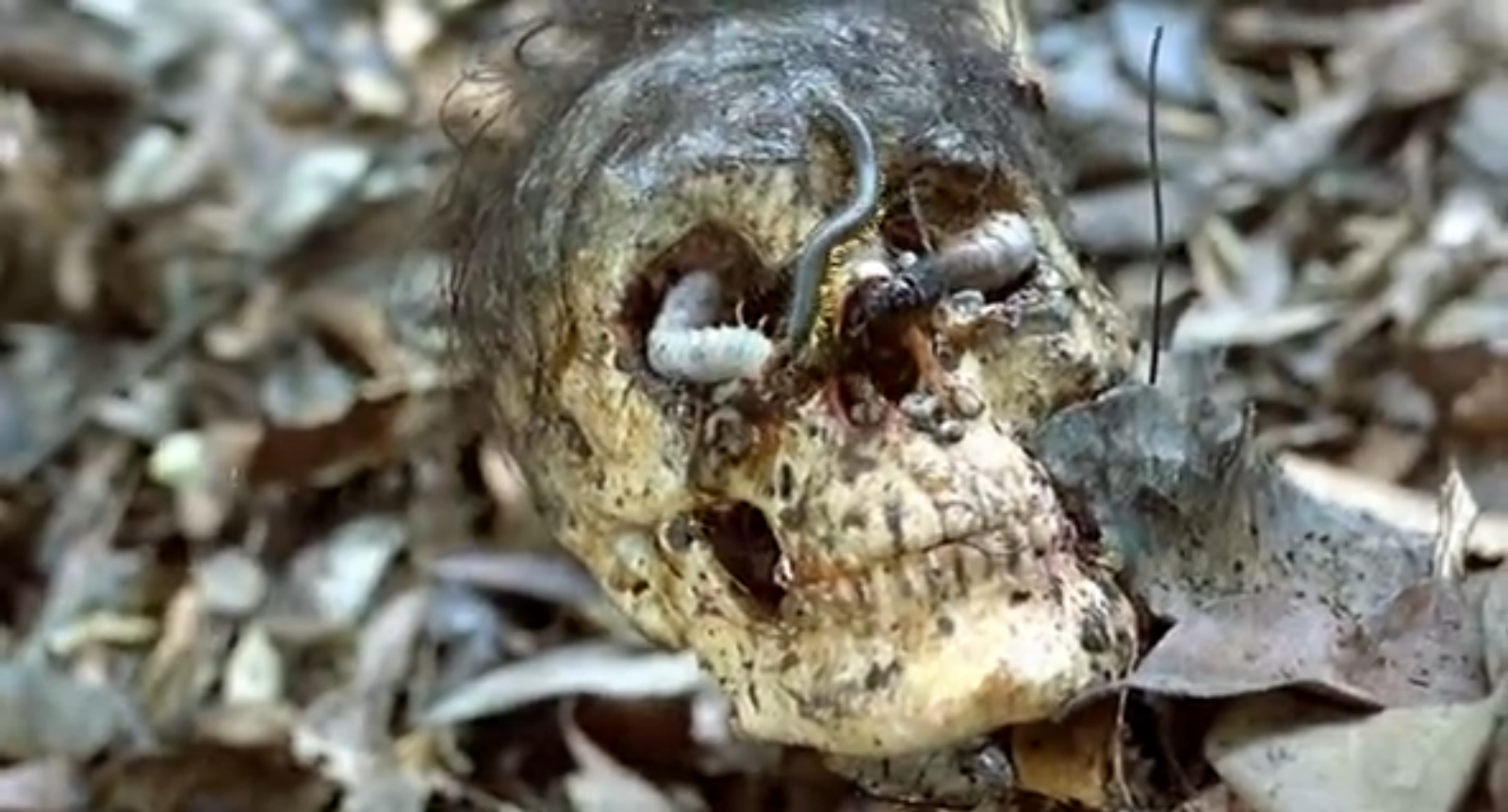 Deodato would be exonerated after he had got in touch with the quartet of actors and had them appear on the set of an Italian TV show to prove they were still living and this was enough to satisfy the court that no harm had come to the his actors. He would also have to recreate a number of the set pieces to the court, showing how some of the special effects worked as the tribes people in the movie were actual tribes people and Deodato would have no way of proving they were still alive. Deodato would be found guilty on counts of obscenity laws and animal cruelty and receive a suspended three month prison sentence, the movie would be banned in Italy only being shown in cinemas for 10 days before it was confiscated. Deodato battled the banning order for three years and courts would rule in his favour and overturn the ban on the condition that the animal cruelty and certain scenes of violence was cut.

Cannibal Holocaust was banned in the UK throughout the video nasty scare, all the way until 2001 when it was granted an 18 certificate with six minutes of cuts. Shameless Screen Entertainment gained the UK distribution rights for the movie and began work alongside Ruggero Deodatto on a new edited version of the movie with the animal violence being toned down and being replaced with reaction shots. The BBFC granted an 18 certificate to the original cut with only 14 seconds of cuts and all cuts to previous submissions for sexual violence being overturned as the rape scenes are not intended to titillate the viewer. The BBFC has allowed the majority of animal cruelty (other than the scene where a muskrat is brutally knifed) to remain, as they believe these killings were humane and did not break any BBFC policy. I am totally against censorship of film but I would not be against the animal cruelty being cut as these scenes are harrowing and repulsive especially the killing of the turtle; I will never know how a turtle being beheaded and then gutted and ripped apart while limbs and organs are still moving and twitching can be classed as humane! 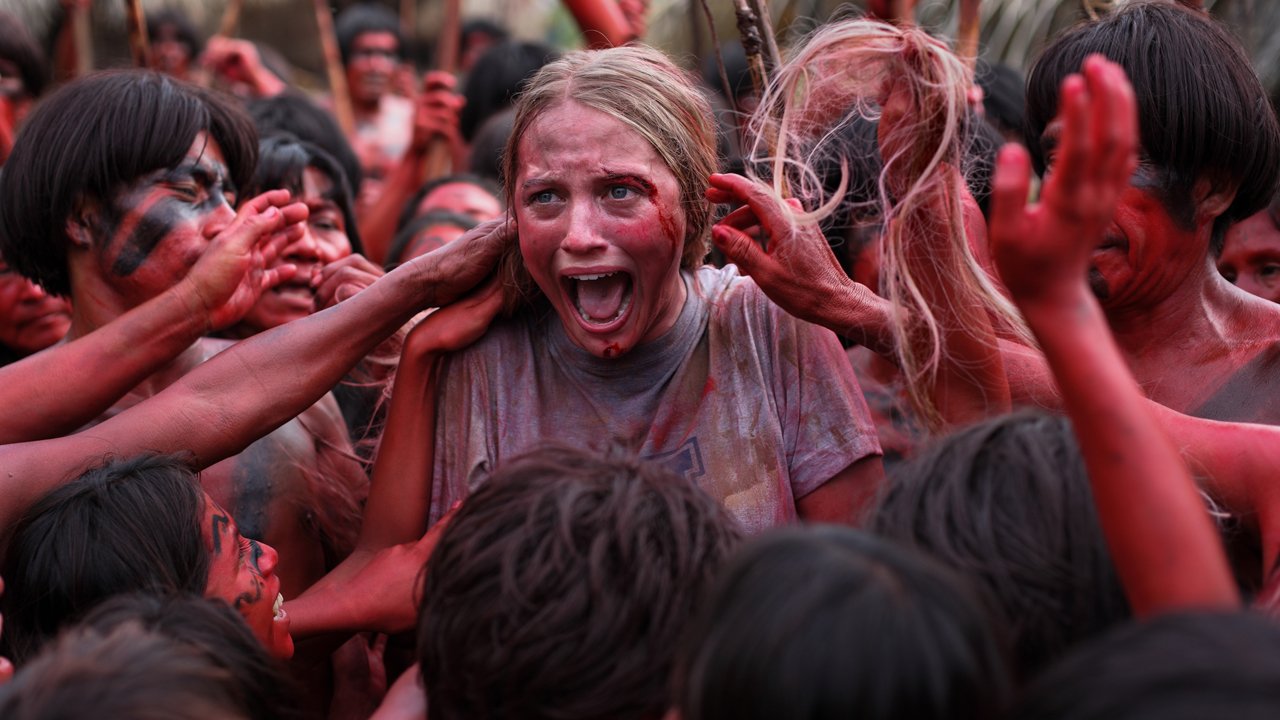 The U.S. Grindhouse release houses two versions of the movie, one with all animal cruelty included (‘the one that goes all the way’ being the tag line) and another with the offending scenes cut out. Also included is the original footage of the documentary within the movie (The Last Road to Hell), which included real scenes of executions in Nigeria. Also included is original trailers, and a massive amount of interviews with the director and all main actors. The soundtrack is included on CD and also a booklet with writings from many experts and also genre director Eli Roth who talks of his appreciation of the movie; Roth will release his ode to Holocaust later this year, The Green Inferno. Roth will unleash his Cannibalistic vision on to the public in late 2015 after resolving lengthy distribution issues that ended up in court, I very much doubt a millennial cannibal movie will pack a punch like Cannibal Holocaust or Cannibal Ferox but I do hope the genre can gain an appreciation from a new generation.

All in all Cannibal Holocaust is a very well made film and you can see its bloody finger prints all over modern horror as this was the first, and in my opinion best, found footage movie. I probably only watch this every few years as it is a very hard to watch film as it really attacks your senses with its brutal imagery but haunting soft spoken instrumental soundtrack. Deodato made this film with the viewpoint that the news media focused on the violence and sensationalised elements in their reporting and that message is possibly more poignant today than it was 35 years ago.