London-based indie horror filmmakers Andy Collier & Tor Mian have released the brilliantly unsettling trailer for their feature Charismata, which looks the impact of female oppression in the world of a Satanic murder case.

Our very own Seema Chohan was lucky enough to grab a sneak-peek, and my word… we should be excited.

Here’s her spoiler-free roundup on what could well be one of the best independent films this year (and we’ve been so kind to add the trailer at the bottom too!). 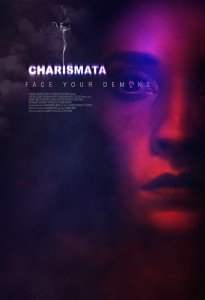 Charismata  is a psychological horror that follows detective duo Faraway (Sarah Beck Mather) and Smith (Andonis Anthony) as they set out to solve a string of ritualistic murders taking place in London.

Accompanied by DS Perkins and DC Lawrence (David J. Peel and Ethan Chapples) the group soon catch on to the trail of Michael Sweet (Jamie Satterthwaite), a seemingly charming yet smarmy business man. Sweet is fast to become the prime suspect, however is soon let go when lack of evidence renders his persual unnecessary.

As other suspects emerge, Detective Faraway becomes caught up in her own insanity. Obsessed with pinning the murders on Sweet, she struggles to separate fantasy and reality resulting in her dismissal from the case. Eager to find answers Faraway takes matters into her own hands and takes to the full-on stalking of Sweet. And as her delusions heighten, it becomes difficult to tell who is at fault. Is Faraway insane? Or is there a more sinister side to Sweet than originally found?

Charismata’s minimal budget is quickly forgotten thanks to the high quality performance from the cast. Mather’s strong performance ignites empathy and it wasn’t long before I could feel her frustration. Her slow progression into an irrational wreck over the course of the film is sad and morbidly fascinating. In addition, her odd couple pairing with  Andonis Anthony works well, with Anthony playing the part of a stereotypical sarcastic detective effortlessly.

However, it was Jamie Satterthwaite’s portrayal of Sweet that really made this film for me. His unnerving smile coupled with Sweet’s overwhelmingly arrogant and self-assured nature makes it incredibly easy to feel disdain within moments of seeing him on screen. 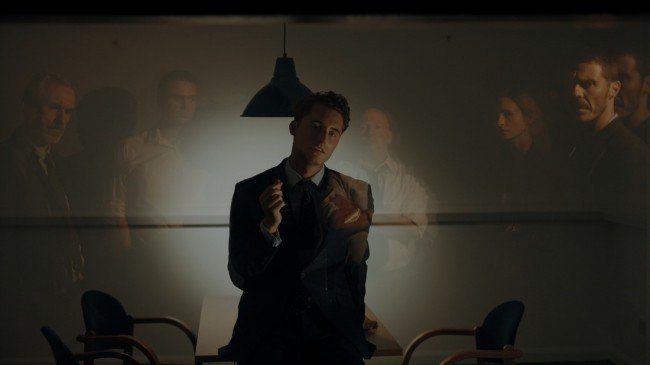 I was pleased to see that the film didn’t use any jump scares (props to the directors, who managed to create some seriously intense scenes), and suspense is certainly key. One of my favourite scenes sees Faraway asleep. Blurred but visible, we see a man enter her room, stand over her and stroke her hair whilst she sleep… Just imagine this happening to you in real life! Genuinely terrifying…

There also are several scenes in which Faraway follows Sweet around as he goes about his evening — those too were particularly nerve-racking to watch. You want her to find out what he is up to, but at the same time desperate for her to not be caught.

The plot line kept me hooked throughout, and the ritualistic crime scenes were a bonus. With scatterings of dark humour, and frequent bouts of distorted reality depicting the poor state of Faraway’s mental health, it truly is difficult to find fault with Charismata.  I won’t give away any spoilers but I also don’t think it could have had a better ending!

I definitely recommend you check this film out if you get a chance, as in terms of low budget British horror, I’d genuinely be surprised if I see anything better this year.