You all know I’m a fan of horror. We all are. But you know what else I love? Women directors, Australasia, and anthologies. So imagine my delight when I was asked to review Dark Whispers Volume 1, a horror anthology directed by female directors across Australia. 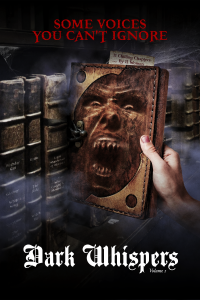 The wrapper sees Clara (Andrea Demetriades) discover her deceased mother’s ‘Book of Dark Whispers’. There’s a dedication to her with a warning to “tread carefully”. She opens the book, and it entices her to keep reading even when she attempts to destroy it after aspects of the spooky stories manifest in real life.

The stories are filled with various themes and use a variety of metaphors to represent grief, heartbreak, and obsession. If you’re a fan of blood, guts, and torture, you’ll be disappointed here. If you like your horror with more context and a psychological bent, then you should definitely keep reading.

Angie Black’s ‘Birthday Girl’ is the heart wrenching ghost story of a woman who has to say goodbye to her daughter. ‘Watch Me’ by Briony Kidd follows an actress who needs constant eyes on her to stay “relevant” aka alive, even needing a man to watch her using the toilet and someone sitting by her bedside whilst she sleeps. I liked the Psycho-style soundtrack in this one.

Marion Pilowsky’s ‘The Ride’ is a British inclusion with a story about a hitchhiker being picked up by an overbearing, racist man who drags him into a dicey situation. The performances here are good with a Wolf Creek vibe and a nice little twist ending. 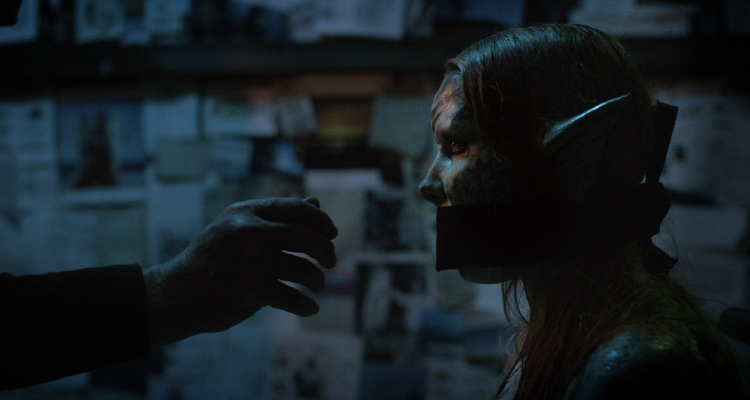 I really enjoyed ‘The Man Who Caught a Mermaid’ by Kaitlin Tinker, which followed a fisherman hell bent on catching himself a mermaid. He’s a running joke amongst the other fishermen and his wife is at a loss with him. He finally manages to capture his dream (literally bound and gagged) and keeps her in his shed, attempting to feed her canned fish. His wife, fed up with his behaviour, ventures into the shed and finds the horrific reality of her husband’s twisted desires. There are a few comedic moments in this, but it is also rather sad with an awesome twist. 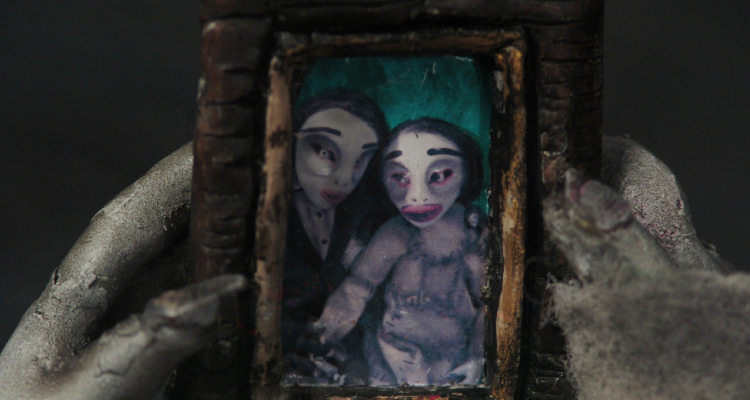 I also loved ‘Gloomy Valentine’ by Isabel Peppard, which is the sole animation in this collection using creepy, Tim Burton-esque dolls that reminded me of Bagul from Sinister. It explores heartbreak with lots of crying and picking petals off flowers. It’s filled with symbolic moments: her heart floating away, the picture frame breaking, and heartbreak manifesting as a monster that engulfs and destroys her. It’s wonderfully ominous with a woodwind soundtrack that is both beautiful and foreboding.

‘The Intruder’ by Janine Hewitt follows a young woman who is being plagued by someone on a dark and stormy night. The acting is great in this one and there are some classic jump scares. Katrina Irawati’s ‘White Song’ is the most hauntingly beautiful and brutal of the shorts, exploring an Indonesian ghost story of depression, death, and birth. 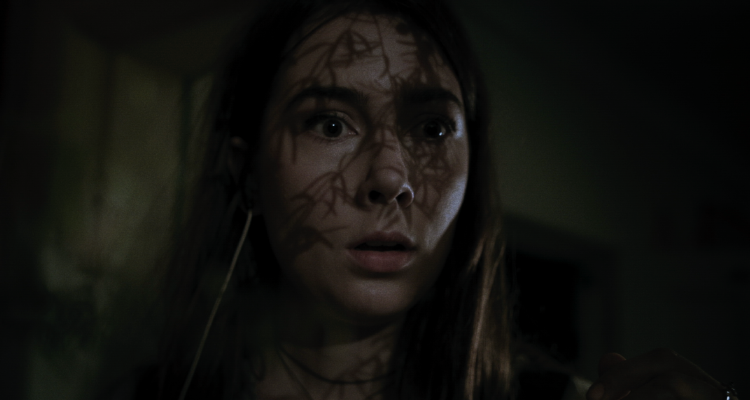 Horror comedy shows its chops (quite literally) in Lucy Goldthorpe’s ‘Grillz’ which follows a vampire who swipes right to find her next meal. Madeleine Purdy’s ‘Little Share House of Horrors’ sees a girl steal an edible Devil’s blossom plant and take it back to her student share house. Once there, her intoxicated flatmates decide to eat her plant smoothie with disastrous consequences. Comedy ensues as our heroine attacks a legion of plants with garden shears, punches, and kicks – she’s a badass.

Jub Clerc’s ‘Storytime’ follows two indigenous siblings exploring the mangrove swamp to find the mythical Gooynbooyn Woman. The son goes missing with his grandmother hearing his cries, knowing there is no coming back. It’s a great inclusion in this anthology, demonstrating Australia’s dark myths and legends.

This anthology is a showcase of the incredible talent in female filmmakers across Australia. There’s something for everyone here and I guarantee you’ll find yourself craving more. Roll on Volume 2…

Dark Whispers Volume 1 releases on all major digital platforms across the UK and Australia on 25 January 2021.