Miles Doleac’s Demigod arrived on streaming services in the US last week with a healthy dollop of camp, gore and silliness that make for a wildly uneven and confused film.

Returning to her grandfather’s house in the wilds of the German Black Forest, Robin (Rachel Nichols) and her husband Leo (Yolance Myles) must clear out the old man’s cabin and get his affairs in order. On arrival they encounter experienced huntsman Arthur (Miles Doleac) and his daughter Amalia (Rachel Ryals) as they hunt in the endless forests around her grandfather’s home, all the while unaware that something in the woods may very well be hunting them. 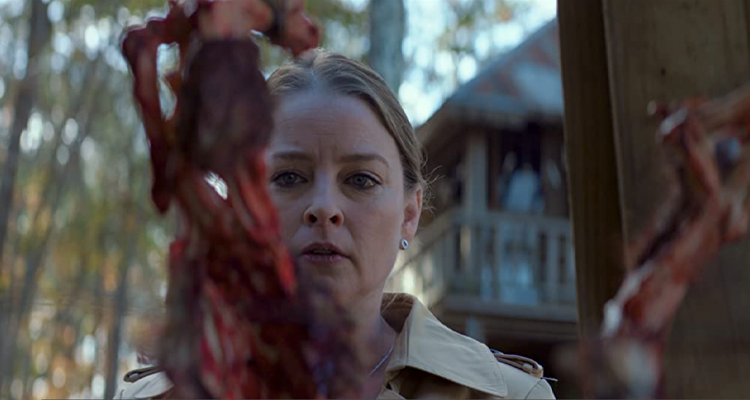 Demigod is a film that doesn’t seem to know what it actually is; an opening prologue scene hints at a fairy-tail like story full of witches and ancient gods, playing on the themes of nature versus man and all sorts of folk-horror goodness. Unfortunately, the rest of the film only uses these aspects of the story for window dressing in what is a fairly rote slasher film, filled with disposable characters despatched in all manner of grim and violent ways.

Rachel Nichols is terrific throughout, giving a convincing and passionate performance that raises the film from its B-move aesthetic and gives the viewer a little more to hold on to. Similarly, Yolance Myles is really good as her loving and devoted husband (and should win some sort of award for being the most stylish man in the German black forest) but further compound the notion that these characters are from a different film altogether. Doleac’s performance as the mysterious and dangerous huntsman Arthur is a lot of fun and his presence really brings an ominous mood to the film. 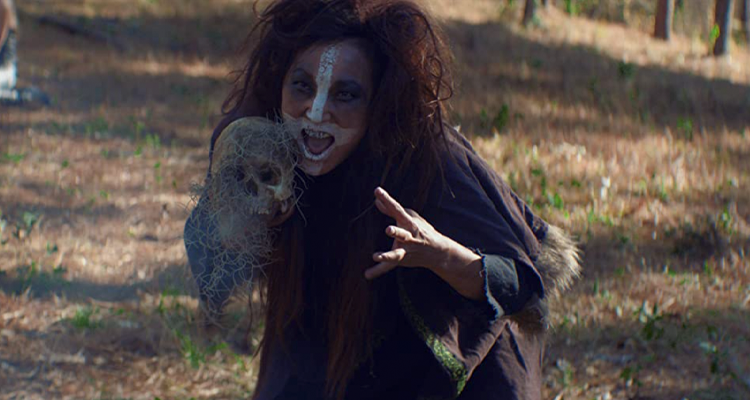 When the three witches from the prologue return, the film begins to wobble a little. The performances are fine, and the dialogue is wonderfully portentous, but the mismatch in tone between the two sections never really gels as well as it should in order to carry the film forward. The idea of a re-invention of the Cernunnos myth is definitely one worth pursuing, unfortunately the flavour of the story gets lost under the weight of the slasher trappings.

A couple of other characters (all of whom should be wearing t-shirts that read ‘cannon-fodder’) are randomly thrown into proceedings just before the Demigod himself arrives in order to really ramp up the body count, but none really impact the story in any great degree.

And it’s with the arrival of the titular Demigod that the film almost stumbles to a halt. An interesting character design that the costume doesn’t quite live up to, the creature unfortunately comes across more silly than scary. A peculiar choice to give him red-laser vision as he hunts for his prey never really works, and the moments of dialogue between the creature and his victims fall flat as they expose the limitations of the rubber prosthetics on the actors face. The demigod also seems to hunt his quarry using curiously modern weaponry (the arrow-flights from his steel crossbow have unusually bright colours) that feel like a missed opportunity to craft something truly unique and archaic. 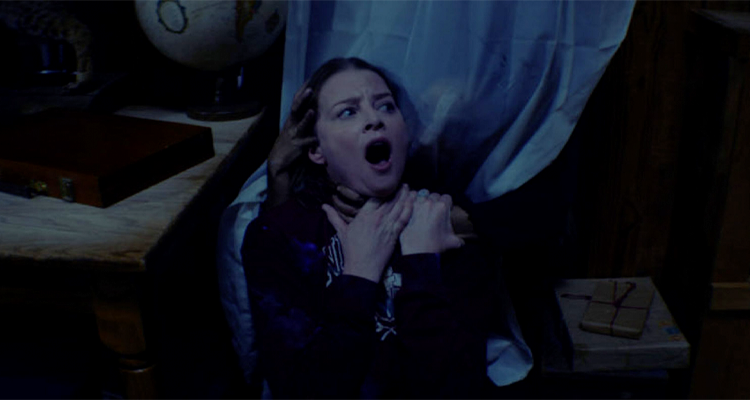 The film looks great and Doleac directs the action well; the story moves at such a breakneck pace that you never really have enough time to examine the slight plot and sketchy characters before we are on to some more blood and murder. And running at just over ninety minutes, the film never outstays its welcome and remains an enjoyable enough distraction. The Mississippi forestry doubling for the German woods is gorgeous, allowing for some beautiful shots as the group are stalked by the seemingly unstoppable force. Doleac makes the most of the woodland setting and really wrings a lot of interesting visuals from the beauty all around him.

Demigod is a fun film that sometimes gets lost in trying to find a consistent tone. Strong directing and a great central performance elevate it above it’s occasional B-movie trappings, and while the titular beastie doesn’t quite live up to expectations if you’re in the mood for broad and bloody slasher, Demigod has you covered.