Director Ben Charles Edwards brings us Father of Flies, a beguiling, haunting tale that seems to exist in a nightmarish neverland between slumber and reality. 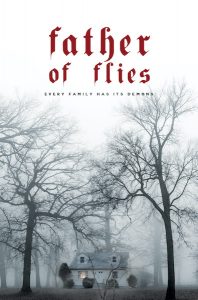 A family drama with a dark secret, the story follows children Michael (Keaton Tetlow) and his older sister Donna (Page Ruth) as they struggle to cope with the dissolution of their parent’s marriage amidst the arrival of their father’s new partner Coral (Camilla Rutherford). Distant and disinterested in the family she has inherited, Coral cuts a cold and crafty figure as the cuckoo in the nest. And with Coral’s arrival in the home comes another presence, a dark and hungry malevolence that seems to be reaching out to Michael, growing ever stronger as the wedge between the children and their father grows.

Father of Flies is a film that thrives on the tension ridden atmosphere that it crafts. Sitting on the shelves for a couple of years, the tragic death of lead actor Nicholas Tucci ignited a spark in director Ben Charles Edwards to finish the film and give the world one final performance from Tucci. What he delivers is a modern dark fairy-tale that is packed with great scares and a story so bleak that you might need to have a couple of your favourite comedy films lined up to go when you finish.

The film wears its influences on its sleeves with nods to the darker elements of Snow White and the Seven Dwarves along with Tobe Hooper’s seminal horror classic, Poltergeist. But Edwards takes these familiar elements that come from films with decidedly lighter tones and uses them to craft a tale that is harrowing, heart-breaking and peppered with some truly shocking moments.

Nicholas Tucci (You’re Next) gives a complicated, compassionate and deep performance as Richard, a father desperately trying to hold the remnants of his family together as tragedy threatens to tear it apart. As the final role for a talented actor taken long before his time, this is a neat showcase for his abilities in the craft. Keaton Tetlow carries much of the film on his young shoulders and gives a performance that feels wonderfully well crafted, and creates a sympathetic character whose plight the audience can really invest in. 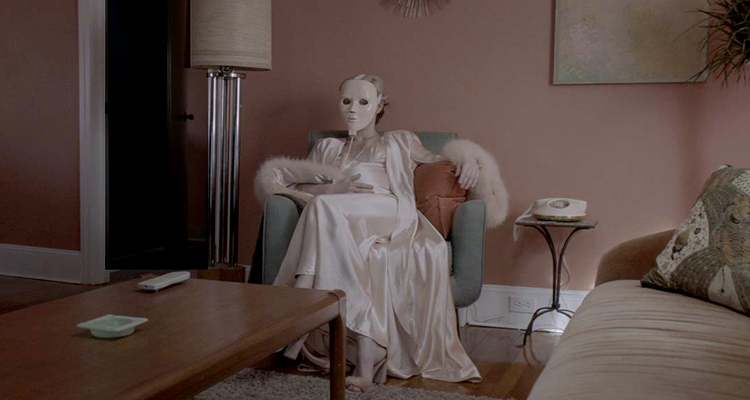 Camilla Rutherford’s (Phantom Thread) Coral is an ambiguous and icy-cold creation, wandering the halls of the family home like a ghost herself and haunting the frame with a blank, unsettling vanity mask to keep her features forever young. The evil Step-Mother is a bit of a rote cliché that exists throughout all of not only horror but fairy-tales too, but this genre crossing leads to some of Father of Flies most arresting visuals and Rutherford gives a deliciously ambiguous performance throughout.

Colleen Heidemann’s kindly next-door neighbour Mrs Start appears throughout the film to help guide and advise Michael on his plight, her otherworldly demeanour hinting at her larger knowledge of the supernatural events plaguing the family. Heidemann has an oddly worrying, yet kindly demeanour that further adds to the unease of the story, and her moments in the film add a further mystery to film’s ethereal plot.

The only misstep comes in the form of Page Ruth’s subplot as Donna. Ruth gives a strong, rebellious performance and has some well-pitched emotional beats that work really well, but the thread of her story gets lost and culminates in a messy and unsatisfying ending that left me craving a little more detail. And clocking in at a very slick 78 minutes, it feels like some of this story was lost on the cutting room floor.

The entire film feels as though we are being pulled into a nightmare; the icy cold forest that surrounds the family home seems to be ever encroaching on the characters space, while unseen forces claw and pull at the frame in a bid to break through to reach the innocent left behind. Father of Flies packs some truly devastating reveals and has the courage of its dark convictions when sticking an ending that will leave you haunted and shook by its unflinching finale.

Father of Flies had its UK premiere at this year’s Raindance Film Festival as part of the Screamdance strand.

Check out the rest of the Screamdance strand here