I have been following the work of writer/director Leigh Janiak since I watched her debut feature Honeymoon in 2016 (two years after its release!). When it was announced that she was to direct Fear Street – a trilogy based on R.L. Stine books – I couldn’t be happier. But because it went on for so long without any news, I thought the project had died. This past Friday Netflix dropped the first instalment in the trilogy – Fear Street Part 1: 1994. 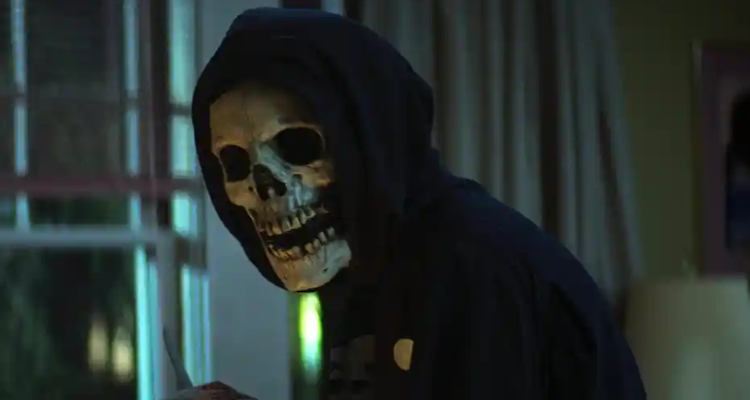 Directed by Janiak, co-written by herself and Phil Graziadei (who also co-wrote Honeymoon), Fear Street 1994 is a slasher with a twist. While it opens up with a scene that is clearly an homage to Scream and its iconic scene with Drew Barrymore where a masked killer stalks a shop worker at the mall in a town called Shadyside and while she runs away she sees many others who were killed, the film offers more than the run-of-the-mill killer. The plot thickens as it mixes witchcraft, more masked killers (hello, The Town That Dreaded Sundown and Friday the 13th), and a lot of overt social commentary.

After the death in the mall, people from the town of Shadyside are shook up with the murder streak that has been happening, but to their more affluent neighbours of Sunnyvale (tell me the name doesn’t ring a bell? Sunnydale…Buffy…ok) view the murders as a joke. Janiak does not hold back and portrays the rich, mostly white society from Sunnyvale as callous, evil and, to quote Principal Himbry from Scream “heartless, desensitized little shits”, while inviting the audience to see the injustices that the black and Hispanic people suffer. 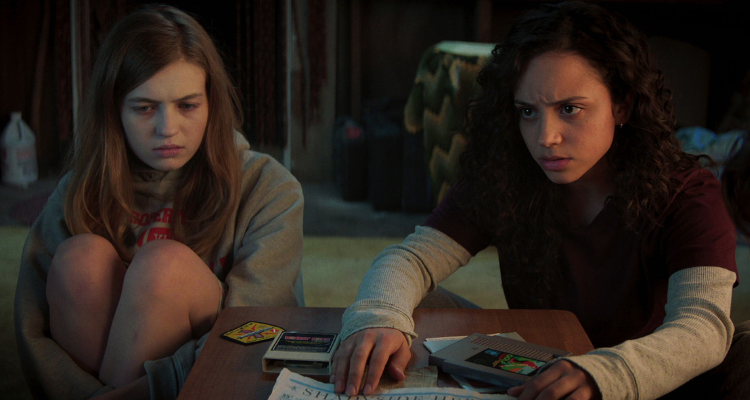 Deena (Kiana Madeira) cares for her little brother, Josh (Benjamin Flores Jr.), and her dad, who does not appear in the film but his presence is seen through the endless empty beer cans he leaves behind. Not only that, Deena is suffering from a heart break – she writes a hate note to Sam (Olivia Welch) who left her after moving to the rich neighbour city with her mother. It is refreshing to see a lesbian couple in the centre of a horror film set in the 1990s – specially in a universe where none of their friends bats an eye to the fact that they are two girls in love. The only ones who are not ok with it are Sam (who eventually has a change of heart) and her mother, who fits right in with the inhabitants of Sunnyvale.

Fear Street 1994 is a fun slasher film that fits right in with the other recent slashers that offer a little bit more than meta-awareness, and play around with the subgenre, like Happy Death Day and Freaky (both directed by Christopher B. Landon). The group of characters who are stalked in Fear Street 1994 all go beyond their expected stereotypes. Partly because newer films are abandoning these dated stereotypes to pick up on more PC (and three dimensional) characters, but also partly because of the social commentary mentioned above, as the stereotypes seem to fall perfectly with the characters of Sunnyvale.

Deena smashes the pre-conceived ideas of the wholesome Final Girl, her best friend, Kate (Julia Rehwald), is both a drug dealer and a valedictorian, and Simon (Fred Hechinger), also a drug dealer, has been the employer of the month for the past years and is the sole breadwinner of his family. Janiak is not just pointing out the stereotypes linked with the slasher subgenre, she is indeed offering options. 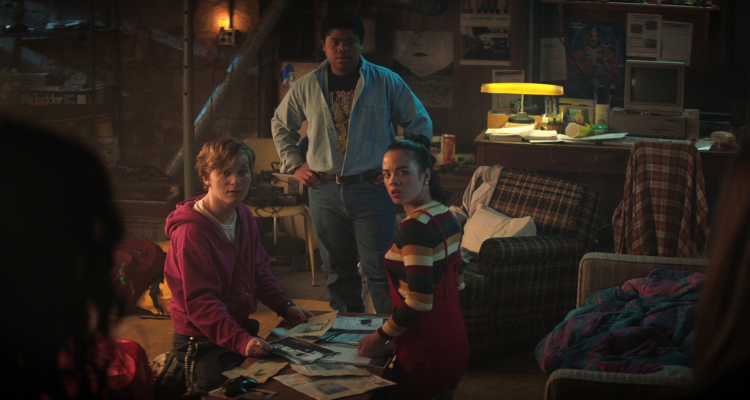 Although it pains me to see the 90s as ‘retro’, which may be setting a precedent now that horror folks might be fed up with endless 80s throwbacks, the decade jumps from the screen. What caught my attention was the soundtrack, which I was pleased to learn was done by Marco Beltrami, who tapped into his earlier work in the Scream movies and The Faculty, and went directly to my subconscious.

The first instalment of the trilogy ends with an opening to the second instalment, which is actually a prequel set in 1978 and will deal with the same paranormal plot – and hopefully there will be some references to Halloween and the endless slasher films set in summer camps!