Roughly two weeks ago, I managed to get into a cinema for the first time in a long while and saw the Blumhouse/Universal slasher comedy, Freaky. 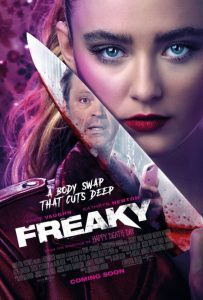 While I honestly wouldn’t advise going to the movies during a pandemic (especially since the cinema I saw it at closed its doors two days later), the late to the party horror/comedy was just what I needed to perk myself up.

I don’t think it was worth the price of admission, but it was still a damn fine movie!

Starring Vince Vaughn as the serial killer-switched teenager who can’t catch a f*cking break, this film isn’t the typical slasher trope; though it is nice to have a new slasher amongst our midst.

Vaughn is known as ‘The Blissfield Butcher’, an urban legend in a small town. After a group of teens are murdered it proves that the legend is more than well…a legend. The Butcher then steals a super cursed dagger and things get kind of weird.

We then meet our protagonist, Millie (Kathryn Newton). She’s dealing with the death of her dad, she’s got a crush on one of the football players, and she’s failing shop class. Oh! And she’s the next victim of the Blissfield Butcher!

After her mom doesn’t show to pick her up after the Homecoming football game, she attempts to outrun the Jason knock-off serial killer in her mascot uniform; but unfortunately, he stabs her with his new, shiny dagger that turns out to be an artefact of an unknown Central American/Mexican tribe ritual. 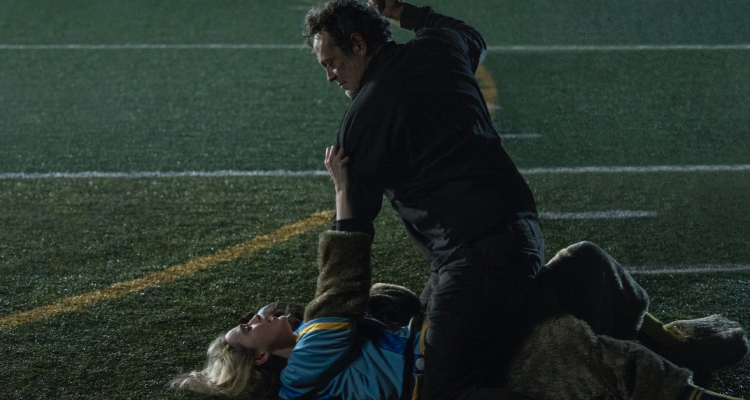 Millie survives, but the next day she wakes up wondering why she is surrounded by bones and is significantly taller…and bulkier…and smells of ‘hot dog water’. The Blissfield Butcher on the other hand, wakes up and is trying to figure out who the f*ck Panic! At The Disco is. Plus Banana Pancakes, so, score!

A lot of things ensue: glam-ups, murder, Alan Ruck plays an asshole for the first time, and two friends running away from a guy who LOOKS like a serial killer, but it’s really their friend. Plus, Vince Vaughn doing a mascot/cheerleading routine as a teenage girl, and it’s everything you needed in 2020, but nothing you asked for!

But, the bottom line is: Millie has to get stabbed again to get back into her body and that journey is a complete cluster fuck in the best way possible. Her friends, Nyla and Josh give me life, and the football player crush, Booker Strode (a nice nod to the final girl, Laurie), is a genuinely nice and decent human being. Watching him and Millie (as Vince) interact was the best and the love/crush/’what is this?’ subplot didn’t feel forced in the slightest. So bonus points, team! 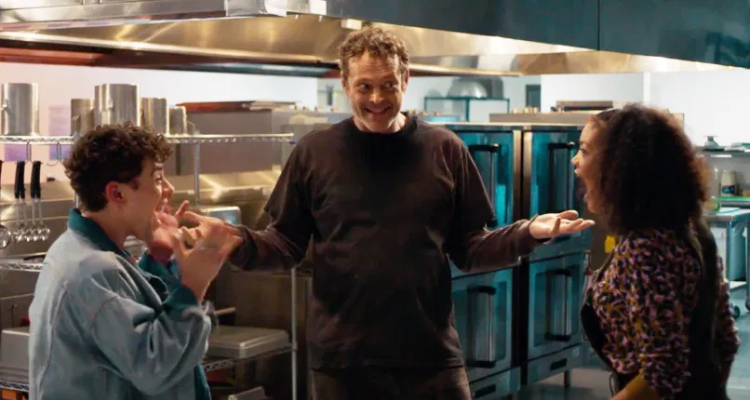 There are a lot of funny one-liners, the characters are self-aware, and the movie doesn’t take itself seriously in the slightest. It takes the rules of a typical slasher flick, and throws them out the window.

It genuinely made me happy to see a new slasher flick that wasn’t a retelling of Michael Meyers, Freddie Kreuger, Jason Voorhees, or any of the others that came into fruition in the late 70’s/early 80’s.

Blumhouse and Universal have made a fun little film that could potentially turn into another franchise if they really wanted to. But, none-the-less, it was entertaining, it was funny, the writing and acting were great and so were the kills. The kills are always important, and they were rather creative.

Freaky is definitely worth a watch when it comes to the UK. It isn’t ground-breaking by any means, but it is a love letter to the slasher films that came before it.