Coming to digital streaming platforms in September is Francesco Giannini’s outbreak-horror film Hall.  Debuting to some acclaim at FrightFest 2020 during the height of the Covid pandemic, it is a timely and unsettling look at the early stages of a lethal virus, our viewpoint almost exclusively located in a single hotel hallway. 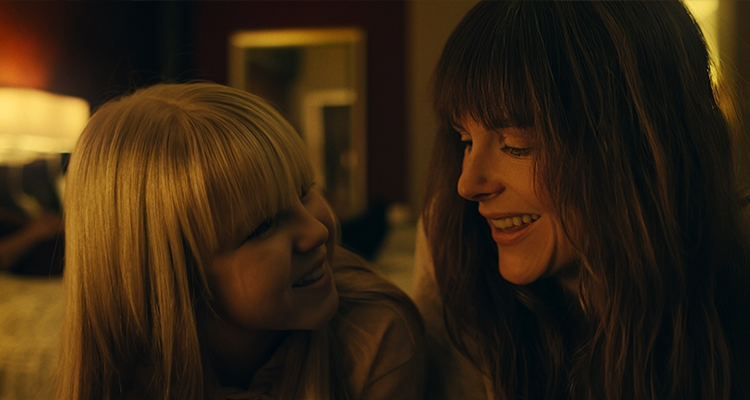 Sharing similar themes of confined isolation and spreading disease with Spanish classic REC, Hall is a much slower paced film that allows its characters to breathe before ramping up the tension. While REC feels like a non-stop rollercoaster with set-piece after set-piece, Hall is more of a character piece that wants to dig into the lives of our central characters.

We follow the stories of two women suffering similar plights; Val (Carolina Bartczak) who is travelling to the hotel on a road-trip with her abusive husband Branden (Mark Gibson), and heavily pregnant Naomi (Yumiko Shaku) who has fled halfway across the world to escape a domineering and dangerous man at home in Japan. Meeting on arrival at the hotel, unaware of their shared abuses, both women must try and survive a night of pure terror as a dangerous and mysterious virus tears its way through the hotel with a hungry abandon. 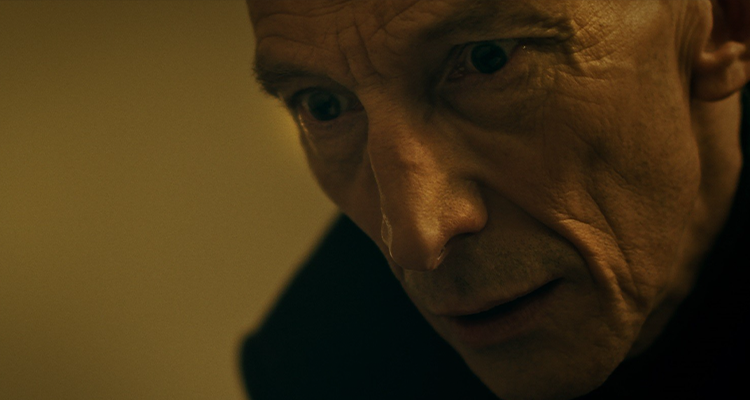 Hall is a film that is big on atmosphere but slight on plot, and as a result it feels an enjoyable, if unsatisfying, experience. Julian Richings (Anything for Jackson, Supernatural) appears at the movie’s midway point as a mysterious occupant staying on the same floor of the hotel as the outbreak. On his bed are vials of luminous green fluid (of a shade that Herbert West would be proud), one test-tube sitting empty in a medical bag, a bio-hazard warning plastered ominously across the front.

Richings is an unsettling presence; his dark, sharp features curiously eyeing the sick and the dying strewn across the length of the hotel hall with a calm fascination. He speaks to an unseen voice on the phone, assuring her that everything has gone to plan; he soothes one of the dying victims, reassuring her that “This is all for something greater”. In his brief screen time, Richings adds an unnerving feeling of orchestration to proceedings that opens the scope of the story and hints at a grander narrative.

All of which is a peek at an intriguing and altogether more sinister film that the plot of the movie seems to lose track of. There are fascinating parallels to be drawn with the plight of our heroines whose lives are being destroyed by dangerous and violent men, and of a manufactured and man-made virus that threatens the rest of the world. I only wish that the film spent a little bit more time fleshing out this element of the story as what is presented to us is so flimsy that if it were cut from the film entirely it would make little difference to the plot.

Carolina Bartczak is terrific as the sympathetic and determined Val, trying to pick the optimum moment to escape from the clutches of her violent husband with her daughter. Their escape coinciding with the nightmarish outbreak adds a feeling of real tension that runs through the film’s slight runtime and is really the story’s strongest focus; director Francesco Giannini moves the escape along at a slow, purposeful pace, his close-camera work adding to the feeling of claustrophobia that puts a knot in your stomach from beginning to end. 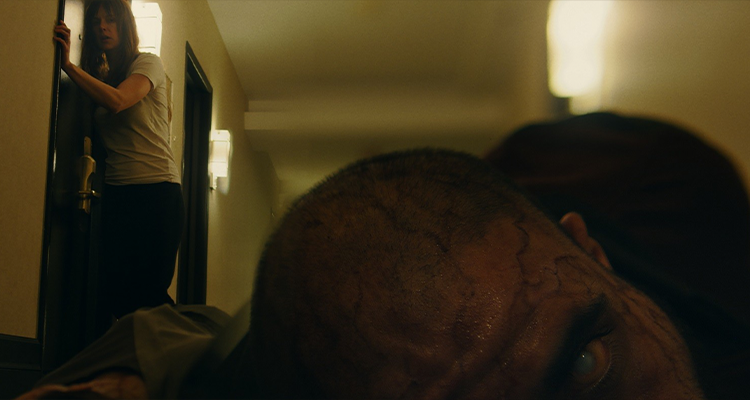 Shaku gives a terrific physical performance as Naomi, a large portion of the film following her desperately slow crawl to escape the nightmare of the hall. She is incredibly expressive in the role, making the most of her slice of the tale and giving a memorable performance that is strewn with maternal terror and agony.

Giannini does wonders with his limited set; the hall itself seems to stretch on for miles as our heroes make their bid for safety. The infected lie strewn across the hall’s length, black tendrils of infection spreading across their faces as the virus kills and mutates their human form and eats away their humanity. While Hall is certainly not a ‘zombie’ film, there is definitely some elements of transformation occurring in those afflicted, a note that the film’s final frame seems to double-down on in a genuinely unsettling moment. 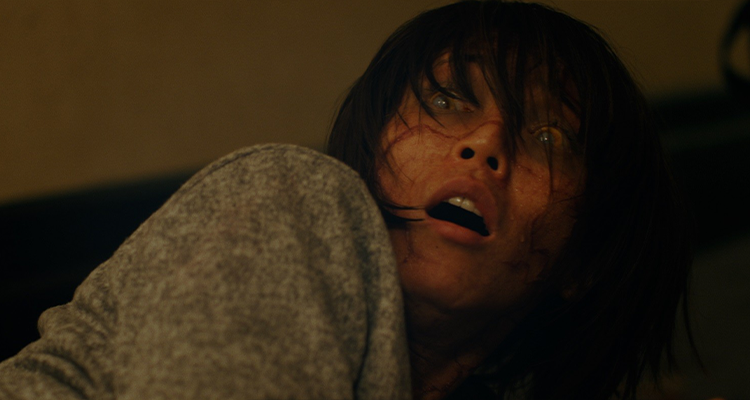 Hall is a film that succeeds on the terms it sets for itself. As an eighty-minute exercise in creating pure tension it works wonders, creating two central characters that the audience can root for and identify with. Where it stumbles is in the expansion of its plot; there is a larger film hiding just out of the frame of Hall, one that I would have loved to have seen explored.

Hall will be released on UK Digital Download and On Demand from 13th September.