For decades, many of the greatest horror films came to the screen as much brimming with scares as with commentary. 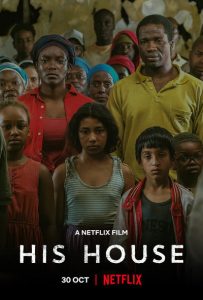 At their best, horror films act as societal mirrors, where the ills of the day are dressed in supernatural garb to grab the audience’s attention.

From George Romero’s Night of the Living Dead and Dawn of the Dead, to current horror auteur Jordan Peele’s layered and dark Get Out and Us, the genre is rife with parables and metaphors that have something to say about the world in which they were created.

Remi Weekes’ His House feels from the off like a film we will still be talking about in twenty years time. The story of two asylum seekers from South Sudan fleeing from slaughter in Africa, His House tells a familiar tale from a fresh perspective, with a voice that rails against the bureaucratic nightmare that so many face when looking for a home in Britain.

Bol (Sope Dirisu) and Rial (Wunmi Mosaku) have travelled to our shores in the most dangerous and difficult of circumstances, sacrificing everything in their bid to live a peaceful life. Having suffered a tragedy in the crossing, Bol and Rial try to start again in an unwelcoming and hostile environment, and in a house where nothing is as it seems. 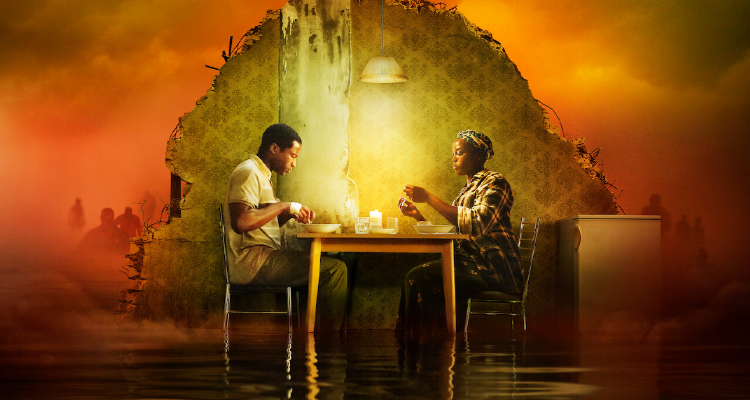 His House is a gorgeously shot film, with ethereal dreamscapes flitting in and out of the frame seamlessly, giving the movie itself a haunted and disorientating feel.

Whilst set primarily on a bland, maze-like housing estate somewhere in England, the film spreads its wings and encompasses the breadth of the ocean to bring us harrowing images and scenes from the life the couple are trying to forget. Packed with great ghosts and unsettling moments, His House works as ghost story first and foremost, where the scares and mood are placed front and centre.

Whilst undeniably a haunted house movie, His House is to be commended on the way it refuses to play to the genre’s conventions. There are no lengthy discussions regarding the nature of the evil in their home, no sceptical rationalisation of the supernatural events, Bol and Rial quickly accept the truth of the horror living in their home and resolve to face it. 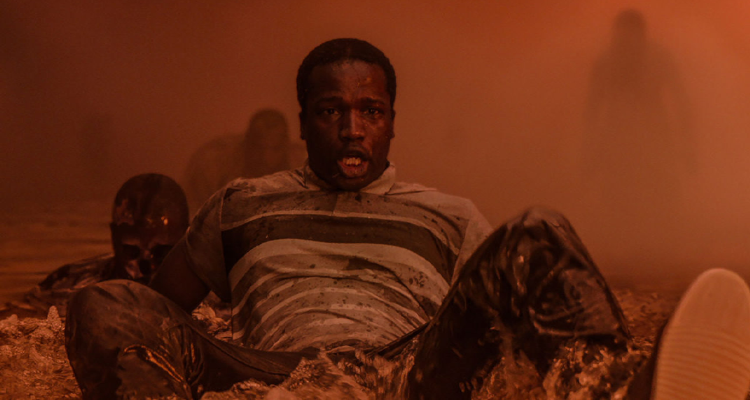 Sope Dirisu (Gangs of London) is fantastic as Bol, a man desperately trying to build a new life and forget the toll the journey to England has taken on his soul. Whilst outwardly strong and positive, a bubbling and bruising sorrow seems to be forever lurking behind his eyes. And as the ghosts of Africa make their presence known, threatening to destroy the new life he desires so much, his attempts to hold firm are heart-breaking.

Wunmi Mosaku (Lovecraft Country) is utterly spellbinding in a much more reserved role. Not as easily convinced as her partner to forget her former life, she provides a sad snapshot into the existence of thousands of asylum seekers forced to flee their war-ravaged country for their lives, given grief by the ignorant for not conforming to the British way of life. 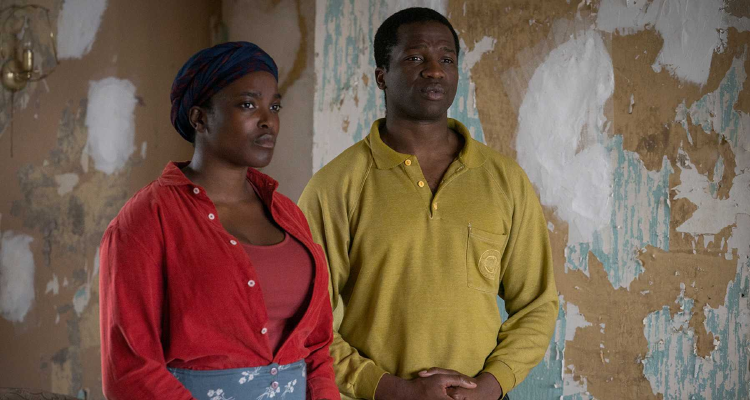 Matt Smith (Doctor Who) is a sympathetic and worn-down social worker trying to help the couple settle into their new home. Although appearing friendly and amenable, the weight of his experiences colour his attitude when the couple press him for aid. Smith, as ever, is an incredibly watchable performer who conveys so much with so little as he dips in and out of the film’s narrative.

And while the ghosts and demons on display are genuinely scary (Javier Bodet adds another gloriously horrible demon to his C.V to go along with those found in REC, IT and Slender Man), the film elevates itself by providing a look at the horrors refugees often face when looking to settle on our shores. From the disinterested and passive aggressive social workers who seem full of resentment at the modest help afforded to the couple, to the racist ‘Little Englanders’ who colour the film with hateful and ignorant utterances, the lasting horror of the piece is often found out with the haunted house the terms of their asylum see Bol and Rial trapped in. 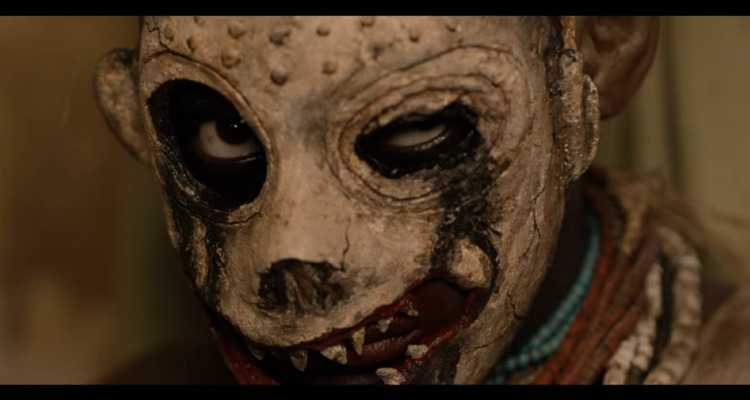 Co-written by Weekes, the script is an exercise in precision craftmanship; packed with terrific scares, the film still finds time to act as a scathing commentary on the asylum process and to build two central characters who feel rich and alive.

His House is a ghost story that will fill you with dread and horror, but it is perhaps the film’s social commentary that will haunt the viewer long after the credits have rolled and the demons have faded.