Hosts (Dir Richard Oakes / Adam Leader) is a film that takes it’s time in playing its full hand, but when it does so, a wave of horror and chaos washes over the screen in a crimson flood.

Not to be confused with 2020’s monster hit Host (Dir Rob Savage), Hosts is an altogether different beast with its own groove and tale to enjoy. 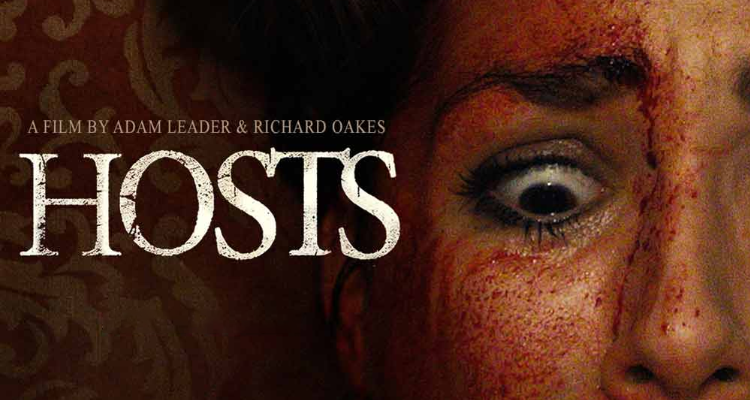 I went into this film knowing very little other than it was a home invasion movie made by a couple of up and coming British directors. And I would implore other prospective viewers to do likewise.

In the interests of setting the scene, I will simply say that Hosts is a Christmas horror film that truly packs a punch.

A loving, if slightly troubled, family are hosting Christmas dinner at home for themselves and their friends Jack (Neal Ward) and Lucy (Samantha Loxely). The news reports citing unusual occurrences around the country are largely ignored by our cast, who seem preoccupied with their own worries and concerns from the mundane to the life-altering.

So pre-occupied in fact, that the unusual behaviour of their invited guests goes unnoticed until dinner is served… 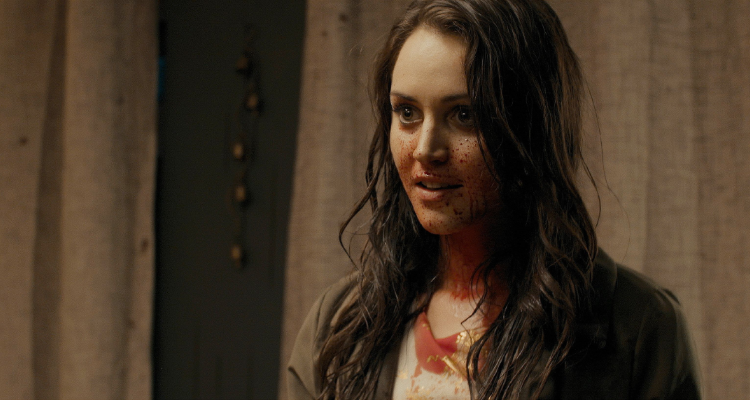 There is a lot to enjoy in Richard Oakes and Adam Leader’s grim and visceral movie. A film that deliberately takes its time in completing its shocking gear change, Hosts knows just when to raise the stakes. With a moment that had this reviewer audibly yelling at the screen, the film flips everything upside down and begins a thrilling race to the end of the film that never yields its tension or its ability to shock.

Neal Ward and Samantha Loxley get to have the most fun in the cast, delivering strikingly deranged and unnerving performances.

Ward delivers his ambiguous, allegorical lines in bizarre rhythmic beats and whispered tones, while Loxley delivers a performance filled with menace of threat through her enormous, emotive eyes. Nadia Lamin comes into focus as the movie’s heroine, pushing back against the rising lunacy of the situation, delivering a sympathetic and arresting performance. 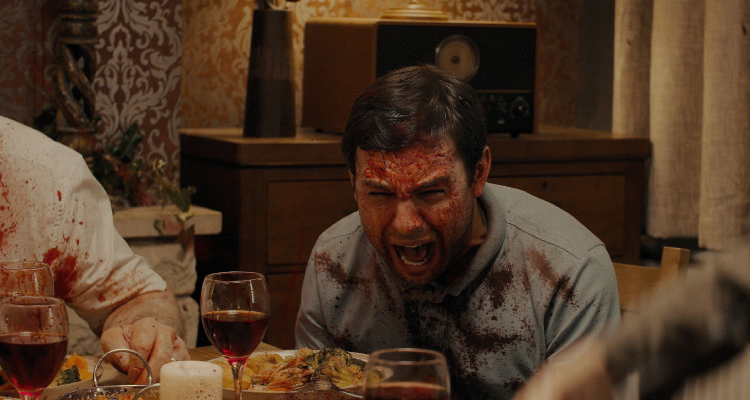 The rest of the cast do well with the roles they are given, with Frank Jakeman’s patriarch of the family standing out as a man pushed past the limits of reason as all hell breaks loose in his family home.

Filmed mostly in one location, Hosts has a claustrophobic and dizzying effect, the camera feeling as trapped as the characters in the house. When the movie moves outside in its final act, the directors deliver some haunting imagery in the English countryside.

Filled with gruesome practical effects (it won the ‘Best Death’ award at this year’s FrightFest) that will shock viewers to the core, Hosts has a couple of underused and quietly effecting digital chills as well. The reserve with which they are used only amplifies their effect, and the shiny-eyes in the dark is an image that really delivers the chills and then some. 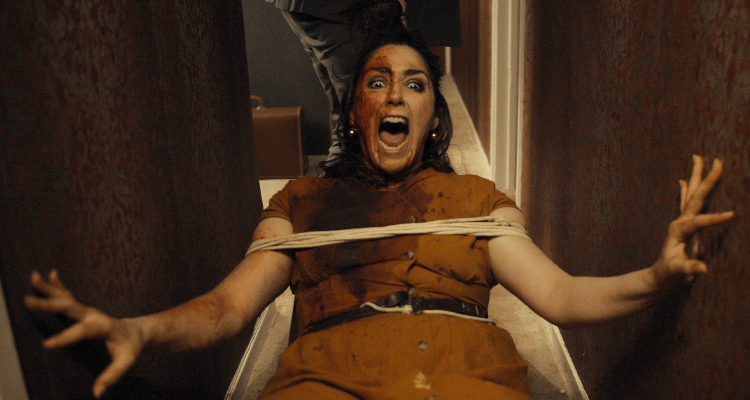 Hosts will appeal to genre fans looking for their fill of gore and violence, while also catering to those looking to peel back the layer of blood-soaked carnage to find something altogether richer.

A mythology and twisting backstory is hinted at and layered throughout the film, giving audiences just enough to allude to the deeper, bigger things at play.

I would encourage horror fans to seek this film out, with the only caveat that it is not for those of a squeamish disposition.

Christmas dinner may never be the same again.