Film Review: In The Dark 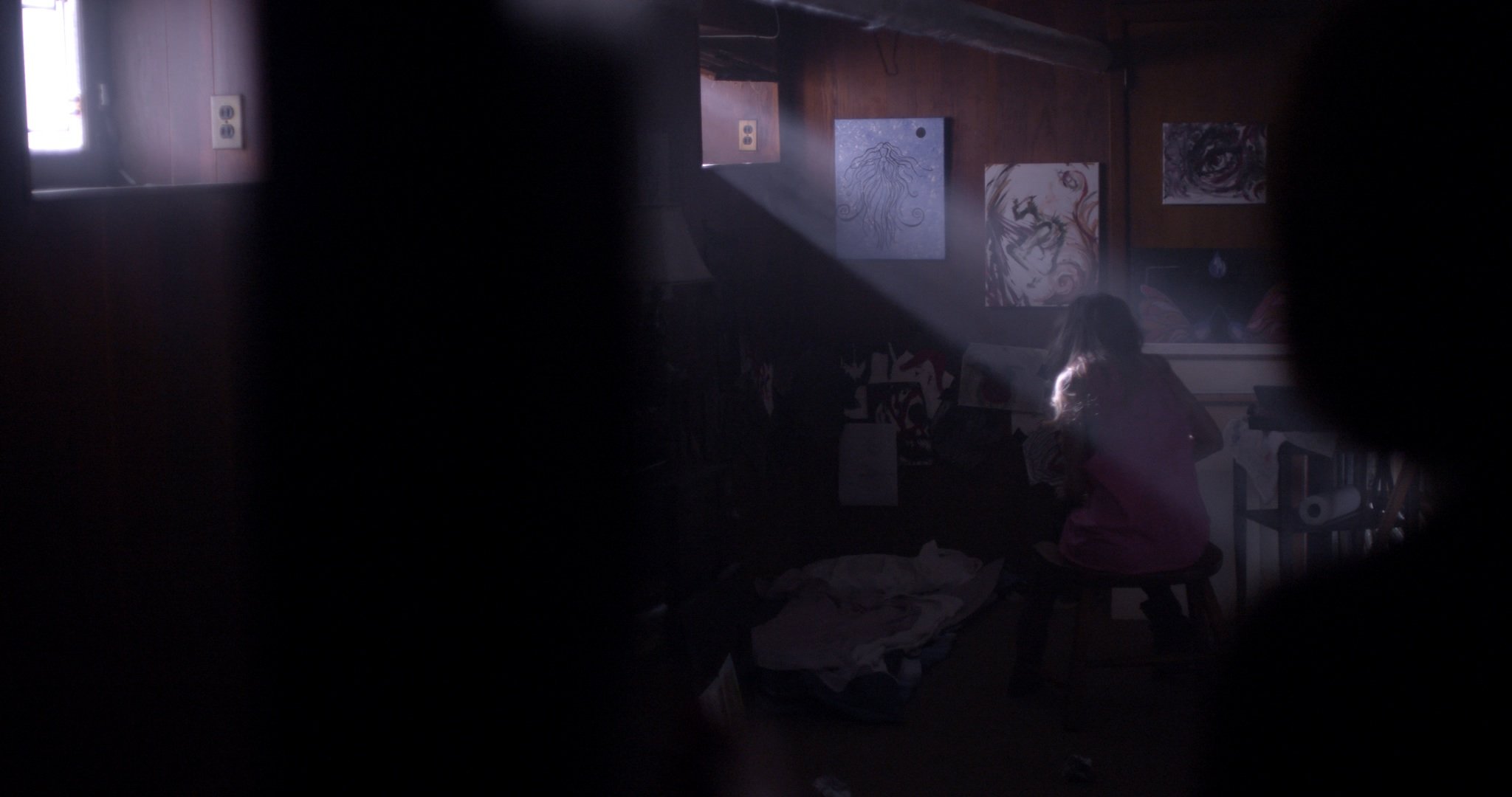 I came across this movie when going about my daily scan of Facebook and the internet. I watched the trailer and thought it looked awesome so contacted the producers and asked if I could watch a screener to get a review up for LHS. David Spaltro, who both wrote and directed the movie, trusted me with a copy to write an honest review and here we go.

The opening credits are superb. I don’t think I’ve ever been impressed by titles before but In the Dark’s opening credits are honestly worthy of an award. The plot is what drew me into the movie. A sceptical grad student, Veronica (Lynn Justinger) joins forces with a medium, Lois (Fiona Horrigan) to investigate an apparently haunted young woman, Bethany (Grace Folsom). A quick background check on the three leads showed that they are all fairly familiar with indie horrors but that’s not to say that they don’t do a good job here. In the first scene we are introduced to Bethany and her mother, Joan (Catherine Cobb Ryan). I liked Grace Folsom immediately. Her acting was natural and unlike many indie movies, the script was well written. Whilst I’m on the subject of actors, I also really liked Buckley (Jesse Tendler), Veronica’s rather comical boyfriend who sounded identical to Justin Long’s character in Jeeper’s Creepers (2001), Darry. Adding a spot of humour to the mix, his acting was credible and I actually wish I saw more of him throughout movie.

Another element that stood out was the cinematography. It didn’t feel as though you were watching a horror movie with a low budget. Upon closer inspection I saw that it was Gus Sacks, who worked on Golden Globe nominee, A Most Violent Year (2014) and Orange is the New Black who was In the Darks cinematographer. I was impressed.

There were a few pretty cool uses of imagery like the iron door knocker that was hanging on a bright red front door. I love things like this as imagery is often missed out in movies and are instead hidden inside the pages of a book. David made good use of flash-back scenes and again referring to the script, being a lover and writer of the paranormal, I liked the background information between the characters in certain scenes.

There are also a few really creepy scenes, like one with our possessed girl, Bethany on her bed. It was very well acted and filmed. I watched the movie alone in the dark (pun intended!) and was pretty freaked out. Also when Bethany is possessed in the basement, I was pleased I didn’t have a radio anywhere close else I would have disconnected it from the mains. 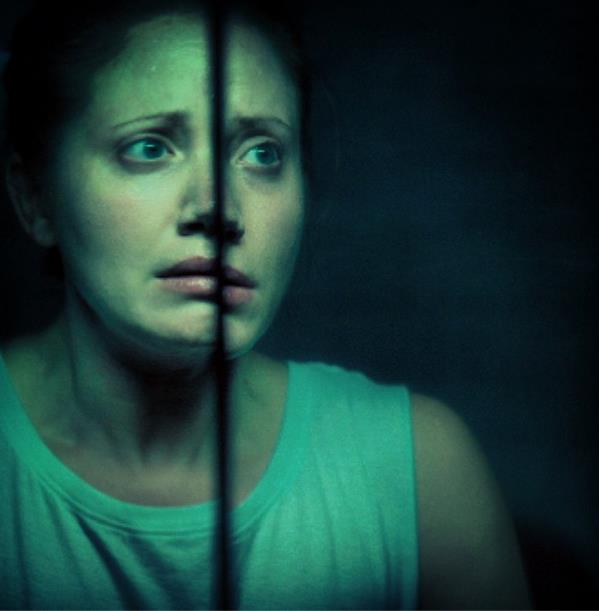 The make-up was also well done. Bethany’s make-up is impressive the more possessed that she becomes. There aren’t too many gory scenes but this works well. I think this can be overdone in movies with low budgets, becoming unrealistic and laughable, and often leaving me wanting to fast-forward through them. There was just the right dose of scares thrown into this film. It wasn’t the scariest movie I’ve ever seen but the scares are genuine and not forced upon the viewer which made a refreshing change after watching remakes like Poltergeist (2015) that simply tried too hard.

There were two main elements that slightly let the movie down. I sometimes struggled to hear dialogue over the music. I found the first scene the most difficult to grasp when I couldn’t quite cling on to some of the words said by Bethany. It might have just been my PC but some of the dialogue was lost entirely. Another thing was the lead character, Veronica’s, facial expressions. Audibly I thought she did a good job but visually, at times, I found her expressions a little distracting, as though she over-acted certain parts.

This did not draw me away from enjoying the movie as a whole and of the paranormal indie horror movies that I’ve seen, In the Dark is up there among my favourites. I have to say that although the climatised scene at the end is a little long-winded, I loved the conclusion and an ending that I didn’t see coming.

In the Dark is well directed, written, filmed and acted (in the most part) and I would certainly recommend to other fans of the genre. David Spaltro is one to watch.

“There are still things in the dark. Hungry things.”