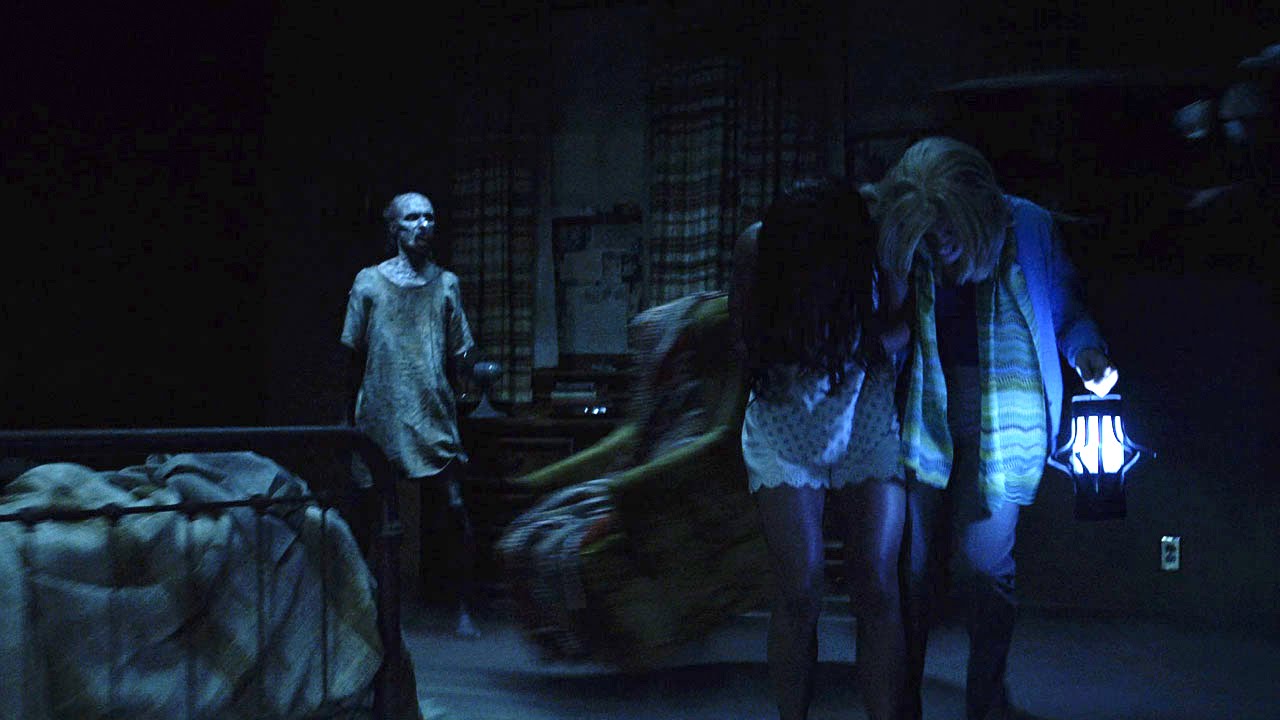 To fully appreciate the failure of this film you have to make yourself aware of the artistry of the previous two. From the shrieking violin induced suspense to the gravitation from fear of the unknown to fear of human nature, the first two films create an atmosphere few are able to withstand. The third film manages this, and manages to destroy it too.

How does Insidious: Chapter 3 so badly let down the franchise? Cheap needless stunts. With the Insidious franchise locked firmly in the horror genre one can easily ask the question of why after two successes they felt the need to add ridiculous fight scenes? The answer is currently unknown but I suspect it was fear of being seen as a little more than replication of what came before. With fears of offering nothing new, Insidious: Chapter 3 offers slap-stick like scenes of altercations in an attempt to keep the audience interested seemingly completely unaware of what made their movies so good in the first place.

Like Insidious and Insidious: Chapter 2, the third film piles on the suspense with eerie cinematography, a great soundtrack and superb acting. Looking beyond the failures this film would have been an astounding addition to the franchise with fears of the malicious intent of others toward our young, following the two common fear foundations of what came before. Using this malignant tale the film is offered an unnerving quality that for me personally, the other two lacked, however this could be explained simply; I am myself a young woman, the victim in this film is a young woman and the spirit in question is utterly repulsive in its ability to make my skin crawl. He, for no name seems apt, appears in the role of vague threat before becoming wholly predatory towards the end and if it were not for the aforementioned scenes of violence his presence would have made this film a 5***** wonder.

All in all the film is great but the fight scenes completely ruin all suspense and suspense of disbelief with it.

As a prequel it is engaging enough and if one can look beyond the flaws it is entertaining to say the least but one hopes they will let this film slip into the nether where it belongs allowing Insidious and Insidious: Chapter 2 to join film greatness alone.