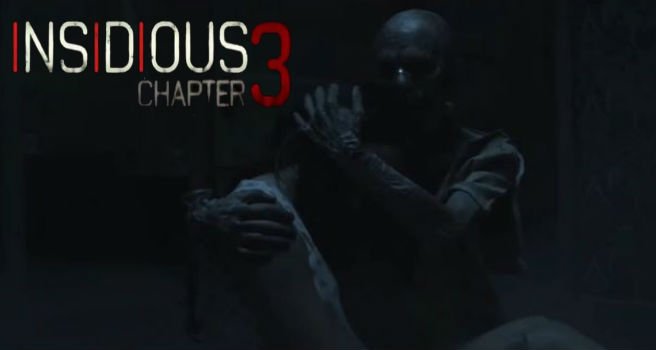 Insidious Chapter 3 is a prequel to the first film in the franchise. It tells the story of Quinn Brenner (Stephanie Scott), a teenage girl who is struggling to cope with her mother’s death and the impact this is having on her home life. Quinn feels swamped with the responsibilities of helping her father (Dermot Mulroney) with the flat hold duties and looking after her younger brother (Tate Berney), whilst also trying to sort out her plans when she finishes school. Quinn in an attempt to contact her deceased mother for comfort and guidance asks medium Elise (Lin Shaye), who at this current time has stopped practising, for help. The plot then focuses on the consequences of Quinn trying to contact her mother on her own when Elise fails to.

First thing I’d like to note about this film is that it doesn’t recycle the same antagonist goals from the two before it, which is quite refreshing. Instead of wanting to possess Quinn the vicious spirt terrorising her has something more sinister planned. The film plays well on exploiting the vulnerability of Quinn, not only her physical vulnerabilities after she is made disabled but her emotional vulnerabilities from the loss of her mother as well. This is successful in making the audience feel the level of powerlessness that Quinn has and hopefully for many gives them feelings of protectiveness towards the character.

Another strong point of the film is its acting. The performances from Scott and Shaye are amazing and this adds strength by making the audience emotionally invest in the characters. These two actresses do a wonderful job of not only allowing the audience to feel the fears of these two characters but also the emotional impact of having lost a loved one. 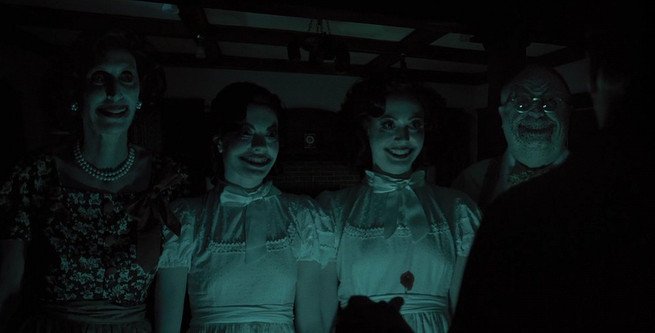 The film does have some weak points to it though. Quinn’s father at times could have easily done more to protect her, which despite Mulroney’s attempts at making him seem like a caring father makes him come across as too stoic. The day is saved by two fairly absence characters conveniently becoming more involved, and also watching Elise get into a fistfight with a spirit was a bit laughable.

Insidious Chapter 3 is definitely scarier than chapter 2 but in terms of the fear factor is does not match up to Insidious, though despite this and its other flaws, it does do a good job at laying a background for Insidious and is on the whole a good prequel. It’s definitely worth watching if you’re a fan of the series, though I’m not sure how well it could have done without the support of the franchise as a whole.