Sashaying its way on to Shudder last week through puddles of copious amounts of blood and gore is vampire flick, Jakob’s Wife.

Horror icon Barbara Crampton (Re-Animator, You’re Next, We Are Still Here and countless other horror classics) stars as Anne, the downtrodden wife of Larry Fessenden’s small-town minister Jakob. A life of hum-drum suburban mediocrity is interrupted by the arrival of Anne’s former sweetheart Tom (Robert Russler), stirring feelings and urges that her grey-days under the thumb of her inattentive husband had seemingly long since quashed. A stolen moment in the abandoned warehouse with Tom leads to the discovery of another new arrival in town, one who might be able to deliver the life that Anne never knew she wanted. 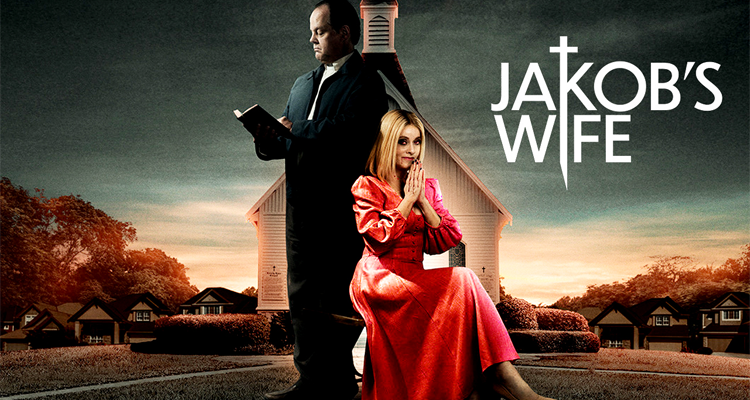 Though Jakob’s Wife initially feels like the kind of cheesy horror film you might have rented from the video store in the eighties or nineties, director Travis Stevens’ decision to skew the story through a modern lens with feminist sensibilities creates something completely different and altogether more interesting. The film is fun, campy and creepy in equal measure, playing out a story we have seen dozens of times before with a freshness and attitude that comes as a real surprise.

Barbara Crampton is terrific in the central role (as she tends to be in most films she stars in). Here the scream queen is given a lot of meat to bite into with a performance that really highlights what a talent she is. Her ‘put upon wife’ of the opening act stands in stark contrast to the powerful, confident and driven woman she becomes after her meeting with The Master (Bonnie Aarons, fresh from terrifying audiences in The Nun, delivers an interesting take on the Master vampire cliché), and Crampton straddles the line between horror and comedy to perfection. Whether glamming it up in the aisles of her local supermarket or dancing around her sitting room to sultry, punky music, Crampton’s transformation is wonderfully campy and entirely convincing. Who knew that all Anne needed to feel alive would be a little un-life? 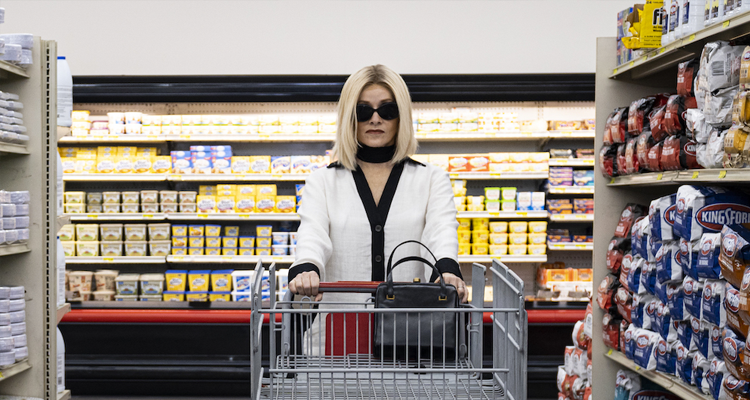 Fessenden’s Jakob is a brilliantly observed character; in a lesser script and with a lesser performance, Jakob could easily have become a domineering and unlikeable figure, but Fessenden imbues the character with an almost tragic lack of awareness. He talks over his wife, disregards her feelings and is generally dismissive of her opinions, not realising the damage his indifference is doing to his wife’s soul. You do feel that he truly loves his wife, but it takes the end of their own little world for him to see himself as he truly is and reckon with the role he has played in driving Anne away.

A banging synth score in the film further completes the feel that we are watching a film from Crampton’s impressive eighties back-catalogue. The direction by Travis Stevens (Girl on the Third Floor) is excellent, delivering some really well timed scares among the biting dialogue and third act carnage, but it is in his decision to let some of the quieter scenes breathe a little that he excels in the craft. Anne and Jakob’s relationship is a strong through-line in the film, and that it is so well realised in the film’s short runtime is a credit to the director as much as the performers. Crampton and Fessenden’s chemistry sparks time and time again, lending an emotional hook to the supernatural madness going on all around. 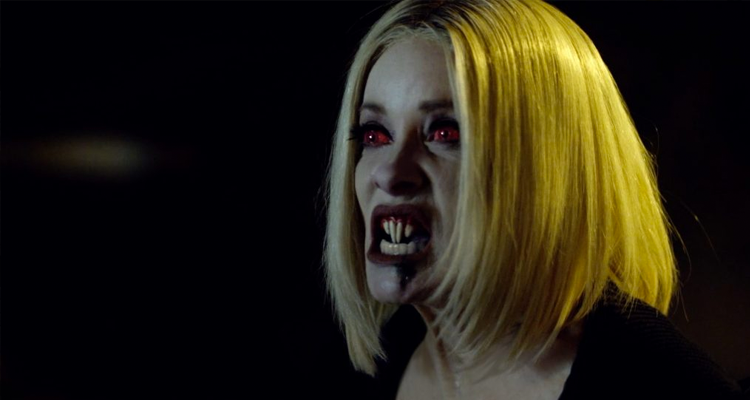 A word has too must go to the talented special effects team on Jakob’s Wife, who deliver and then some when the film’s vampires spring into action. The insane blood and gore in the film was genuinely surprising, and I couldn’t help but let out a shocked laugh at some of the film’s more extreme moments; from geysers of blood and decapitations to vicious attacks by packs of hungry rats, Jakob’s Wife caters to the tastes of fans of all types of horror.

Last month, Netflix treated us to a terrifically dark and twisted take on the vampire film with Blood Red Sky. In that review I noted how nice it was to have an original, dark and messy take on the vampire sub-genre that had grown stale with over-saturation and repetition. But with Jakob’s Wife’s emergence, it is wonderful to see such a cunning take on conventional tropes, turning cliché and myth on their heads to create something both familiar and completely original.