Although Women’s History Month has officially wrapped, we continue to celebrate and spotlight the seminal female voices of the horror genre. Since the turn of the decade more and more women have served in directorial and creative roles than ever before, with names such as Glass (Saint Maud) and Dacosta (Candyman) seamlessly expanding the bounds of vital storytelling. 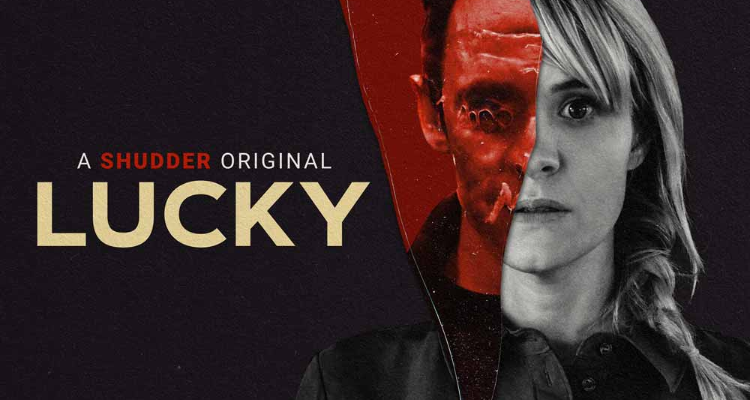 With these trail-blazers ushering in a new generation of storytellers, we can relish in the fresh perspectives of up-and-comers such as Natasha Kermani and Brea Grant. In Lucky (2020), the two creative forces tackle a weighty subject while turning in a solid visual masterpiece.

Debuting at the South by Southwest Film Festival in 2020 to much fanfare and acclaim, Lucky tells the story of May Ryer (Brea Grant), a self-help author who becomes the target of a mysterious masked killer who returns every night to finish her off. On the surface you have a budding psychological/slasher film; but beneath the surface is something far darker and all the more revealing.

As May is troubled by the violent advances of a masked intruder, she is far more troubled in the immediate aftermath by the unperturbed reactions from the police, her assistant Edie (Yasmine Al-Bustami), and her husband Ted (Dhruv Uday Singh) as they all simply yield the following: You are lucky.

Lucky to be alive? Lucky the ordeal is over? It doesn’t matter, especially since the intruder returns the following night to terrorize her yet again. 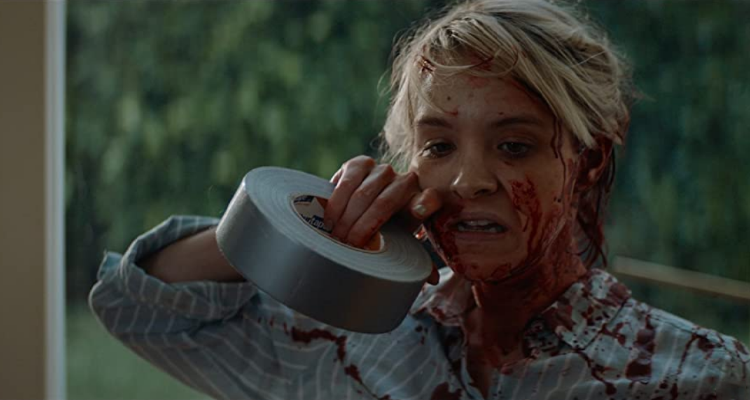 With her husband absent after an argument, May now fends for herself and attempts to make sense of her situation alone. Further isolating her are detective and psychiatrists who don’t seem to fully grasp her plight. Instead the two entities are more interested in May and Ted’s relationship, inquiring about any domestic violence—a topic which May feels deviates from the point.

Could her tormentor actually be an enigmatic masked stranger or could it be someone closer to home?

Propelled by Grant’s individual performance, Lucky checks off each box of what a new-age slasher should be about. Illuminating, surreal, and downright terrifying, Lucky reveals the horrors that can exist in even the most ostensibly perfect relationships.

Filmed with laser-point precision, Lucky eloquently illustrates the serenity of modern suburbia in the day time while juxtaposing it with the harrowing and unnerving night-time atmosphere. The house with the white-picket fence is inviting as much as it is brooding, especially when the killer appears at night. Cinematography wise, the film is simply gorgeous. 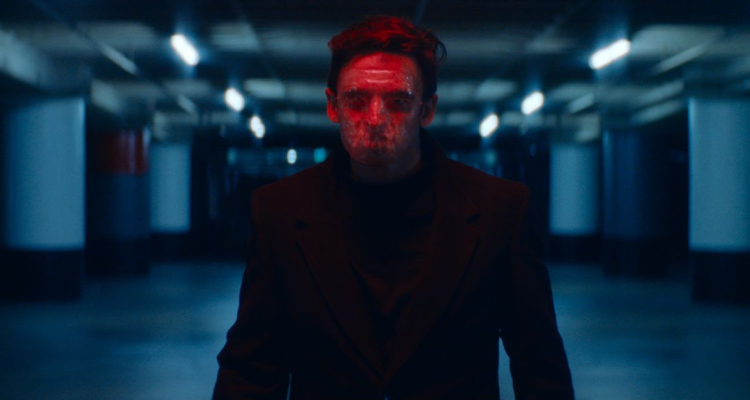 Scored by Jeremy Zuckerman (Avatar: The Last Airbender), the atmospheric overlay of the film’s synth-laden score breeds unbridled tension. From the 8-bit symphonies depicting May’s isolation and pensive reflection, to the unorthodox string cacophony as the killer chases his prey, Lucky boasts an auditory-opus that simply cannot be missed.

Perhaps most revealing and vital is the film’s overarching theme. Abuse in any form happens with unprecedented surprise and with long-lasting implications. Depicting this sore, but all-too-real subject is exactly why diversity in genre-films is incumbent. It not only brings awareness to the cruel realities that exist, but it allows victims to face their adversary and overcome them; a cautionary tale of sorts that beckons viewers to be vigilant and to notice the signs.

And to do so with such visceral and raw storytelling talent is exactly why Lucky is a must-watch, and why Kermani and Grant should be on everyone’s radar.

Lucky is streaming now on Shudder.