I have never really been the biggest fan of James Wan as a horror director. With the exception of the original Saw movie, I felt that a lot of his output was a little too slick and polished, populated with actors who were perhaps more caricatures than characters. I can appreciate what he does, and occasionally it can really hook me in (the first two acts of the original Insidious are brilliant), but in the main it doesn’t always click for me. 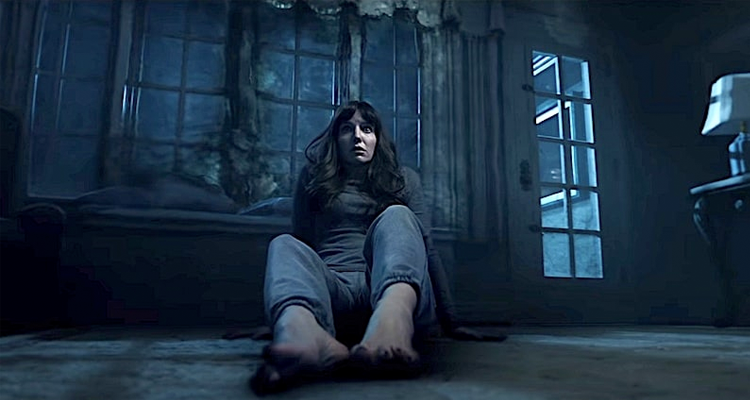 When the initial trailers for Malignant were released, it looked like just another in his assembly line of well-produced studio horror and resolved that I would catch it on-demand later in the year. What I didn’t count on was the outpouring of social media buzz about the film that would cause me to reassess that decision.

And crikey, am I glad I did.

Not since the slew of early noughties horror films like 13 Ghosts and The House on Haunted Hill have I had so much genuine fun watching a horror movie. The performances are arch, the banging synth score is intrusive and incredibly ominous, the direction is slick and knowing but most importantly, the film knows exactly what it’s doing.

We follow the story of Madison (Annabelle Wallis), a put-upon pregnant nurse trapped in a volatile marriage with an abusive husband (Jake Abel). After surviving a brutal home invasion, Madison finds herself inexorably linked to the lanky-haired attacker, Gabriel, with graphic visions of his bloody murder spree melting into the reality around her. Madison, with the help of her sister Sydney (Maddie Hasson), must race against time to discover what links her to the brutal killer before his reign of terror destroys not only her life, but the lives of all she holds dear. 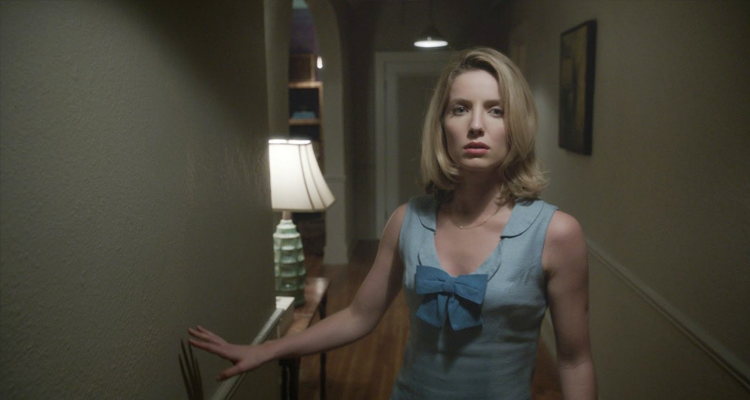 Malignant is a glorious B movie with all the production value of a Hollywood blockbuster. Annabelle Wallis’ performance is just on the right side of silly, sliding through the film in a constant state of dreamlike terror as the insanity of the film’s plot unfolds. Her relationship with Maddie Hasson’s Sydney gives the film a surprisingly sweet emotional core and both actors convince as devoted sisters trapped in a world of madness. The only other presence on screen who rivals the pair’s performances is possibly Annabelle Wallis’s wig, which seems to have time travelled here from 1974. An inspired bit of costume that really does seem to invoke the type of horror movie heroines who would populate the films of that era.

Detective pairing Shaw (George Young) and Moss (Michole Briana White) who are investigating the bloody spree of violence seem to stumble into the movie from another franchise altogether and would feel just as at home hunting down the Jigsaw Killer as they would the enigmatic and brutal Gabriel. They bounce each off each other in a knowingly cliched fashion, as his doe-eyed naïve cop schtick is confronted with Moss’s take-no-shit sass. They are a likeable duo and a welcome addition to the story.

To describe it as a film of two-halves feels a little redundant as there is a lot to enjoy in the opening two acts of the piece. Some terrifically well staged scares and some horrifying gore really keep you invested in the film’s bonkers plot, and the performances in the main are so large that they practically fill up the screen. Wan seems to throw everything at this film, and the sheer audacity of it stands the picture in good stead; crammed with everything from haunting ethereal shadows, brutal gore and even an exhilarating police chase scene, the film has a real feel that anything could happen at any moment.

Malignant looks absolutely gorgeous and is filled to the brim with delightful horror tropes. From Gabriel’s spooky attic hide-away to the mist covered underbelly of a perpetually rainy Seattle, Wan dresses each set in full gothic lunacy and instils a more than generous dollop of Giallo into proceedings.

In Gabriel, Wan has created a horror icon that will be spoken about for decades. It is an incredibly difficult position as a reviewer to say too much about this utterly unique monster, as half of the joy in the film lies in the surprises its villain holds. Suffice to say, it has been a very long time since the genre has been treated to such an enjoyably malevolent creature as Gabriel, and when he makes his big arrival at the tip of the film’s final act you won’t know whether to turn away in horror or laugh at the sheer balls to the wall madness of the reveal. 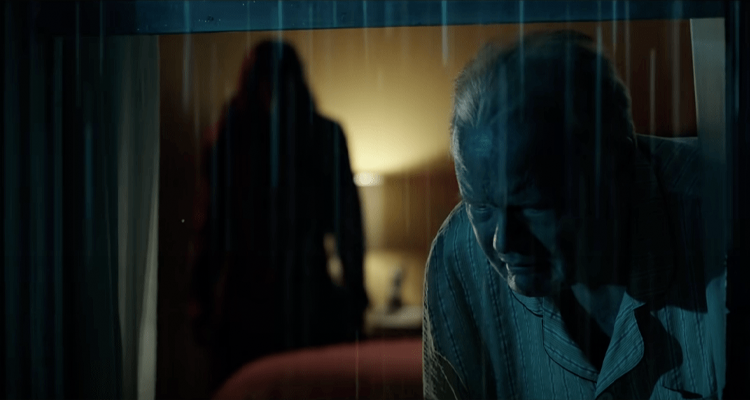 The final thirty minutes of Malignant are filled with some of the most crazy moments of the year including one set-piece that is a genuine marvel of both choreography and filming; Wan’s unerring Steadicam follows Gabriel’s skittering, scuttling movements and attacks in a scene of pure frenetic energy and horror, with contortionist Marina Mazepa providing some of the wildest and most unsettling movements you’re likely to see on film.

Malignant is not a film intent on taking itself seriously. It leans into the B-movie plot with a delightful bravery, embracing the loonier aspects of the genre on a non-stop thrill ride of a film that succeeds in being a joyous celebration of eighties horror. And, in its whirlwind of madness and gore, creates a horror icon that I personally cannot wait to see more of.

I think I’m going to have to rethink where I stand on James Wan, lest Gabriel himself decides to pay me a visit…

Malignant is out in UK cinemas now.