As a horror fan, I’m horrified by the prospect that some of you won’t have heard of Matt Shaw. And of Monster by Matt Shaw.

For those of you who don’t know – Shaw is an extreme horror author.

He writes disgusting, offensive, f***ed up and brilliant horror stories.

I was lucky enough to meet him at HorrorConUK in Sheffield a few years ago.

I commandeered the Sinister Horror Company table and talked their ears off about horror, scaring them with my intensity in the process. Sorry, Justin Park (another great author).

Shaw joins our conversation, just as I’m buying a series of twisted horror books. He hands me a copy of his Sick B*stards. And that’s it. I’m a fan.

But, today, we’re focusing on his adaption of his original story, Monster. 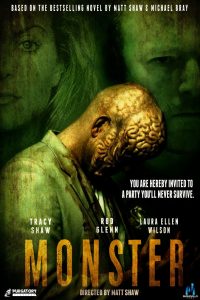 (Mike Butler) who appear to be a normal family.

But how wrong can you be?

Andrew is a deformed monster of a being who is kept indoors by his overprotective mother and his violent bully of a dad.

We follow them as they prepare for Andrew’s birthday by getting him an extra special present.

But as the happy occasion draws near, we start to question: who is the real monster?

This isn’t Shaw’s first foray into film, but he does it all here as he writes, directs and produces amongst other roles.

I had very high expectations for Monster as the story is great and this isn’t a horror short, running at 90 minutes.

And the results are varied.

I mean, overall, I enjoyed the film and could easily watch it again.

Monster is executed well. The cast and crew have clearly put a lot of time and effort into making the best film they possibly can. And it does show.

In every frame, I can imagine how much effort and love went into producing something of which they can be proud.

The make up and special effects are very good. Low budget but brilliantly executed.

When Andrew is revealed, he is horrifying. But you also find yourself sympathising, which is a real credit to the crew. 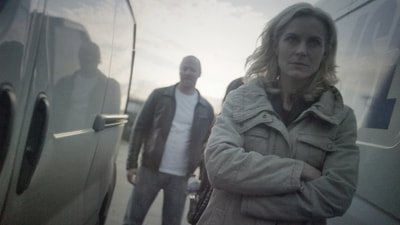 The biggest issue I have with the film is the acting.

Whilst Glenn is clearly a capable actor, the character of Richard is so angry and aggressive that he doesn’t have anywhere to go; from the first scene he is already running full pelt. It makes it hard to be scared.

Laura Ellen Wilson who plays Andrew’s birthday present, Emily is beautiful and can act. But I don’t believe she’s ever scared. And some of the dialogue isn’t performed so much as simply spoken. 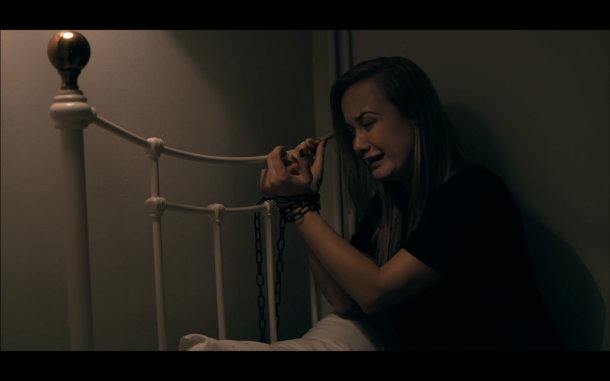 I also noticed that the chains the family use to tie Emily to the bed look like a Halloween prop that you can buy from ASDA. And you can see that she isn’t really tied up.

However, I thoroughly enjoy Clair Buckley’s performance as Elizabeth. She is bright and charismatic; keep an eye on her in the future.

I don’t mean to criticise as I do like this film. But, coming from an acting background, I find these elements jarring. 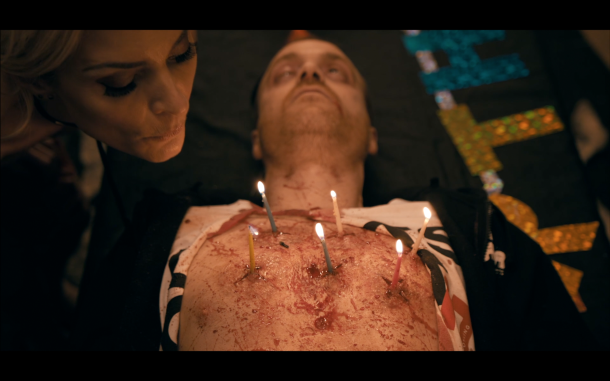 I really hope that Shaw turns more of his stories into films as he clearly has filmmaking talent.

And we need more horror films in this vein.

Horror that isn’t afraid to shy away from the weird and uncomfortable; that grabs you by the face and forces you to watch.

Horror that is visceral, unrelenting and unapologetic.

Shaw’s director’s statement says that it’s not meant to be a comfortable film.

I think that’s the understatement of the year!

Keep up the good work, Shaw.

Monster is now available to rent or buy on amazon.

If you’re keen to know more about the latest upcoming horror films, you can see a full playlist of the newest horror trailers on our youtube page. Here you’ll also find a list of some of the best ‘free to watch’ horror films, and our favourite short films from LHS alumni too! Don’t forget to subscribe now