How on earth do you go about describing Steven Kostanski’s Psycho Goreman? 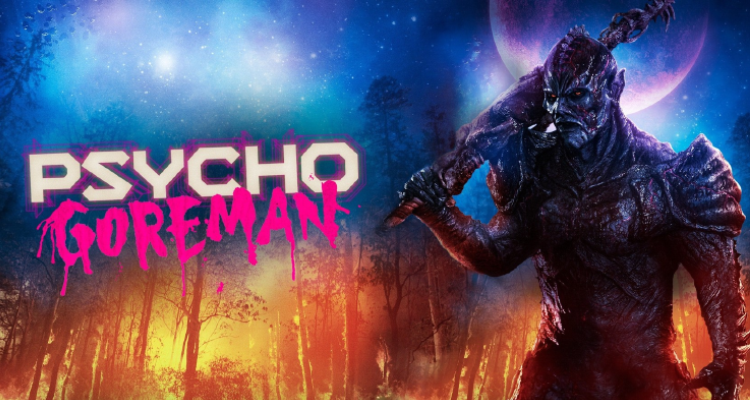 This is a film that appears to have done its best to redefine the word ‘bonkers’, delivering one of the absolute highlights of the year. It is a movie that has its own rap over the closing credits, hilariously recapping the sights you have just seen, like some desperate affirmation that yes, you really DID just witness that.

You may very well see films better than Psycho Goreman this year, but you will be hard pushed to find a film that is anywhere near as gleefully enjoyable.

The story sees an all-powerful alien warlord being accidentally awoken and released by two young kids, Mimi and her brother Luke. Removing the crystal from his tomb that simultaneously gives him his power and is the key to controlling him, Mimi (Nita-Josee Hanna) decides that she and the newly named Psycho Goreman (The Archduke of Nightmares was simply too silly) are going to be BFF’s, whether he likes it or not (Spoiler: he does not like it). What follows is a story that feels like E.T. by way of Sam Raimi or Peter Jackson, with Goreman dispatching any and all before him with giddy abandon and insanely over the top gore. 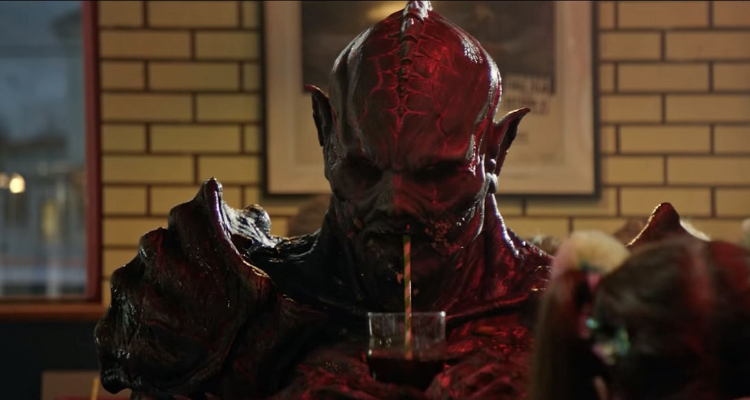 Kostanski previously impressed with 2016’s fantastic The Void, a film that leaned heavily into the mythology of Lovecraft whilst dolling out practical special effects which turned the stomach with their steamy squidgie-ness. With Psycho Goreman, he has kept the grue and gore but amped up the fun with a story that encompasses 80’s movie-montages, Power Rangers villains, and a power-chord laden anthem that booms over the film’s soundtrack. At times you can be forgiven for thinking you are watching a kids’ film (right down to the arch performances of the adults and the ‘valuable lesson of the week’ tone of parts of the story) until PG decides to destroy some Police Officers in unimaginably upsetting ways or transforms the neighbour’s kid into a giant brain with googly eyes.

When Goreman’s gang of fellow demonic misfits show up, Kostanki’s love of creature design and practical effects really shine through. The entire cabal of wonderfully weird creatures are realised with tentacles and rubber squirming all over the frame, allowing evil witches with terrifying glares and walking buckets of skulls to come to life in tactile, sticky glory.

The film is hilarious; from PG’s non-plussed reactions to Mimi’s every command and the strained relationship between the kids mum and dad (Adam Brooks is on fire as the lazy patriarch Greg, forever giving his kids bad advice and parenting from afar), the script has been honed to razor sharpness.

Goreman is intent on world domination, nee galactic domination, but unfortunately for him, his will is bound to wild-child Mimi who has her own plans for control. Nita-Josee Hanna delivers an absolute tour-de-force performance in this film as the hilariously bossy, take-no-shit pre-teen Mimi. A ball of kinetic energy, completely ambivalent to the terrifying monster she now controls (PG for short, she insists), Hanna eats up every scene of the film she is in. Which is no mean feat when you consider the levels of insanity going on all around her at all times… 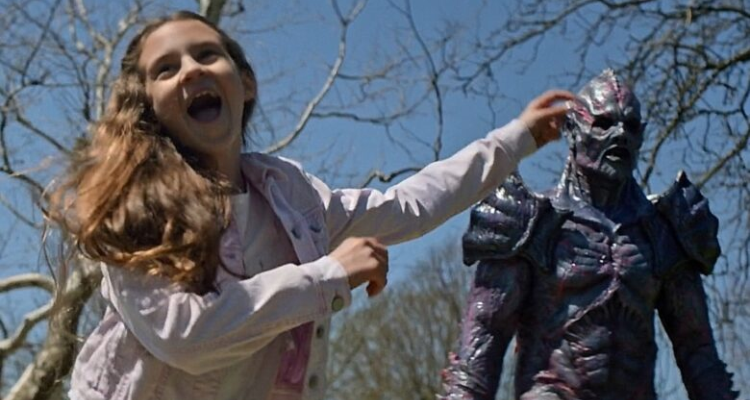 It is the relationship between PG and Mimi that holds the film together and delivers an enormous amount of heart that I did not expect to find among the lunacy. Mimi is every bit PG’s equal when it comes to ruling through fear, and her long suffering brother Luke (a likeable but slightly over-shadowed Owen Myre) convinces as being just as afraid of her as he is the seven foot walking nightmare by her side. The whole ensemble are an absolute riot, and when the galactic shit hits the fan it is easy to side with the villainous Goreman over his angelic pursuer in their final battle. The film revels in its unpredictability, and by the time it reaches its crescendo, the idea of settling the fate of the galaxy over a game of Crazy-Ball suddenly seems like a completely natural conclusion.

Psycho Goreman is a delight from start to finish. It is a movie that wears its bloody heart on its sleeve, completely happy with its old-school effects and insane camp. I would implore anyone having a bad day to seek this film out as a matter of urgency; it is a jolt of pure psychedelic joy and madness, wrapped up in the entrails of Mimi and PG’s many, many victims.