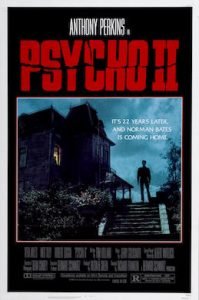 This June marked the 60th anniversary of Alfred Hitchcock’s masterpiece, Psycho. It’s one of those films that I literally watch at least once a year and have included it in many of my essays during my time at university while studying film.

For some reason I never bothered to watched the sequel. I guess I figured adding anything to the classic would just ruin it – we all know how the remake turned out. Besides, what more could they bring to Norman’s story and how can you follow something that’s so iconic?

Well, it turns out I did myself a huge injustice by not watching Psycho II earlier. It’s a fun and suspenseful film, full of twist and turns. The mystery and distorted reality of Norman’s mind will keep you on your toes trying to figure out what’s going on with our favourite motel-owning serial killer. I will try to keep this review as spoiler free as possible, in case this film passed you by as well. 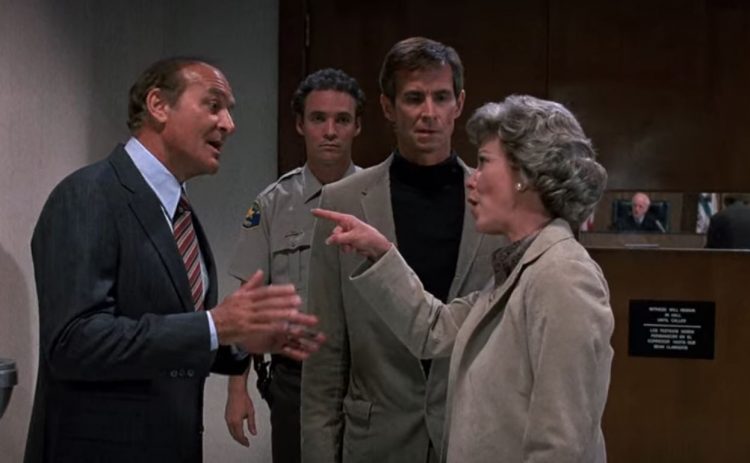 Directed by Richard Franklin (Patrick, Road Games) this 1983 release, reintroduces us to Norman Bates (thankfully with Perkins reprising his role) 22 years after being committed to a mental institution. Despite the outcries of Marion Crane’s sister, Lila Loomis (Vera Miles), he is deemed fit to reenter society and returns to his even more dilapidated childhood home. As Norman walks out of the courtroom to his freedom there is an odd, almost sinister smile on his face, instantly making us question whether the judge has made the right decision. 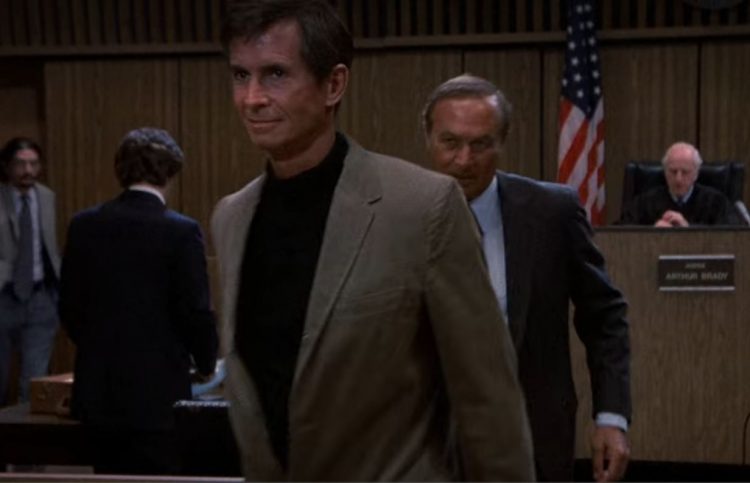 A sly smile from the newly released Norman Bates.

Immediately after returning home, Norman sees a movement in the upstairs window, but chalks it up to nerves and his imagination. His Psychiatrist, Bill Raymond (Robert Loggia), warns that “the memories are more likely to reoccur here”, but assures him that he is in the state of mind to handle it.  A quick expositional excuse of state cutbacks explains why there will not be a social worker regularly checking in, and that, combined with the smile quickly fading from Norman’s face, teases us about what’s to come.

Once inside the home, Norman begins to find notes signed from Mother, and soon after the phone calls begin. No one else is able to see the notes, as they quickly seem to disappear, and on the other end of the phone line is just silence for anyone but Norman. Is he starting to go mad again, or is someone playing a dirty trick on this poor, fractured man? Either way, it doesn’t take long for the property to become a murder site once again.

With the help of a kind older lady, Emma Spool (Claudia Bryar), Norman finds himself working as a cook’s assistant at a small, remote diner. Here he meets Mary (Meg Tilly), a newly hired waitress who is down on her luck after her boyfriend has kicked her out. Luckily for her, Norman has his own motel, and the two quickly form an odd-couple friendship – perhaps the only friendship Norman has ever had, and one he desperately needs. 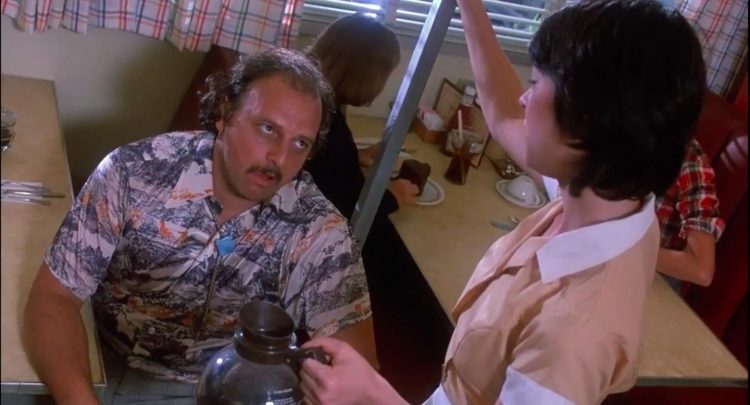 Upon bringing Mary to the motel, Norman finds that the business his home overlooks has now become a seedy drug and sex den at the hands of Warren Toomey (Dennis Franz), the sleazy manager the state put in charge during Norman’s absence. He quickly fires him and  boyishly explains, “He was turning this place into, what I think they call, ‘an adult motel’”.

As the film progresses, the phone calls and notes become more frequent and the figures in the windows much more apparent. It’s clear that Norman is struggling to get back to normal life with the echoes of his past continuously haunting him. Intensified by the increasingly canted angles and shaky camera, along with the gripping score, he seems to slip deeper into madness, and he begins to question his own sanity. 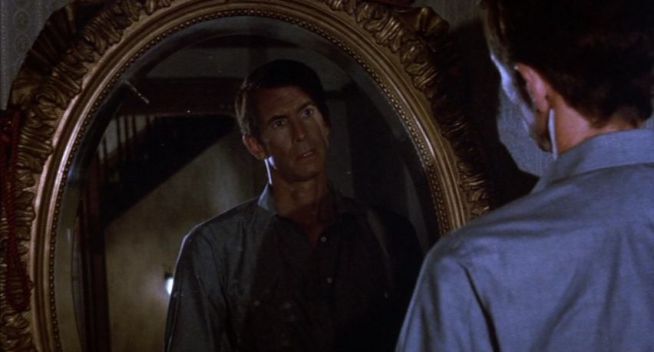 Has he really been healed of his murderous tendencies? Is there someone in town trying to drive him to lunacy? Has Mrs. Bates really never left? As the town sheriff puts it, “If Norman Bates is crazy, there are a whole lot of people around here running him a close second”. There are so many questions that really don’t get fully answered until the last scene.

One of my favourite things that the film manages to do is reference the original in subtle ways. If you haven’t seen Psycho, or don’t remember it completely, they may pass you by. Aside from the complete reshowing of the original shower scene in the pre-credit sequence, there are several cleverly placed nods to the first film scattered throughout. 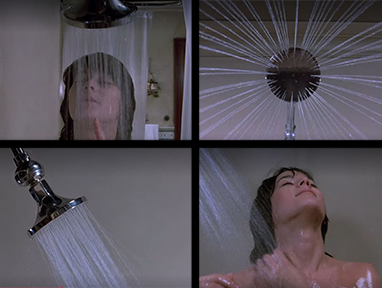 As Norman is startled at the memory of his crimes seemingly coming to life sparked by the discovery of the first note, his suitcase tumbles down the stairs in a similar way to Arbogast’s fatal fall.

While choosing Mary’s motel room, he hesitates over cabin No. 1’s key for a slight second. This, of course, being the cabin in which he murdered Marion. The first few shots of Mary’s shower scene mirror those of Hitch’s iconic one, except she enters the shower after turning on the faucet, like a normal person. And, since this is the 80s, we get some full frontal.

Once again, as with the original, Norman Bates continues to be a sympathetic character. Perkins brings back the same boyish charm and social awkwardness, with slight glimpses of madness just to keep us guessing. We really are rooting for him to be reformed and to not be the one responsible for the murders. Whether he is or not is just something you will just have to find out for yourself.

Meg Tilly puts on a strong performance as a friend and protector of Norman, with a well calculated blend of maturity and youthfulness. Her and Perkins create a believable friendship out of an odd situation – all this despite the fact that they apparently did not get along on set. 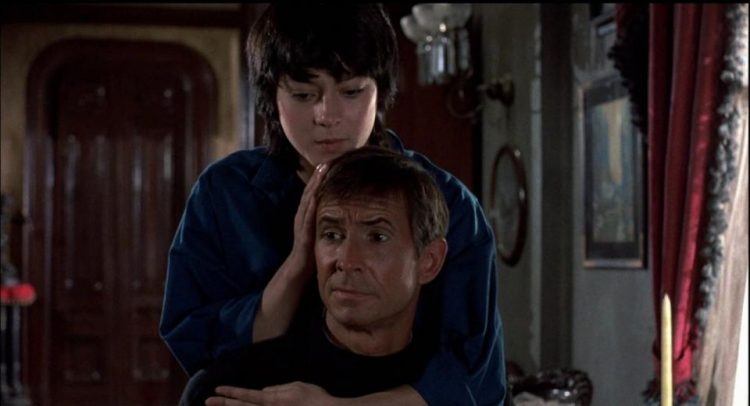 The empathy that Dr. Raymond has for Norman is apparent with the kindness played by Robert Loggia. A genuine care and concern are always shown in the scenes when the two are together.

Vera Miles brings a perfect amount of neuroticism to the role. We understand why she is angry that her sister’s killer is being released, but her obsession on proving he does not belong back in society is bordering on madness. Perhaps the combination of the death of her husband Sam (which is causally mentioned), still grieving for her sister, and the release of her killer has knocked her off her rocker. 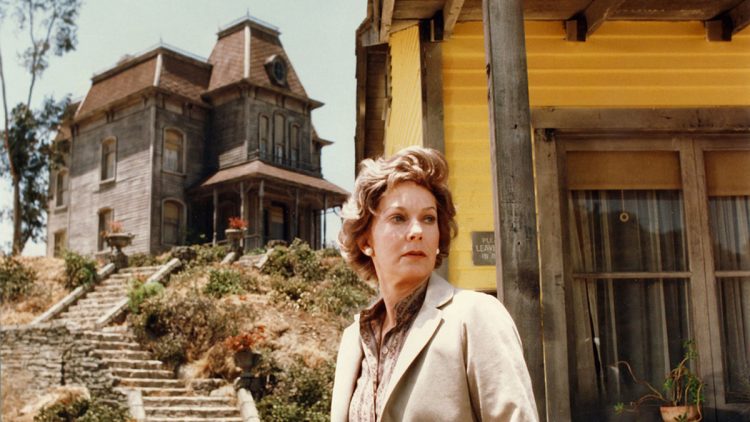 Psycho II holds itself as a stand-alone film. If the original is one that passed you by, the story would not be lost on you. Even if, for some reason, the original was not your bag, this sequel has a completely different tone and creation of suspense – and more gore. The film’s comedic elements enable it to not take itself too seriously – something that would be a huge mistake when following up such a classic 20+ years on. If, like me, you are a die-hard fan of Hitchcock, the nods to the director’s work and the reappearance of Perkins are just added bonuses to an already enjoyable watch. 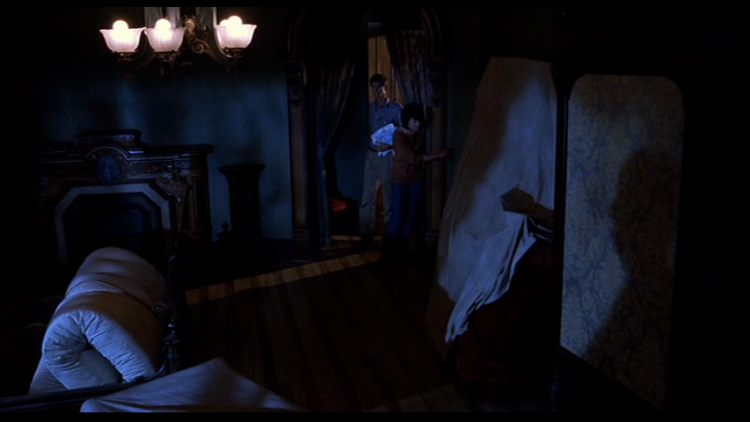 Hitchcock makes a posthumous cameo with his silhouette.

Psycho II is available to rent on Amazon Prime.

If you’re looking for some free entertainment, check out our list of free-to-watch horror films on our YouTube channel, London Horror Society TV.