The fifth instalment of the beloved 1996 meta-horror Scream was bound to be divisive. Personally, I wanted to love it but I knew I would probably hate it and… I’m happy to say I was wrong! 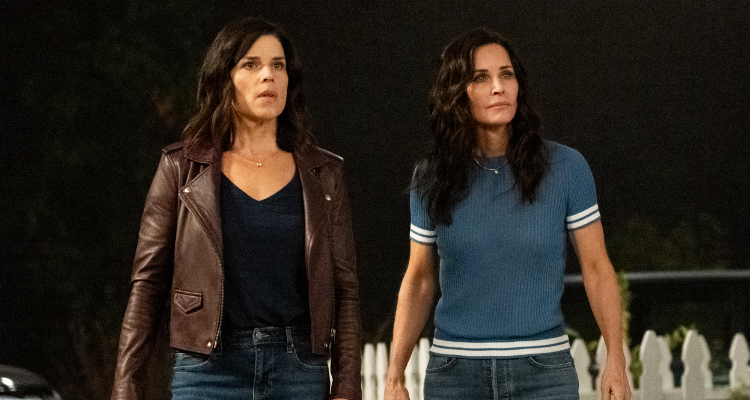 Co-directed by Matt Bettinelli-Olpin and Tyler Gillett, the same duo who directed the horror-comedy Ready or Not, and co-written by Guy Busick (also writer of Ready or Not) and James Vanderbilt, the 2022 Scream rides the wave of re/sequels put in motion in 2018 with Halloween. The film follows the direct timeline of the fourth film and presents the legacy characters, Sidney, Gale and Dewey, who have all dealt with the killings of the past in different ways. The film also brings back other beloved characters, such as Randy’s sister, Martha Meeks, and Deputy Judy Hicks (aka Lemon Squares).

In creating the Woodsboro genealogy tree, Scream also introduces new faces who are tied to the past: Wes Hicks, Judy’s son, the twins Mindy and Chad Meeks-Martin, Randy’s nephew and niece, and many more – I will not cite the other characters here due to spoilers. Mindy is a stand-out in the way that she is a copy of her late uncle and does not let down on her knowledge of horror.

All of the characters are a little bit too blasé regarding the deaths of their friends and of their community, but it does fall in line with the other teens’ attitudes in previous films, and it felt particularly nostalgic when their idea of a good send-off to a friend was to have a party. Stu would be proud. 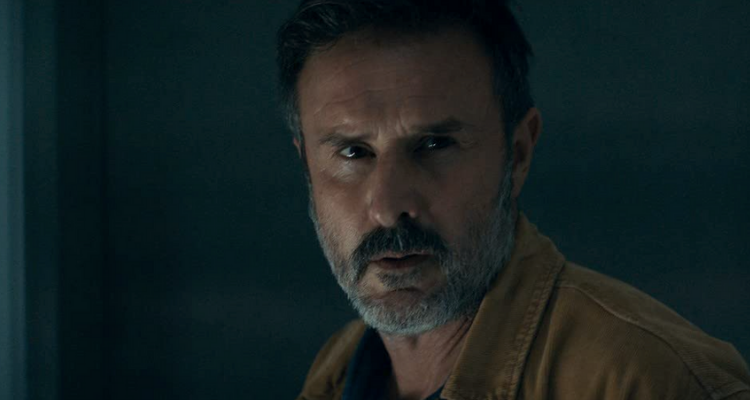 The screenplay is creative in the way that it ties the new plot with the original (let’s face it, they all needed to be to create a new backstory to every Ghostface) and it does so in a respectful manner to the original films, to Wes Craven and to Kevin Williamson (unlike MTV’s Scream). However, it does feel like the filmmakers are trying to restore the franchise while getting their names attached to Scream, the same way David Gordon Green has done with Halloween, but not so much as by the passing of the torch, as it was the case with Carpenter and Gordon Green, as much as taking the torch.

The comedy in this instalment is downplayed compared to the other films and the cinematography certainly portrayed Ghostface as a menacing, rather than a humorous, figure, especially through slow motions and low angle shots (again, I will hold off on the details here to avoid spoilers). 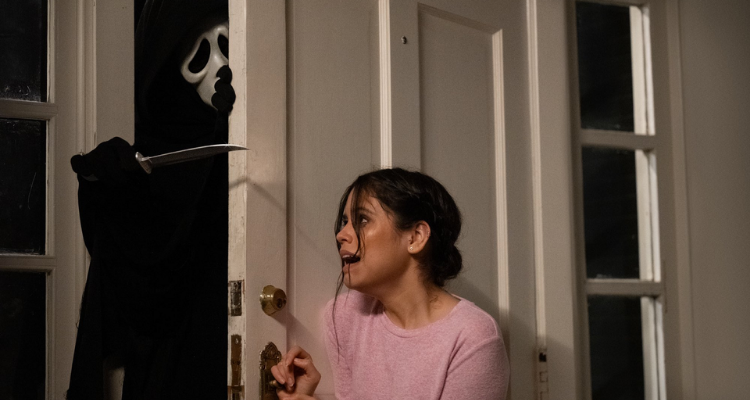 All things aside, Scream 2022 is bound to be a crowd-pleaser – it has all of the ingredients of a Scream film: meta self-referential monologues? Check! Nods to other films? Check! Lots of phone calls (including landlines… in 2022)? Check! Ghostface reveal? Check! Violence? Check, check, check! Scares? Well… Although I was genuinely distressed whenever a legacy character fought Ghostface, I did not feel that the stakes were high and therefore I did not care for any other character nor did I feel scared at any point, which I certainly did and still do when watching the 1996 film. Nevertheless, Scream is a fun ride!