Peter Blach’s Seagull is an interesting and grim look at the powerful effects of trauma and violence that reverberate deep in the psyche of a splintered working-class family. Filmed in the director’s hometown of Folkestone, a striking port-town off the coast of the English Channel, stunning shots of the harsh English shoreline often offset what at times is a grim and nasty story. 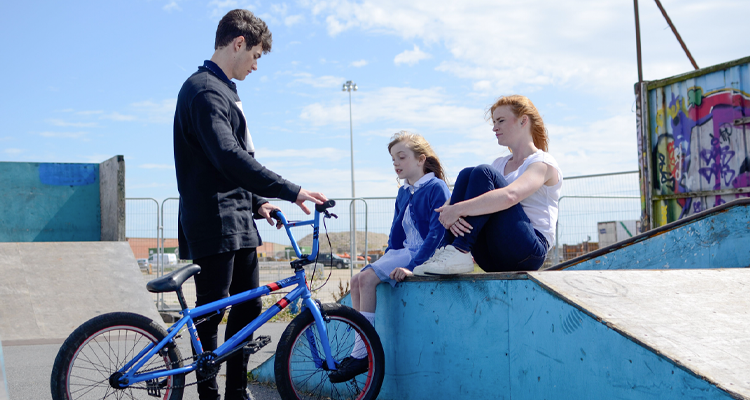 After living rough on the beaches of the town for eight years, dangerous loner Rosie (Gabrielle Sheppard) returns to her family home to force a reckoning with a disturbing past that she has been desperately running from. Tormenting her family, most particularly her step-father Geoff (Adam Radcliffe), Rosie’s visits to those she left behind grow ever more erratic and violent; and following in her footsteps is an imposing, machete-wielding agent of justice who, behind his bird-like mask, hides more secrets than simply his identity.

Seagull has a gritty, sweaty realism that really infects the screen. The humdrum, almost dreary nature of the domestic scenes help to create a piece that feels lived in and real, allowing for an easy empathy to form between the audience and the protagonists. Recalling some of the early work of Ben Wheatley, most notably the sublime Down Terrace, Blach’s directorial style gives the story room to breathe and the actors the chance to really stretch their muscles. In presenting an ugly and unedifying story in such a realistic manner, the director really ramps up the tension for the audience as we feel as though we’ve walked in on someone’s very real life.

Adam Radcliffe’s Geoff takes centre stage for most of the film, being the primary focus of Rosie’s avenging vigilante. At once an imposing and likeable figure, Radcliffe takes Geoff on a remarkable and uncomfortable journey that peels away the layers that this disturbed individual has coiled around himself to hide his true face from his family. Indeed, Seagull is a film that is very interested in the masks we wear and the truths we tell ourselves to function. 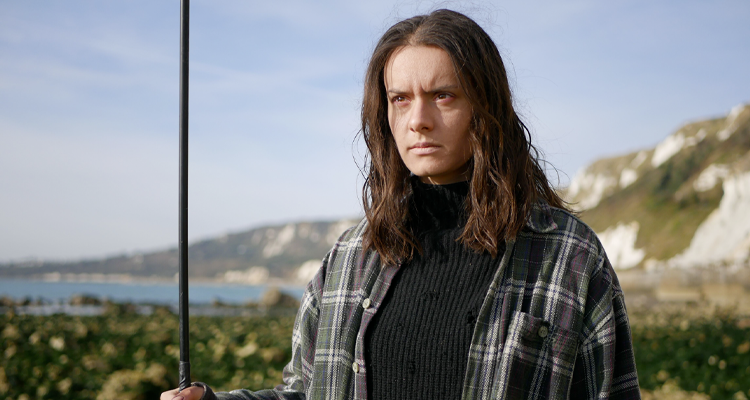 Jessica Hynes (Spaced, Doctor Who) is terrific as Janet, Geoff’s detached disabled wife whose alcohol addiction seems to be more of a lifeline than a crutch. Scowling and filled with pent up frustrations, Hynes gives a performance laced with sadness and desperation that becomes increasingly heart-breaking as the full extent of the story is revealed.

Gabrielle Sheppard has a lot to do with the character of Rose; largely silent for much of the film’s duration, she gives a remarkable performance through only body language and an aching sadness that seems to linger across her face. On the strength of a performance so full of humanity and reeking of desperation, Sheppard is an exciting talent to be watched carefully in the future.

The kitchen sink realism of Seagull stands the story in good stead, and the film deftly touches on subjects such as immigration, neglect and darker matter that I don’t want to spoil in this review. But the serious, almost Mike Leigh-esque portrayal of this working-class, dysfunctional family really help to ground the larger aspects of the plot and create a story that takes a lot of unpacking.

The masked, bruising figure who follows Rose wherever she goes sports an interesting, minimalist design that again feels terrifically tactile. His ominous presence in the film is shrouded in mystery throughout, and the director does a great job in really keeping the audience guessing with the true nature of Rose’s protector. 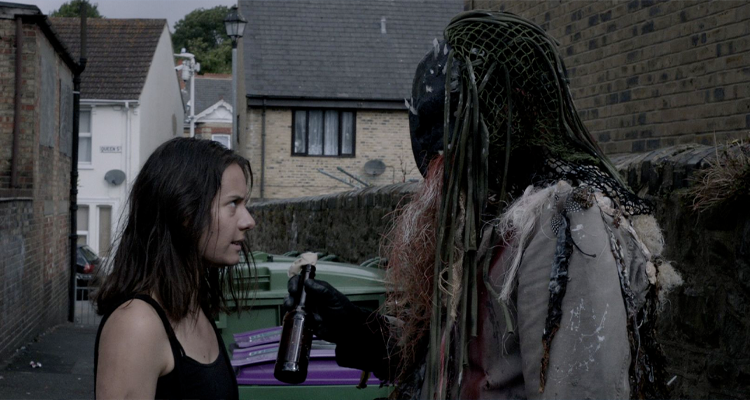 While some of the flashbacks that flesh out the history of the characters does pull you out of the film momentarily (the ages of the actors mean that they never convince as younger versions of themselves), they are told with such a striking and punchy pace that it doesn’t derail the film.

The gorgeous seaside of Folkestone is lovingly captured by Blach, and the wide open shots of the beach and seemingly endless ocean plays in stark contrast to the cramped and crumbling house where Rose’s family live. At times, the worsening condition of the family home acts as a neat metaphor for the increasing grip of desperation that the family patriarch finds himself in.

An air of menace hangs over proceedings like a grey cloud forever threatening to rain down destruction, and while Seagull is light on violence and gore it more than makes up for it by presenting the audience with blacker horrors that feel all too real. Ending on a note of grim ambiguity, Seagull feels like a rich and satisfying film that bears examination.

Seagull is available to rent or buy on the Sky Store.