From genre studio specialists Evolutionary Films comes Shadowland, a low budget action horror film set in the wilds of Scotland. Featuring lots of shouting and questionable directing, this is a film that wears its heart on its sleeve while leaving its brain in its other suit. 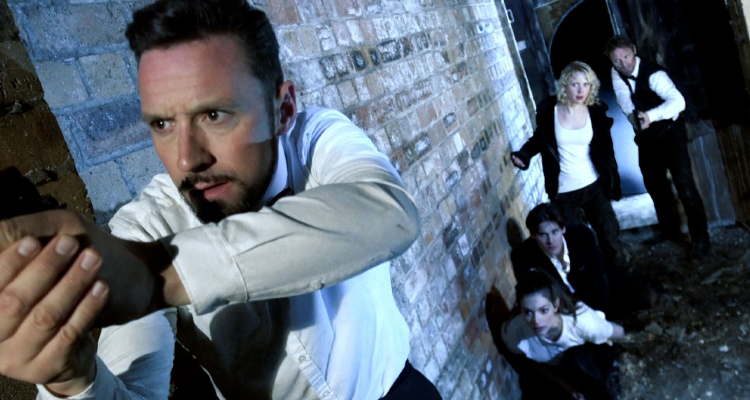 Cam (Keenan Ben) recruits Elaine (Amelia Eve) to join his crack security team to accompany an American Ambassador to a political event in Scotland. En route, they are hijacked by masked men intent on kidnapping the ambassador for…… reasons. After a ropey firefight, our gang find themselves holed up in an abandoned military complex in the middle of Scotland’s seemingly endless hills and valleys as a supernatural force makes its presence known in the dark.

Shadowland has an interesting concept at its heart. As a native Scot, I can speak to the terrifyingly vast, empty stretches of countryside across my fair land, and as a setting for a horror film, it is truly an inspired choice. And while the film does make use of sweeping shots of the gorgeous scenery, the story playing out on such a wonderful stage is stodgy, confusing, and occasionally bonkers.

Keenan Ben makes for a likeable and engaging lead, while Amelia Eve (Bly Manor) is criminally wasted in a role that feels cliched and perfunctory. The rest of the cast provide performances that are patchy and uneven, with only Jason Harvey standing out as a gloriously over the top coked-up hard man. The script leaves little room to breathe, with lines feeling like they have been written in the interests of moving the characters from point A to B with the minimum of development. 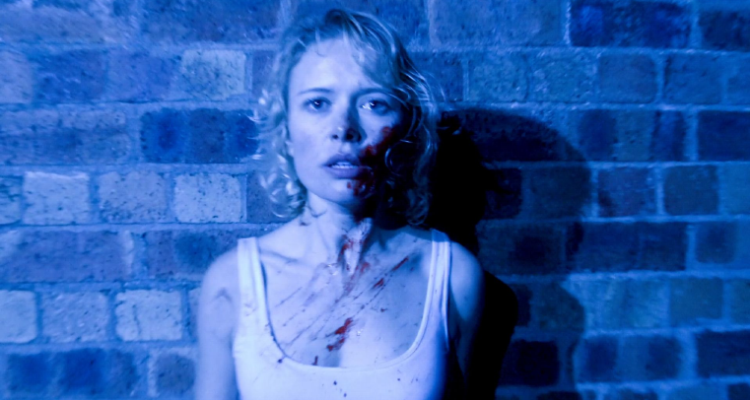 Criminally, for a low budget horror film, the deaths often occur offscreen and in confusing ways. The camera sweeps so quickly that you may often find it hard to discern what you are seeing, while the plot plays out in broad strokes that leave the details falling behind in its wake. The film is punctured with flashback scenes that attempt to shine light on the secrets of the military compound, but unfortunately these moments are so stilted and unclear that they detract from the flow of the main narrative.

And while the supernatural force itself makes for an interesting villain, the precise natures of what it is, what it wants and how it operates are so obfuscated that it fails to raise either fear or excitement. The flashbacks include an act of infanticide that is clearly designed to shock and horrify, but serves only to raise a smile, such is the ludicrously over the top nature of the scene. 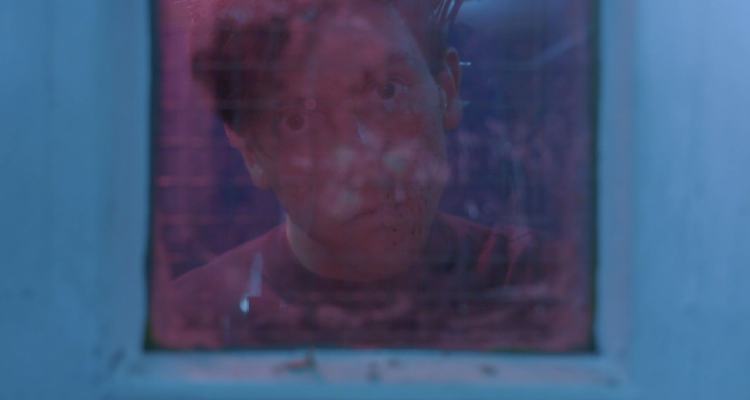 Director Simon Kay clearly has talent, and the scenes portraying Cam’s PTSD with a disorientating otherworldliness are a stand-out in the piece. There is the germ of a good story here, but the finished product is littered with shots that make no sense; in the climactic race against the creature, night turns to day and then turns to night again in a matter of moments. The film’s final minutes play out in a fashion where I genuinely don’t know if it was trying to be intentionally funny or not, but either way I have to confess that it raised a laugh from me.

Shadowland is a failed experiment but an interesting one. I can’t help but wonder what this film would have looked like with a tighter script and a little more time spent on the edit. Certainly, Simon Kay shows enough in his debut feature to merit another look when his next work is complete.

Shadowland is out now on Digital.