With the advent of the internet nearly three decades ago, the horror genre has since evolved in scope and terrorized audiences across the world wide web. From the bold, yet ultimately disappointing internet-age Halloween Resurrection to the impeccable Zoom-laden Host, modern bogeymen (and bogeywomen) now exist beyond the bounds of reality. 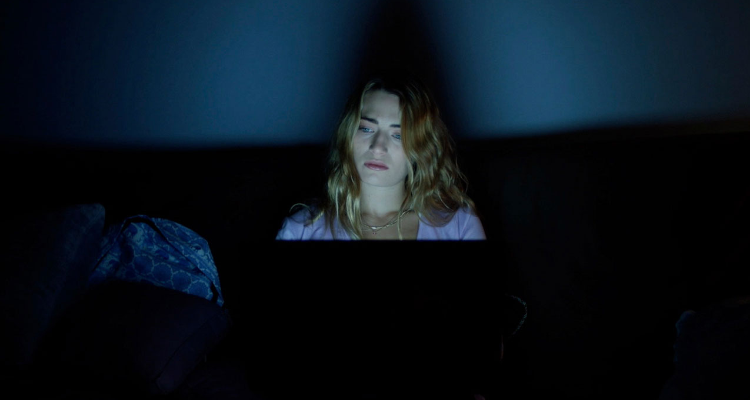 In Jennifer Harrington’s Shook (2021), we bear witness to the next realm of terror as a social media influencer undergoes a frightening ordeal at the hands of a mysterious online user. Disturbing, raw, and somewhat introspective, Shook explores the dark ramifications of life spent behind a screen.

After the murder of a peer, Mia (Daisye Tutor) decides to dog-sit for her estranged sister Nichole (Emily Goss) who is out of town for a crucial medical consultation. Hardly concerned with the whereabouts of Nichole’s dog, Mia instead oscillates between messaging her rambunctious friends and tending to her social media followers, all before receiving a bizarre phone call from a man named Kellan.

What begins as a simple exchange of half-hearted pleasantries quickly spirals into a sadistic game of deadly proportions. Forced into a twisted iteration of “This or That,” Mia must face the ugly truth about herself as she decides the fates of her family and friends.

Shook indeed bears the bones of a promising psychological thriller that is catered towards the emerging Gen Z audience. The film’s mounting tension is cleverly illustrated as text message exchanges and stomach-churning video clips are projected on screen, serving as Mia’s racing thought process. 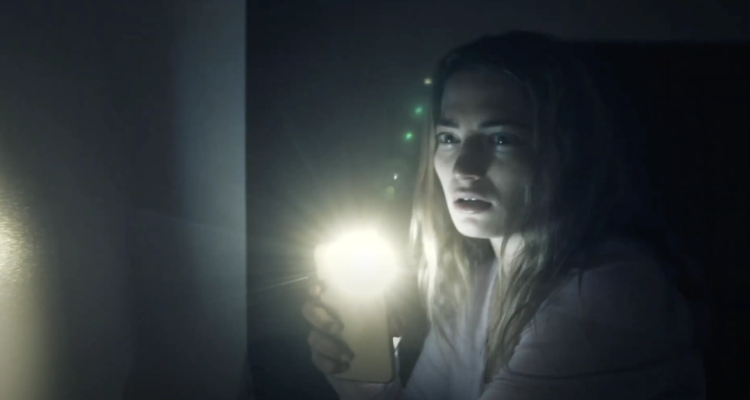 Further complementing the film is the daunting, yet decadently intriguing premise. Similar to Would You Rather (2012), Shook enlightens audiences with tantalizingly grim prospects, such as having to choose between saving one’s best friend or one’s ever-distant sister.

But as the film shines in many respects, it comes up short in others. Shook’s tone vies to cement itself as a haunting psychological thriller; however, delineates itself as a dark comedy. This is apparent in the opening sequence when a frightened Genelle is murdered with a high-heel to the throat. Hilarious and entertaining as it is, it simply is not befitting of what is promised. This tonal aberration could’ve been forgiven if it stood as an isolated incident, however it occurs yet again, this time at the film’s end when an ailing Mia is approached by a somewhat-annoyed Lyft driver who asks if she’s the one who requested a ride, to which she sardonically replies, “No.” 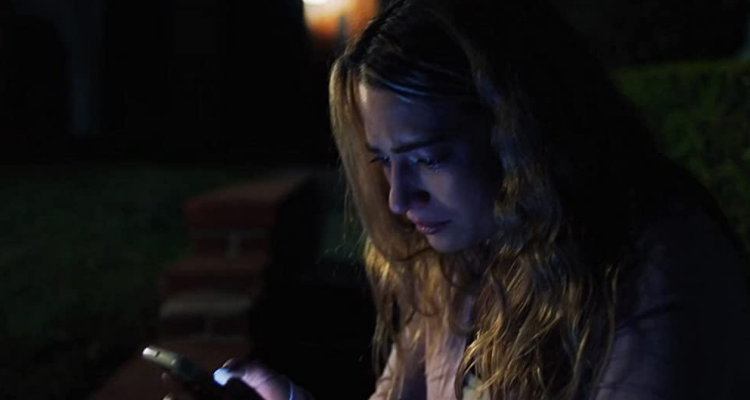 Splintering the film further is its predictability. While one would simply be satisfied with Shook’s gore-laden account, the foreknowledge that it could have delivered so much more hinders its potential as a truly captivating film. Instead, blatant clues and all-too-familiar plot tropes hinder the ultimate reveal during the film’s denouement.

Still, Shook is an intriguing-enough film that warrants a re-watch or two. It may not be fully realized, but it is fully entertaining with its perfectly-crafted shots and engaging premise. All in all, it’s definitely worth a follow.

Shook is steaming now on Shudder.