Now, clearly there’s no need for me to go on and on about COVID-19 and how it’s changed our lives and how it’s been going on longer than we’d ever expected. It feels like we’re on the 9th season of The Walking Dead. It’s all a bit boring and predictable, but nevertheless, it’s still scary.

Some people decided to take this time and do something productive – that’s how we ended up with Host (2020, Rob Savage), the horror film created and shot during the pandemic through computers. And some people… well, still decided to do something productive but it went wrong – that’s how we ended up with Songbird, directed by Adam Manson and co-written by himself and Simon Boyes. 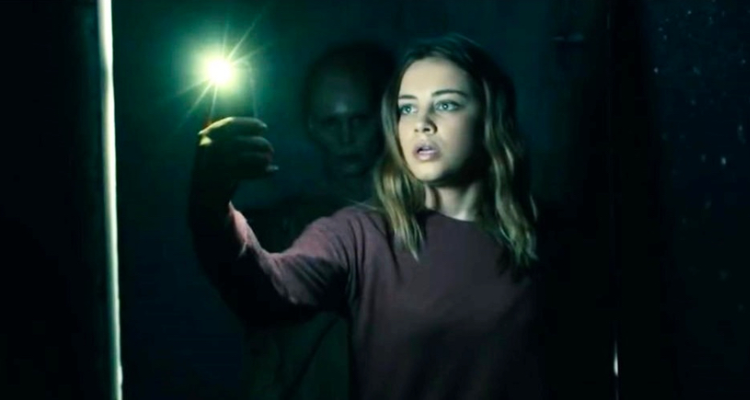 The film fast-forwards to 2024 when COVID-19 has already mutated to COVID-23 and is now a far deadlier disease. The few people left in the United States are either immune (called ‘munies’) or people barricaded inside their houses. People are now required to take fever tests every day, and if they appear to have a high temperature, they are immediately taken to quarantine.

Songbird has a good premise, but the film crashes and burns.

The film depicts two kinds of people – those who struggle to survive, and wealthy people who are making money out of the pandemic by selling fake immunity bracelets. These allow people to leave their house and roam free through the US.

Songbird clearly criticises rich people who seem to be above the rules of COVID and do whatever their privilege allows. However, the message of the film seems to push forward that we all should be able to break the rules, instead of leaving the privilege to the wealthy. I’m all for equality but…what? 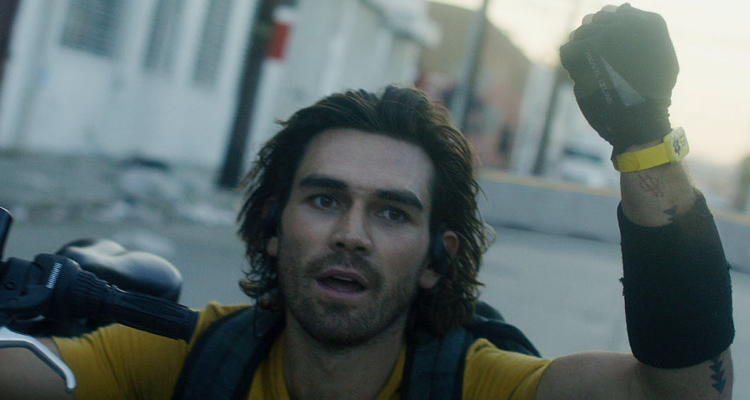 Songbird follows the munie Nico (KJ Apa), a motorcycle courier – a critique of people’s excessive use of deliveries throughout the pandemic – who falls in love with Sara Garcia (Sofia Carson) and develops an online relationship. They cannot meet personally because she lives with her grandmother and might put her at risk of contracting Covid through Nico. Clearly, they are the good ones. They follow rules even if it means they cannot be together.

In one the houses Nico delivers to, Piper and William Griffin (Demi Moore and Bradley Whitford) live with their asthmatic daughter, Emma (Lia McHugh). Both Piper and William run a scheme to make money selling immunity bracelets to their wealthy friends. On one occasion, the reason why their friends acquired the bracelets was to throw a party. The film clearly poses this couple, as well as other people who are in it, as the baddies. They are the rich and privileged. The ones who break the rules and who gain money in a time where people are dying precisely because people are flouting the rules. 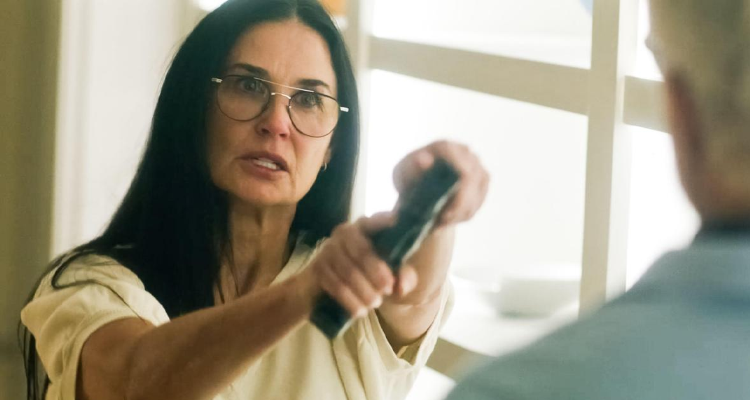 So far, I agree with the film. But, let’s dive into the narrative and how it chooses to develop.

The film invites us to root for Nico and Sara who are in love and, as we know, love moves mountains. We want them to be happy and together because they are the good ones. However, towards the end of the film, and I will try to not spoil it, both Nico and Sara decide they’re above the law too. The film then invites us to root for people who in the end do exactly what we condemn. During all this, the tone of the film does not change. It still holds on to the idea that Nico and Sara are deserving of the freedom they seek. 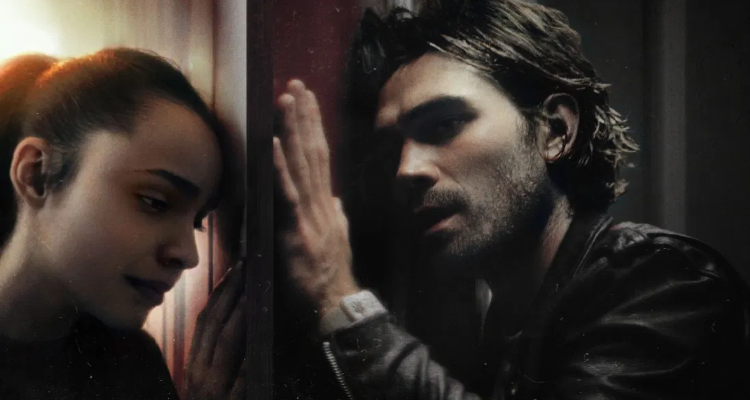 The beautiful, ocean shots of the west coast, together with the climatic soundtrack tries to cause the effect of happiness. The YES at the end of films, wherein the good prevails and evil does not. So, the whole idea of the film is, then, that we all should be able to break the rules. We are all deserving of the ‘privilege’ of flouting the rules and going off into the sunset. Maybe it’s by doing exactly that, that they let the virus to go on until 2024.

Some people have said that Songbird is irresponsible, and I do agree. It doesn’t even feel that the virus is the evil in this film, which is a scary thing for a film to be pushing forward… especially when Covid-19 is still going strong!