Film Review: Spiral: From the Book of Saw

I’m a huge Saw fan. What James Wan and Leigh Whannell brought to horror in 2004 turned the genre on its head: a new game with a killer twist. 17 years later, we’re up to number 9 in the franchise with Spiral: From the Book of Saw. 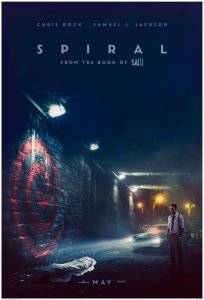 I was intrigued to hear that Chris Rock, comedian and star of family-friendly films was teaming up with director, Darren Lynn Bousman (Saw II, III, and IV) to reboot the franchise by “…starting over and heading in an entirely different direction…”. Unfortunately, he lied.

Spiral: From the Book of Saw follows Detective Zeke Banks (Rock), a renegade loner who’s hated at his precinct for “ratting” on his partner. He’s forced to partner with newbie, Detective William Schenk (Max Minghella) to make him a team player. They’re immediately thrust into a new case: A Jigsaw copycat is targeting cops.

It’s then a series of fellow cops undermining him, little Tiffany-style box deliveries that don’t contain diamonds, and cops picked off one-by-one.

The Jigsaw copycat wants to reform the police department. And you can’t blame them. All the cop characters are so unlikable, that you’re not even rooting for them to die. You just don’t care.

This is a chance for Spiral: From the Book of Saw to send a clear message about police corruption, negligence, and brutality in today’s world where daily we’re being bombarded with news stories about police as the enemy. But this opportunity is squandered with lazy stereotypes and terrible one-liners (Rock actually says “Whatcha talkin’ ‘bout Willis?”). 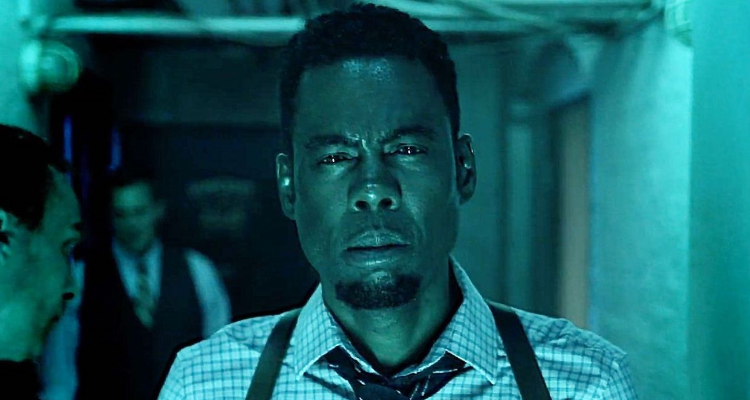 Even Banks, who we’re supposed to be rooting for, doesn’t exactly abide by the rules. And is it just me who wondered how he and his dad, the decorated yet retired Chief (Samuel L. Jackson) have such nice cars and apartments on a cop’s salary? Doesn’t that just scream corruption at you?

There’s also some classic horror clichés. The attractive new Captain, Angie Garza (Marisol Nichols), is literally so hot she needs to walk around in a tight, white vest…

Spiral: From the Book of Saw is meant to be a cop thriller but NONE of these cops would’ve passed the academy to even become a cop as NONE of them seem to know anything about basic training!

There’s a killer targeting cops, yet they consistently chase down leads alone; fail to clear a room; leave a key to their apartment above their doorframe; and just stop wearing gloves when handling evidence.

It’s sloppy, messy scriptwriting. It’s clear the writers have watched a few “buddy cop” films and reckoned they had it down pat.

Spiral: From the Book of Saw feels and looks very much like a Saw film, albeit on a much tighter budget. But Bousman’s use of the shuddering, jolting shots that we’re so accustomed to in this franchise feel tired and old. It’s no longer dramatic or scary; we know exactly what to expect. 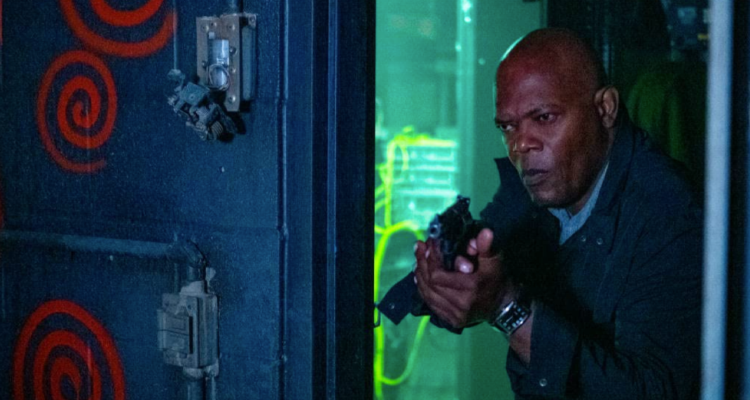 There’s also the usual red herring set ups. But if you’re a Saw fan and you’re paying attention (of you can last that long), the Jigsaw copycat is obvious from the get go.

I will say that I enjoyed most of the traps (the fingers one had me biting down), the soundtrack is good, and Jackson’s cameo is a decent performance, even if the father-son relationship is massively underexplored.

I’m so disappointed. Rock promised so much from Spiral: From the Book of Saw and failed to deliver.

What Whannell and Wan started has become a garish, laughable, cringeworthy nightmare.

It’s time to put the jigsaw back in its box.

You can see Spiral: From the Book of Saw in UK cinemas from the 17 May reopenings.