Let’s get one thing out of the way — this is not about Dario Argento’s Suspiria.

I’ll admit it’s hard to dispel the looming shadow of Argento’s film, with its stylistic colour 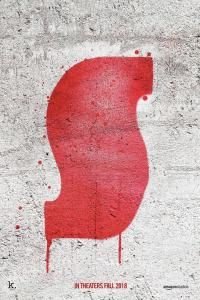 I love Argento’s film, but that’s not the film we’re talking about.

Both films are set in 1977 and follow Susie Bannion, newcomer to the Tanz dance academy (or troupe).

She soon becomes entangled in a coven of witches within the organisation.

Where the stories differ is in terms of emphasis and resolution.

When you dance the dance of another, you make yourself in the image of its creator

There is an exchange, in Guadagnino’s version between Madame Blanc (Tilda Swinton) and Susie (Dakota Johnson), in which the new addition to the troupe is educated on the concept of taking on a dance created by another.

With a few alterations, this could’ve been about Guadagnino and Argento or Johnson stepping into Jessica Harper’s ballet shoes.

The tension between differing intentions from the original creator and the newcomer.

David Kajganich’s screenplay is at times brilliant and brimming with these exchanges.

However, there are points when the political and social backdrop (the explicit Baader-Meinhof undercurrent for example) feel a little too heavy handed; when too much is given away.

It’s at its best when there is a sense of ambiguity and we feel those undercurrents rather than having them spelled out for us.

Something that has come up in a few reviews is the idea that the film is bloated.

It’s is split into six acts and an epilogue. And it does feel too long.

Maybe starting a little later in the story and taking a hooked blade to the other acts could give the film more tension. 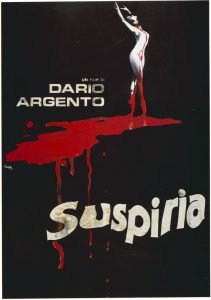 In his approach to Suspiria, Guadagnino has not attempted imitation.

This film may not have the lurid colours of Argento’s, but Guadagnino still finds space in his more measured approach for incredible visual moments.

The look of this Suspiria is 70’s.

Soft focus, static shots mixed with zooming and panning that has a physicality to it.

The performance of Volk is one of my favourite sequences in a film this year.

The costume of bright red cord and stark white war paint on Susie’s face are so striking.

The percussive sound of the dancers moving, the costumes whipping through the air, breath catching and punctuating both the movement and music.

The horror in Guadagnino’s Suspiria is built from the performances and rehearsals. It’s born from the dance; this gives the horror a grounding, a physicality.

Another standout moment for me comes in the sixth act – it’s full of claret visuals.

Mother Markus, when we finally meet her, reminds me of the butterball cenobite from Hellraiser with the large shades, and the flapping body parts. It’s a wonderfully twisted touch.

This act is where Suspiria comes into its own.

It’s where music, dance, lurid colour and gore come together in a beautiful and horrific ritual.

It makes me wish there were more moments in this vein in the rest of Guadagnino’s film.

I think there is an argument to be made that this is not so much Guadagnino’s film as it is Tilda Swinton’s.

It’s a testament to Johnson’s performance that Tilda Swinton doesn’t completely run away with this film.

Her Madame Blanc feels real and believable, powerful and vulnerable.

I watched Suspiria with someone who doesn’t know about the dual nature of Swinton’s performance and their amazement when I revealed it afterwards was so great that I’m not going to do so here.

Swinton’s performance is incredible, so let’s leave it at that!

I know I said that this wouldn’t be about Argento’s Suspiria, but it is impossible not to think of Goblin’s soundtrack when you think of the original film.

I love Thom Yorke and I mostly felt his music for the new Suspiria worked well; it’s atmospheric and beautiful.

However, he has a very distinctive voice and, whenever I hear him singing, it jars slightly (other than in the bloody sixth act) because it takes me out of the film by making me think that I want to listen to this soundtrack as a Thom Yorke album. 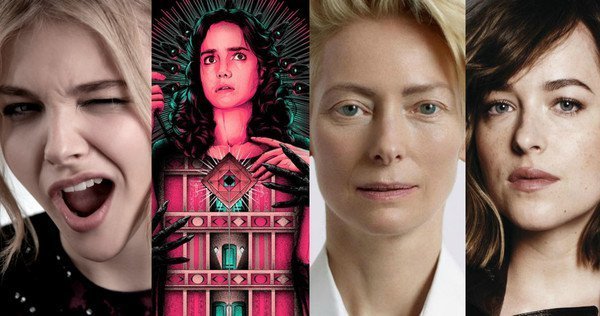 Yes, some of the imagery is a little heavy handed (the constant shots of the Berlin Wall to remind us of the divisions outside and within for example).

It lacks some of the stylish and stylistic set-pieces of Argento’s film.

More tension is needed throughout.

This is a good film.

It’s not a masterpiece, but it’s one that I want to watch again.

It has strong performances, hypnotic dances and when it gets going, is utterly brilliant.

And how often do we see a film dominated by female characters and actors?

We can only hope there will be a return leg in which Argento attempts a giallo remake of A Bigger Splash or Call Me By Your Name.