I often wonder at what point the world of horror will run out of ways to describe zombies without saying the word ‘zombie’. We have had walkers, infected (let it go, Danny Boyle), biters, zed-heads, creepers, geeks and roamers, with writers apparently scared to use the z-word such is their proliferation in modern pop-culture. In The Cove, writer, director and star Robert Enriquez, plumps for ‘the wanderers’, an apt name considering they spend the vast majority of the film wandering off somewhere else. 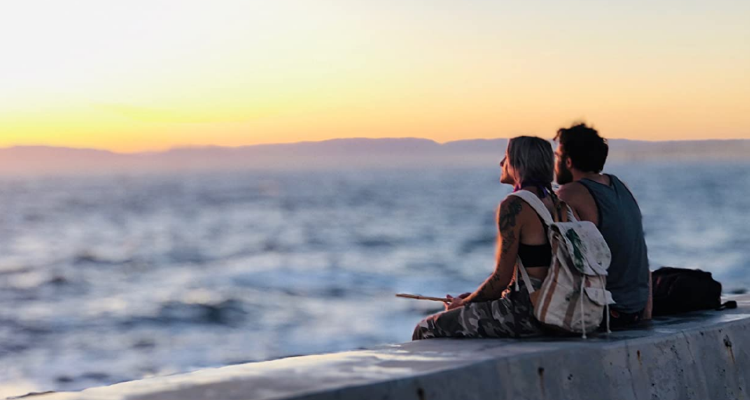 Set in the near future where an unnamed apocalyptic event has ravaged the earth, we follow former soldier Solomon (Robert Enriquez) as he hides from the horrors of his world on a boat by the bay. His only company is Sam (Phillip Cook), an old member of his crew who helps keep Solomon sane, and a band of bloodthirsty pirates headed up by the psychotic Luther (Mike Markoff). Loner Cairo (Garrett Barghash) stumbles blindly into this deadly game of cat and mouse, searching for the elusive promised land of the Cove, where the world is still untouched by the deadly virus.

Oh yeah, and there are zombies.

And after the first ten minutes or so of the movie you could be forgiven for forgetting that there are hordes of the undead roaming the land, hungry for flesh and plot-purpose. The film is focussed more on the conflict between Luther and Solomon than the ‘wanderers’ that apparently stalk the streets, and while their existence provides some neat visual chills (water-zombies are pretty cool), the film plays out more as an action B-movie than a schlocky horror. 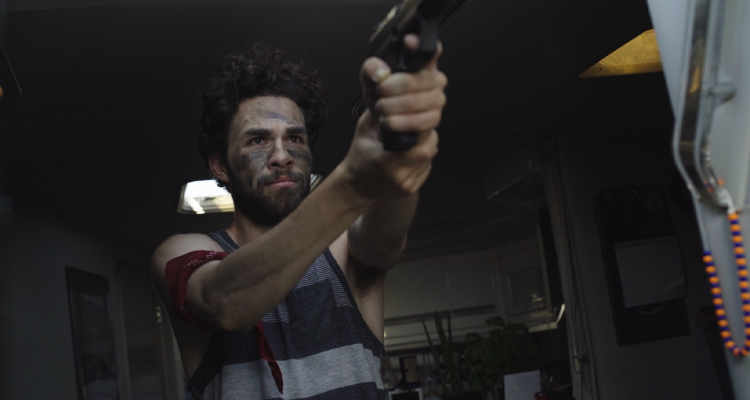 The action scenes themselves are a little clumsy and staged, but the film is able to provide a couple of good shocks that keep the audience on its toes. The development of Cairo from wet-blanket to action hero plays out in absurd fashion, but the result is largely fun and knowingly over the top.

The world we watch unfold is perplexing and messy to get to grips with. We are told that the world has been ravaged and that environmental disasters and the infection have decimated the population, yet we see cars driving in the background of shots and electricity powering buildings that realistically should be derelict and abandoned. A line of dialogue explaining that the government is rebuilding is a neat way of hand-waving some of these issues away, but the overall effect is that the world being described is not the world that we are seeing on screen.

Enriquez makes for an enjoyable lead, his softly spoken voice belying his gruff and violent nature. His interactions with Garrett Barghash’s Cairo inject some much-needed humour into some of the more po-faced moments of the film, and their central relationship proves strong enough for the film to hang its hat on. 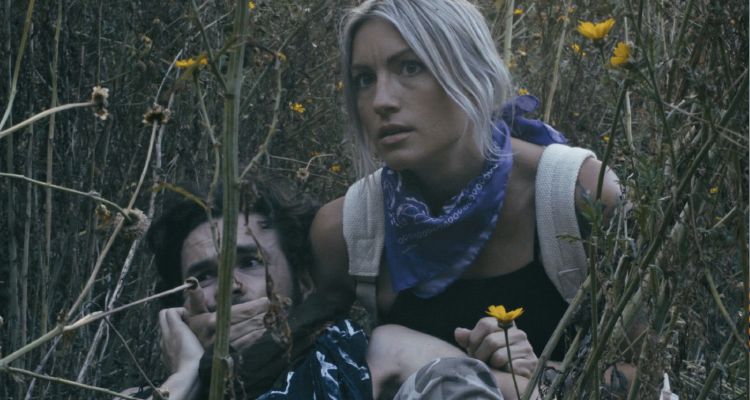 Every B-movie needs a compelling and preposterous villain, and The Cove serves up a doozy in the frankly ludicrous form of Mike Markoff’s Luther: like a cross between a long-haired Adam Scott and the Joker, Luther chews every frame of the film like it’s made of chocolate and adds a massive dollop of psychotic fun to proceedings. When a strained and stilted flash-back reveals that his father is played by movie-villain creep extraordinaire Eric Roberts (who in 90 seconds of screen time delivers a phenomenal Eric Roberts performance), I found myself simply nodding and thinking ‘yeah, that looks about right’.

The plot is slight and the monsters confusing, but the central interactions of The Cove are largely enjoyable. The film would benefit from some slightly sharper editing that would keep the narrative moving along a little quicker, but running at 97 minutes The Cove is not a film that outstays its welcome and provides a lot of bonkers fun along the way.

The Cove is available to rent now on iTunes, Apple TV, Virgin, Amazon, and Sky Store.