Arriving with little fuss and almost no fanfare in 2020 came David Prior’s The Empty Man. A movie seemingly lost in the shuffle of the Disney / Fox merger, The Empty Man was completed in 2017 before being left to languish on the shelf for almost three years. Upon release, the film was met with a wave of critical indifference and struggled to find an audience; marketed as a creepypasta-like film in the vein of 2018’s Slender Man, it seemed to be largely ignored by the horror community.

Ignored by all but those who had seen it. 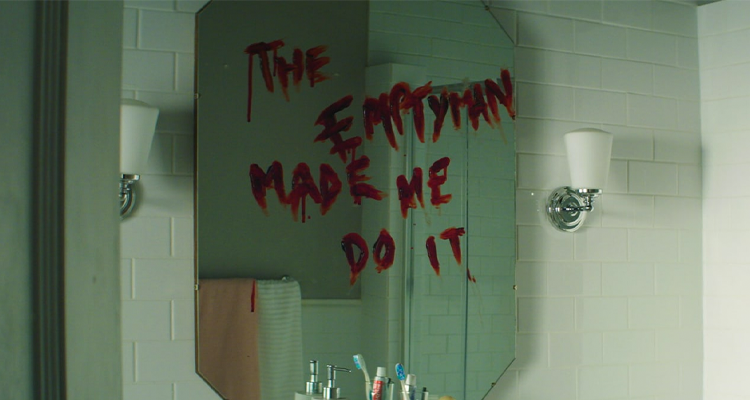 The Empty Man began to gain that most difficult of commodities to acquire in modern film; a strong word of mouth buzz. Articles began to pop up online imploring people to seek the film out, the various writer’s insistent that the dark corners of The Empty Man were more than worth your troubles. And so, with the film’s arrival on Disney Plus of all places, I went in with an open mind and a curious spirit.

The story follows James Lasombra (James Badge Dale), a lonely ex-cop who seems to be on something of a downward spiral in his life.When Amanda (Sasha Frovola) the daughter of close friend Nora (Marin Ireland) goes missing, James begins his own investigation into the disappearance. In Amanda’s bedroom he finds the sinister refrain ‘The Empty Man Made Me Do It’ scrawled in blood across her mirror and literature for The Pontifex Institute, a sinister organisation that purport to help their members find enlightenment. James’ investigation drags him into a world of urban legends, cultish horror and, rather improbably, an otherworldly Lovecraftian nightmare that threatens to tear the fabric of his reality apart.

Rarely has a marketing campaign done so much damage to how a film is received. When I first saw the posters and trailer for The Empty Man, nothing about it encouraged me to seek it out. Looking like a cheap knock-off of a dozen other horror films that I’d seen over the years, I simply dismissed it without much interest. And to be fair, I feel the marketing team had a bit of a time on their hands giving people a feel of what this film really is and ultimately settled for what would be easiest to sell.

What the film actually reveals itself to be is a remarkable take on the mythos of the ancients.

By now, many will have seen the image of the terrifying skeletal figure sitting in the black of some dark and dank cave; this early scene opens up the film and knocks down the notion that we are about to watch a traditional teen-horror unspool. It is a terrific visual that has done the rounds on social media, pulling more and more viewers towards the unusual charms of The Empty Man. 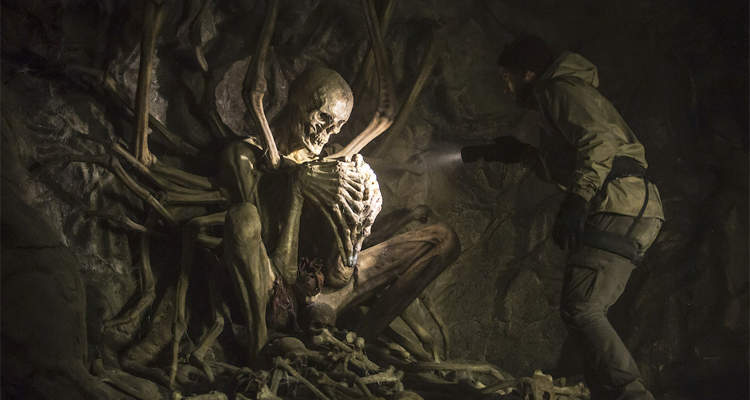 The opening fifteen minutes of the film, a prelude set in 1995 on the snowy mountain tops of the Ura Valley in Bhutan, clues the viewer into the idea that this is a film taking risks and telling anything but a conventional story. In fact, so strong is this opening scene that there is an argument that there is a completely different film to be made from this material, one that sinks its hooks into the icy remains of Lovecraft’s chilling At The Mountains of Madness.

Slickly shot by director David Prior, the film is loosely based on a graphic novel by Cullen Bunn which has been refashioned into a more intimate tale. By infusing the cosmic-horror nature of The Empty Man with the more modern creepypasta style horror of the current generation, Prior has given the movie a neat hook to pull in an audience with one idea while serving them up something completely alien. They even set the force of evil up with his own rules (on the first night, you hear him; on the second night, you see him; on the third night he will find you) akin to J-horror classic Ringu. 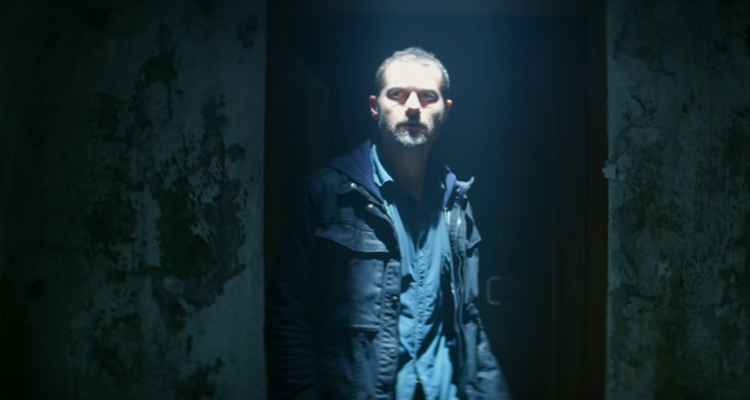 James Badge Dale (24, Iron Man 3) makes for a strong protagonist who is haunted by loss and regret, whose plight could easily be one of cliché were it not for the strength of the performance. We click early with the character; shown to be a decent man who has utterly lost his way he doesn’t hesitate to help find Sasha Frovola’s ethereal and aloof Amanda.

And while the film is a little overlong (some of the investigative elements in the film’s middle slow down proceedings), it is peppered with hauntingly unnerving moments and intriguing characters whose motives are never entirely clear. Stephen Root shows up as the leader of cult-like organisation The Pontifex Institute and brings all of that easy charm that we’ve come to expect from him, a layer of sinister intensity lurking just below the surface.

As the links between the film’s prologue and the story James finds himself trapped in begin to knot together, The Empty Man builds towards it’s crescendo with a thrilling intensity that features a terrifying delve into the woods of the institute before drawing proceedings to a close with a quiet, discomforting ending that lingers long in the soul. 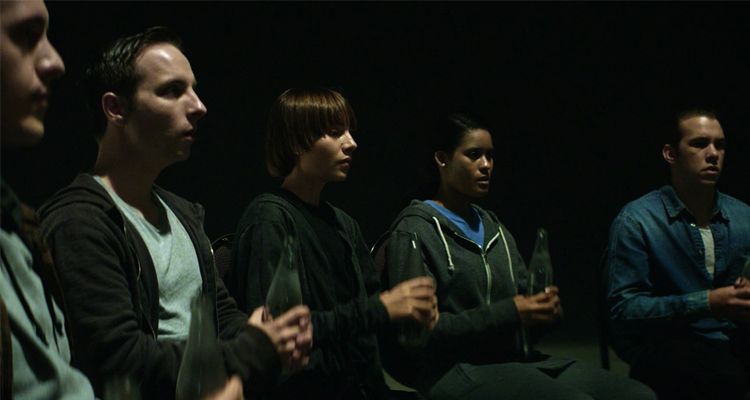 Toying with the nature of reality and hinting at an ancient malevolence that exists in the spaces just beyond our understanding is the sort of horror that is completely in my wheelhouse and The Empty Man is at its strongest when it lets the audience linger on these notions for just a little longer than they should.

Consider this a hearty recommendation for a truly unique horror film. I felt I had to write this review.

I didn’t necessarily want to.

The Empty Man Made Me Do It.

The Empty Man is streaming now on Disney Plus.