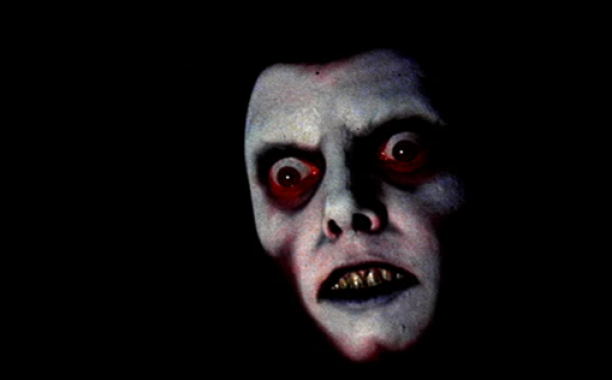 A title I’m sure we’ve all heard of would of course be 1973’s The Exorcist. Considered the scariest film ever made, in 2006 by various sources The Exorcist followed a little girl throughout a demonic possession and showed her mothers desperate attempts to rid her of the demon by hiring two priests to conduct an exorcism on her.

I got this film for Christmas last year (although I saw it long before then) and was pleasantly reintroduced to this classic. I should mention that if you’re looking for a film that will give you a scare you’ll remember for days then stop reading now, this film is much more based on the overall mood of the film and comes across as quite creepy rather than scary. At the very start of the film there’s a fairly long speech by the director explaining about how if you go into this film thinking it will be shit, then it probably will be. However if you take time to really think about the film and imagine the real life scenario that this was influenced by (yes the film is based on true events) then you may be in for a pleasant surprise. You have to remember that for the time this film was made then no one had seen anything like it before, my dad described being in the cinema and watching people’s heads drop to their laps as they became unable to watch any more.

To make this film William Friedkin was allowed access to the diaries of the priests involved and the doctors and nurses, he even got to speak to the young boy the film was based on’s aunt. Apart from the head-spinning scene he claims that there were only some minor changes made to the film which means that the rest of it is close to being directly based on the actual events that happened. Try telling me that it’s not creepy as shit that these things happened after watching the film..

To conclude I think this is a great introduction to horror as long as you’re not too opposed to a tween having sex with a crucifix… The most likely outcome is that you’ll watch it and say to yourself “how did anyone find this scary?” but it’s still a very enjoyable experience either way.