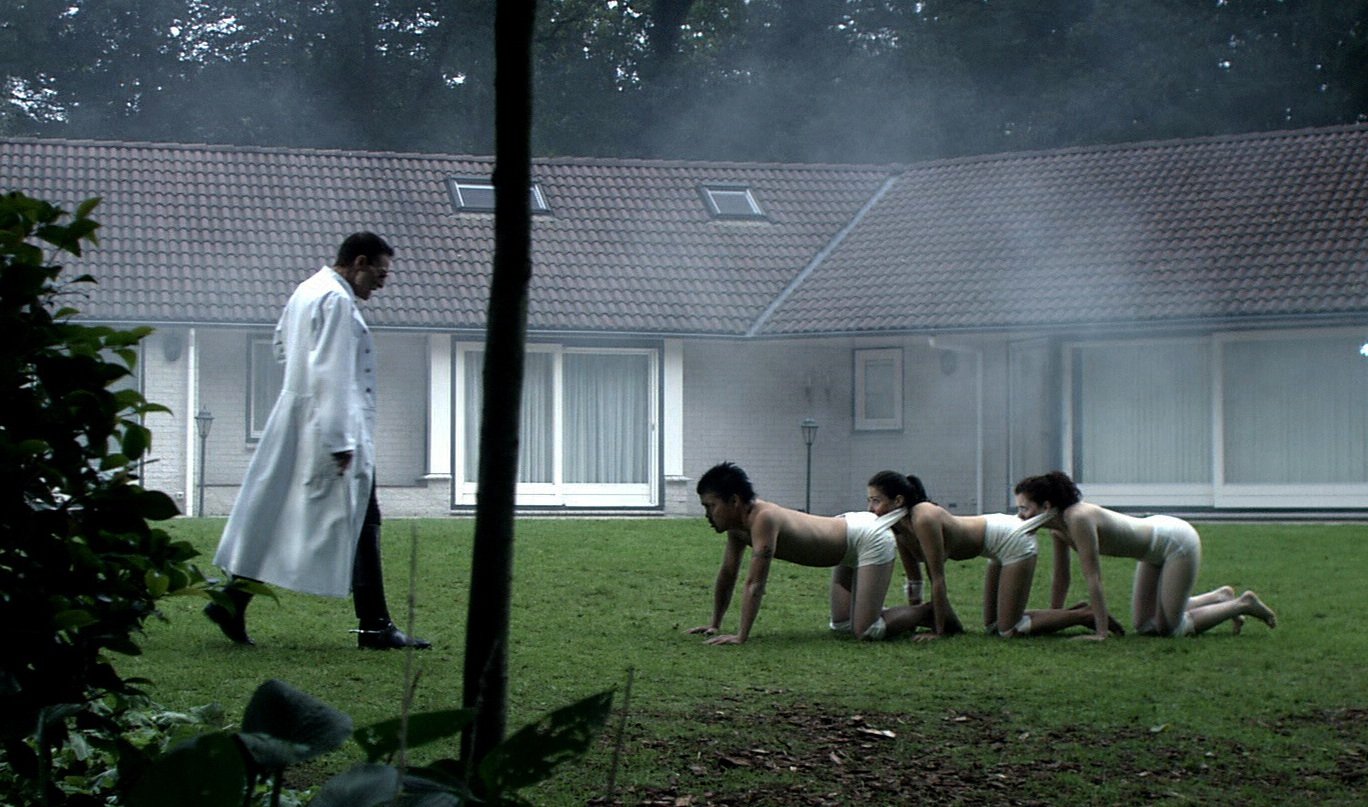 The Human Centipede (First Sequence). Here’s a name you have probably heard thrown around by your friends, shortly followed by words such as ‘Ew’, phrases such as ‘What the fuck’ and even statements that aren’t actually words such as ‘euuugghhhaslkjasp’ followed by projectile vomit. Released in 2009 this film was quickly branded with the title of: ‘The most horrific film ever made’ by UK newspaper The Sun. But was it really all it was hyped up to be?

In my opinion, no. The film is quick to introduce you to two of the most annoying female characters in any film, ever. Ok, perhaps that’s an exaggeration, but by the time the first six minutes is up you’ve already played their death over and over in your head a hundred times so that when they actually do end up being turned into the mess of a quite frankly, shit centipede, you’re almost unaffected by their demise. These are your typical young American women depicted the same way in every single film with a badly acted party-going attitude that ultimately leads to them being killed in horrific ways.

“But Murray, the story must be amazing, I mean, no one has ever done anything like this before, right?” Granted, the story was unique, but this does not make it good. The only two things that interested or impressed me about this film was how it’s said to be 100% medically accurate, and Dr Josef Heiter (Dieter Laser) the evil creator of the abomination. Laser apparently stayed in the role of Dr Heiter as much as he possibly could throughout the entire production of this film, this relatively common and is known as ‘method acting’. Dieter Laser in my opinion isn’t a bad actor at all after seeing some of his other work, but I just don’t think he made a good choice with The Human Centipede.

To conclude, if you enjoy your horror films then I think this is a must watch as I’m sure any horror fanatic could talk a lot about this film, good or bad. However, it just didn’t click with me. I don’t believe this was a very well made feature and was basically just a bunch of horrible scenes for what seems to be, no reason at all.