We open with Cecilia Kass, played brilliantly by Elisabeth Moss, who has managed to run away from her abusive boyfriend Adrian Griffin (Oliver Jackson-Cohen) – a leading scientist in the field of optics.

A couple of weeks later, while Cecilia is trying to rebuild her life, the news of Adrian’s suicide comes to light and with that, Cecilia learns that she’s due to receive an inheritance worth millions of dollars. However with time, Cecilia starts to suspect that Adrian’s suicide was nothing but a hoax and that he has managed to create a way to become invisible in order to stalk her.

Whannell’s film is a class in atmosphere and suggestion – we are more afraid of the things we literally cannot see. The camera work is played in such a subtle way that with each shot not only does it build up Cecilia’s paranoia, it also confirms it.

We as the audience are accustomed to cinematic conventions and we know that when the camera moves, it moves to show us something. And here, although what we see are empty walls and hallways, somehow we still get the confirmation that the monster is there.

More than that, the suggestion and the plot work together perfectly in the era of the #metoo movement. On one hand we have Cecilia, a distraught victim that argues her abuser is stalking her after having been declared dead. But of course, she has no proof, only her words.

On the other hand, we have her family and friends who, even though they desperately want to believe her despite her arguments sounding so far-fetched, are unable to stick by her side through it all. Therefore, although the presence of the monster is real, the scariest thing in here is the lack of belief in the victim.

Cecilia has suffered abuse for years and she has finally gathered up the courage to escape her abuser. But all of those years of abuse have taken a toll on her, and with her relationship-induced PTSD, she is unable to leave the house and becomes afraid of the littlest things. Cecilia’s plight is portrayed perfectly with the help of the aforementioned cinematic work of suggestion.

The Invisible Man is not just about Adrian’s invisibility, it’s about all of the things that haunt us but we cannot see. Cecilia is not fighting Adrian, she is fighting the invisible – her abuser and her scars. Things that are truly unknown to those who haven’t witnessed or lived it, but she doesn’t give up. 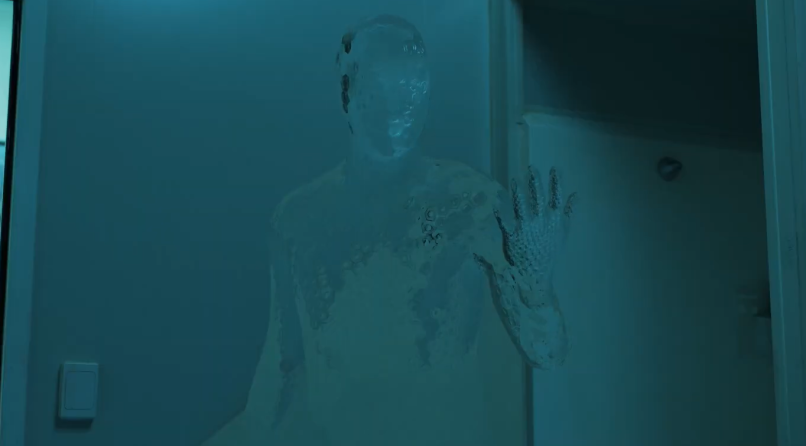 Throughout the film we see her break bonds with her family and friends, something that’s common in abusive relationships. These schisms make it difficult for people to believe her and until they have visible proof, the doubt is the real horror in this film.

By no means is The Invisible Man perfect – the plot is all tied up until the third act where some plot holes surface which require such a suspension of disbelief, it could be a deal breaker for some.

Still, the film bears an importance to the era we are living in – it is another example of the horror genre making use of real life horror and portraying it on the screen in a way that gives power to the underdog.