The Lodger, directed by Baptiste Drapeau, is a slightly off-centre French psychological thriller / ghost story. Though a sombre and serious tone runs through the spine of the film and the lead actors give their all, a story filled with trappings that border on the loony provides a messy tableaux. 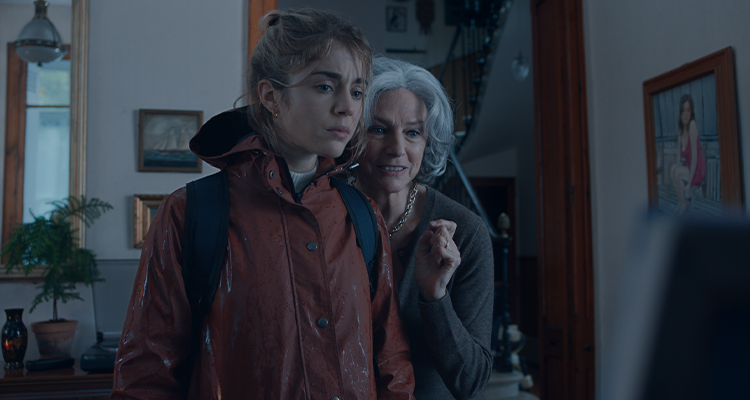 Alice Isaaz plays student nurse Julie, the titular lodger of the film’s title. Julie moves into the spare room of eccentric widow Elizabeth (Jacqueline Bisset) who has lost her husband through violent circumstances decades earlier. Even after all this time, Elizabeth continues to live as though her husband Vincent were alive; his empty pyjamas sit in bed alongside her, she makes him meals and tea and speaks to others as though he were still with her. While content to play along with this harmless charade to begin with, Julie soon finds herself falling under the mysterious Vincent’s spell as his presence in the house grows ever stronger and more potent, leading to a tale of jealousy, murder and lust that transcends time and the mortal world itself.

The basic plot points of The Lodger will be familiar to any ghost-story fan, and familiar beats are dressed up with unusual affectations by director Drapeau; the transition of Victor’s presence from merely a collection of empty clothes to a full on life-size medical dummy looks as silly as it sounds, but the commitment of the cast and the directorial choices made somehow imbue this frankly silly looking decision with a quiet and lingering menace. Even with the drawn-on moustache. 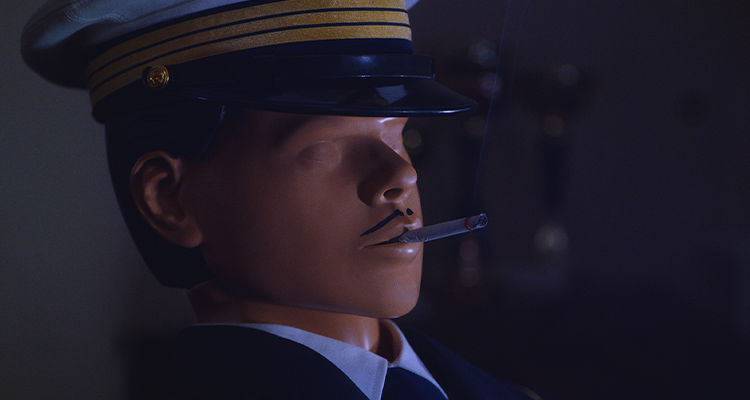 Alice Isaaz plays all the right notes as naïve and romantic nurse Julie, and as we see the bulk of the film through her eyes, it is a relief to find such a strong central performance. Isaaz’s portrayal of a young girl succumbing to forces beyond her control is well measured and imbued with a lot of sympathy. A girl with a kind and romantic heart, Isaaz convinces the audience that Julie’s willingness to play along with Elizabeth’s delusion comes from a place of compassion rather than mischief.

Screen legend Jacqueline Bisset (Casino Royale, Bullit, Murder on the Orient Express) gives a strong, committed performance as sultry pensioner Elizabeth. Swinging wildly from kind, seductive and truly unhinged, Bisset really swings for the fences with a performance that is everything the film demands. A dazzling amount of scintillating energy radiates from Bisset as the film builds towards its messy climax, but her commanding presence on screen helps to pull off some of the film’s more unusual choices.

Drapeau’s direction is terrific, and really captures the feeling of classic ghost stories of old with an odd dream-like quality infecting the reality of the frame. Whether in the twilight of a mossy graveyard or in the more familiar confines of the large, gothic trappings of Elizabeth’s house, Drapeau makes good use of his skills to deliver a film that is packed with unusual creeps and off-kilter beats.

A haunting, almost discordant arrangement scores much of the movie, but often the film is brave enough to have moment’s play out in relative silence, allowing the atmosphere of the story to really cast its spell over the audience. 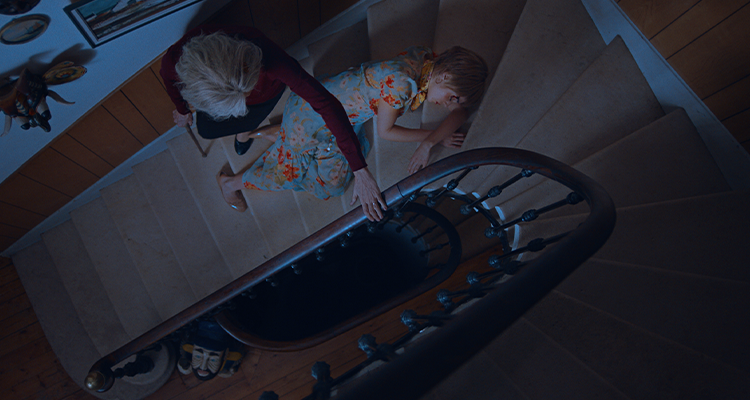 The scares in the film are very low-key, with misdirection and self-doubt doing a terrific job of keeping the audience engaged with the mystery until the film’s closing moments. A strong air of melancholy and loss hang heavy in the picture, a powerful sadness and longing that belie the rather facile nature of the rest of the story. But in balancing both of these aspects well, Drapeau delivers a piece that pulls together as a strong and unusual whole.

As an homage to classic ghost stories of the past, The Lodger works well with moments of touching beauty and genuine sadness. Throw in a fantastic turn by screen legend Bisset as an aging beauty lost to the pain of her past, and you have a film that is utterly unusual and very well worth your time.

The Lodger is out on digital and DVD from 18 October.