Is there a supernatural presence that lingers long in our world just beyond the reaches of our comprehension?

These are the questions that The ParaPod – A Very British Ghost Hunt sets out to answer. 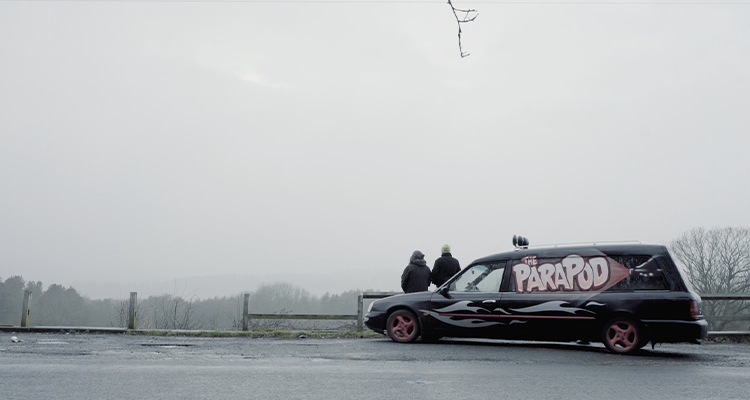 And while it is doubtful that there will ever be a definitive conclusion that will satisfy either side of the argument, the boys certainly have a lot of fun trying to find out and deliver a film that feels uniquely British in its outlook.

The ParaPod movie hits selected cinemas over the next month while on tour up and down the UK, bringing the hilariously enjoyable podcast to life on the big screen. Comedians and pals Ian Boldsworth and Barry Dodds have been entertaining listeners across the world with three series of their informative, funny and occasionally bonkers podcast, and it is a delight to see their winning chemistry make such a smooth transition to the big screen.

The film follows the intrepid duo as they travel the length and breadth of the UK visiting some of Britain’s most haunted locations. Travelling in a fully customised hearse, the pair travel to the haunted woods of Pluckley, the terrifying subterranean vaults of Edinburgh, and what is reportedly the most haunted house in England. The boys investigate various paranormal phenomena with a healthy dose of comedy and a whole lot of heart, arriving at moments of reflection, revelation and ultimately hilarity.

Ian is the open-minded (if unbudging) sceptic, challenging Barry at every moment of their journey and firmly framing everything through a lens of logic and fact. Barry, a life-long believer in the paranormal, dives eagerly into a variety of situations and locations that clearly fill him with dread. The gents’ journey into the world of the paranormal is full of moments that, while retaining a light-hearted approach, manage to shock, unnerve and surprise in equal measure. 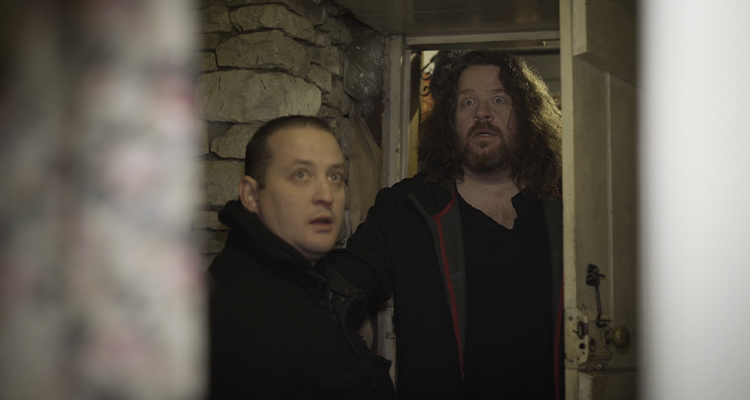 The film’s m/o is a simple one; Barry firmly believes that he will be able to prove the existence of the supernatural to Ian by the film’s conclusion. Exactly how successful Barry has been by the films closing credits is a debatable point, but along the way both men will have their preconceptions challenged in ways they might not have considered before filming.

The documentary format allows us a lot of time to get to know Ian and Barry and really get a feel for the quirks and foibles of their relationship. Ian’s constant berating of Barry over his beliefs could come across as mean-spirited and almost bully-like in a less confident film, but the affection that he clearly holds for his friend shines through amongst the barbs. Barry makes for a game, if occasionally ill-matched sparring partner, and while he doesn’t quite believe blindly in the paranormal, his willingness to embrace the supernatural gives a fascinating secondary point of view.

The ParaPod understands that the strength of its production is in the relationship between the guys, and while there are definite stretching points of that relationship when tensions run high, you are never left in any doubt as to where their affections lie.

At times the film really feels like it has slipped into the realm of pure horror. There are moments of genuine frights as Barry comes face to face with his beliefs, creating some touching and memorable moments among the comedy. Barry’s reactions to what he perceives as unexplainable events provide some of the movie’s highlights, his screams of fright only serving to delight Ian as his nervousness gets the better of him. But it is telling that when things become a little too real for Barry in a genuinely heart-stopping moment, Ian is quick to offer support to his friend and a voice of reason that help to bring him back down to earth. 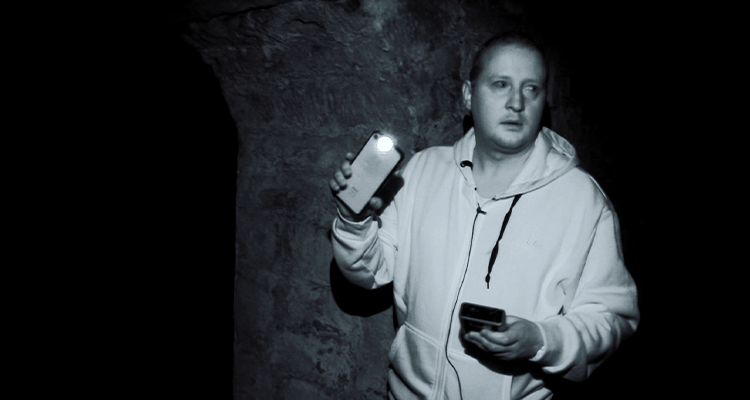 Not only being the co-star of the piece, Ian Boldsworth is also the film’s director. He has put together a professional film that looks every bit the big-budget documentary production of one of the big UK channels. The night-vision camera shots give the film a Most Haunted feel at times, (thankfully without any gurning psychics bumbling around the frame) but manages to retain a unique feel by delivering something with altogether more engaging motives. Boldsworth also manages to frame some of the film’s more sinister moments with all the atmosphere and tension of a horror film, with a score to ratchet up the tension when required before undercutting proceedings with a hilariously well-placed jump-cut.

The ParaPod – A Very British Ghost Hunt is an entertaining ride from start to finish and will delight viewers on either side of the debate. Whether you are a Mulder or a Scully, the film is packed with more than enough laughs and frights to warrant a couple of hours of your time.

Check out the schedule of screenings for The ParaPod – A Very British Ghost Hunt on their site.