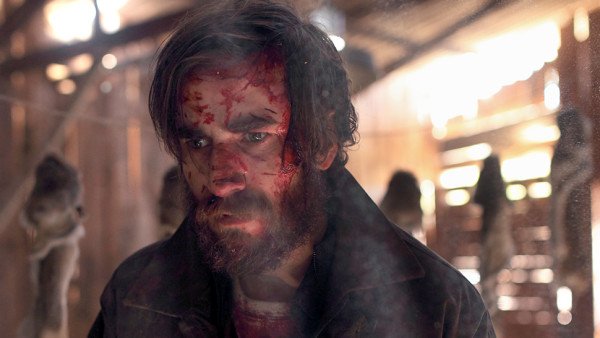 Guillermo Amoedo and Eli Roth have recently been smashing every single ball out of the park and into the realm of iconic filmmakers with their recent collaborations The Green Inferno and Knock Knock. Roth first crept his way into my unadulterated heart when the putrid and sickening Cabin Fever was watched by a slightly underage me. That film still entices me to this day and really awoke something inside that made me realise how much pleasure there is in watching nasty, gross and generally horrible deaths. The question was then, what could possibly make Roth even better? The answer is Guillermo Amoedo.

Amoedo obviously caught Roth’s eye when they first worked together on Aftershock and it’s something I’m more than grateful for. If these two hadn’t combined their effortless talent, there wouldn’t be films as genre bending as The Stranger. This inventive film quickly stole a reigning title in my imaginary film collective from the moment it’s bloody and brooding tension embraced me.

Arriving unwelcomed to the small town, the enigmatic Martin (Cristobal Tapia Montt) begins his hunt for the woman he calls Ana. Whilst mourning for her, Martin is savagely attacked by three young men including Caleb, who goes on to stab him. Young town graffiti artist Peter, watches as the Sheriff and his son Caleb bury Martin, alive, in order to cover their corrupt tracks. Peter takes the conscious high ground and saves Martin from the inevitable. The sleepy town quickly becomes engulfed in devastation and bloodshed as the true identity of this stranger and his intentions grow as the daylight does.

Horror films shouldn’t be constricted to the idea that in order for them to be terrifying or disconcerting they need to be completely action, blood and intense horror throughout. There’s something far more disturbing with a horror that slowly grows your anticipation whilst keeping you on your toes with endless possibilities of why Martin is so overtly aggressive when someone tries to touch his supposedly infected blood. 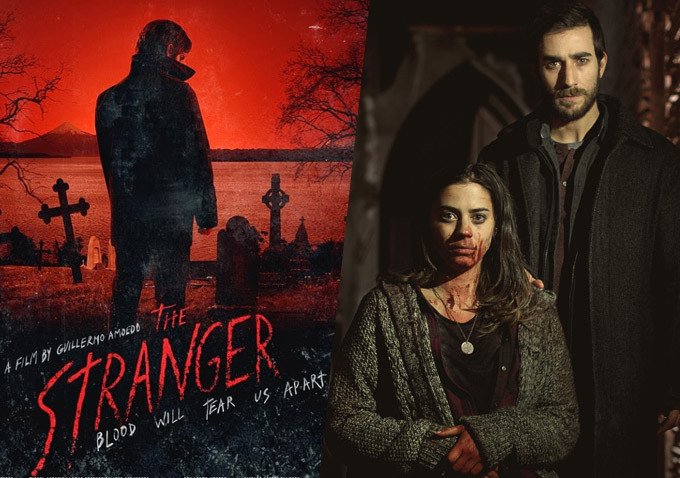 Nicolas Duran portrays Peter in the perfect way; inquisitive, caring and overall not afraid of this man who abruptly enters his life, treating him like absolute shit and potentially being a threat to his life. Character development often bores audiences, but for me, what’s the point in a film if I’m watching people devoid of all personality? An element of connection towards them needs to be established and The Stranger perfectly defines this, leaving me with a few tears in my eyes at the end. Not many horror films manage to satisfy my perturbed needs whilst also breaking my heart a little.

The Stranger met with varied opinion, most slating that it’s too slow and doesn’t convey to the typical clichés of a vampire flick – but as movies progress, it seems only forward thinking to avoid overused and tedious stereotypes to create something compelling and creative. Vampires have been resurrected a thousand times, therefore it’s a breath of fresh air to see a director such as Amoedo taking the genre in a new direction and really pushing for a more sombre and atmospheric feel, rather than pure fangs in neck action.

Vampire flicks aren’t something easy to nail and there’s always the potential that it’ll turn into some cheesy Bram Stoker wannabe, but when you’ve got Amoedo and Roth pouring their expertise into it, there’s no doubt it’ll be a success. I’m awfully pernickety when it comes to the crimson drinking kind, but anything that seduces me like An Interview With a Vampire and Stoker is worthy of a high recommendation. The Stranger captures what a gory toothy film should be about; noticeable degrees of gore and violence but an intelligent and moody atmosphere draped with sadness. The vampire life is something that one should not wish for, as it’ll only bring devastation to family, friends and the entire human race.